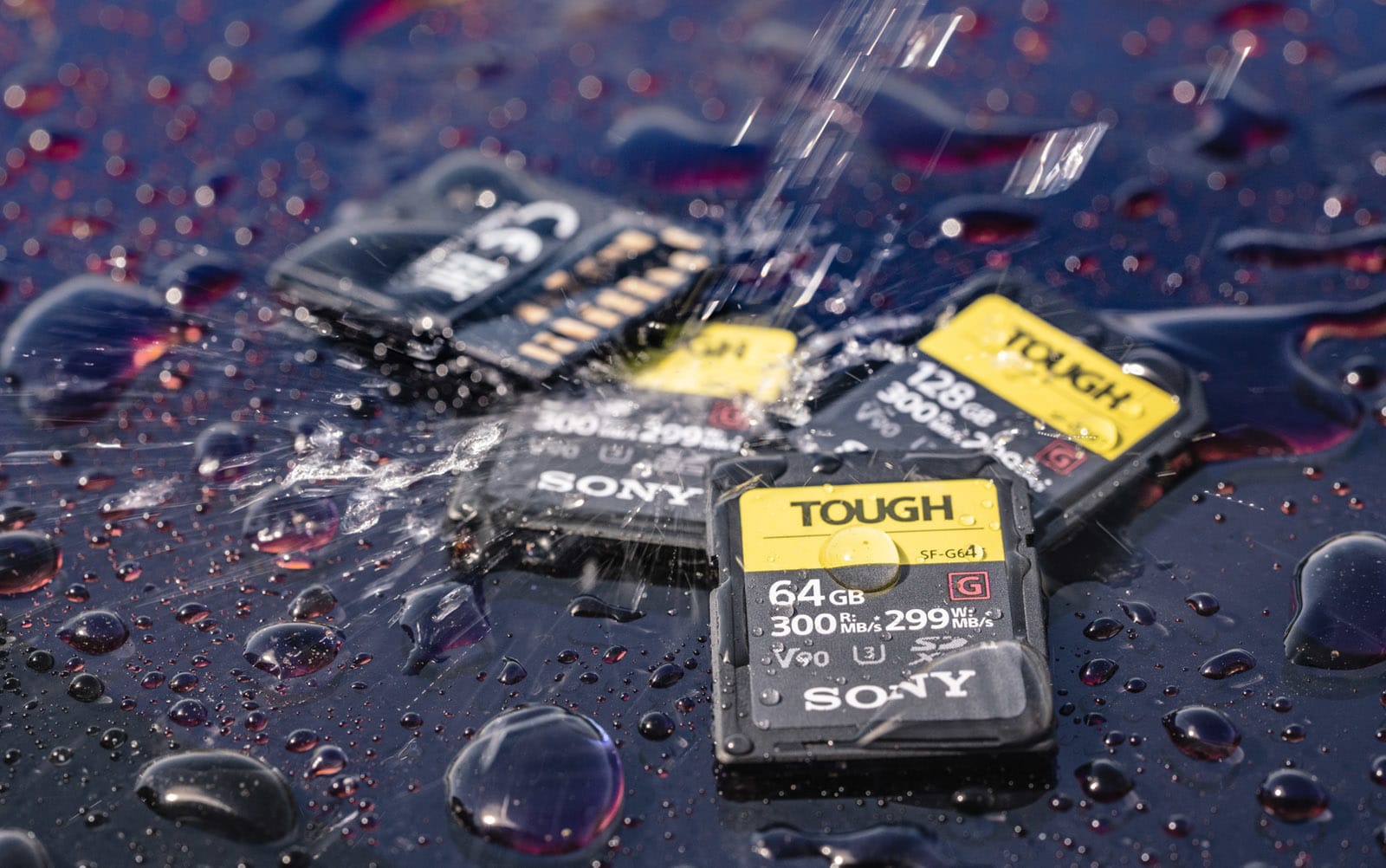 Not content just to have the fastest UHS-II memory cards on the market, Sony wants to have the fastest and strongest. It just unveiled the SF-G series Tough UHS-II SD cards that can handle as much pain as you care to inflict. They're 18 times stronger than standard SD cards, and "use the world's first monolithic structure with a completely sealed one-piece molding," Sony said. As such, they're bend-proof, drop-proof to five meters, waterproof and dust-proof.

They're also, by the way, just as fast as the original SF-G cards, packing read/write speeds of 300 MB/s and 299 MB/s, respectively. That's easily enough to capture 4K video from Sony's A7 III or any other mirrorless camera or DSLR. You'll also be able to shoot bursts of RAW files with less lag when the buffer is full. Furthermore, when you go to transfer the data back to your computer, you'll theoretically be able to do 64GB in just 3.5 minutes.

To eliminate moving parts that could let in water or dust, the SF-G Tough cards have no write protect capability, so do be careful of that. Also beware of the price, which ranges from $73 for the 32GB cards up to $276 for the 128GB model (compared to $215 for the 128GB non-Tough card). If you're on an expedition for National Geographic though, it's a no-brainer. The cards will be available in October.

In this article: bendproof, cameras, dustproof, engadgetoutdoors2019, gear, SDCard, sony, Storage, Tough, UHSII, Waterproof
All products recommended by Engadget are selected by our editorial team, independent of our parent company. Some of our stories include affiliate links. If you buy something through one of these links, we may earn an affiliate commission.