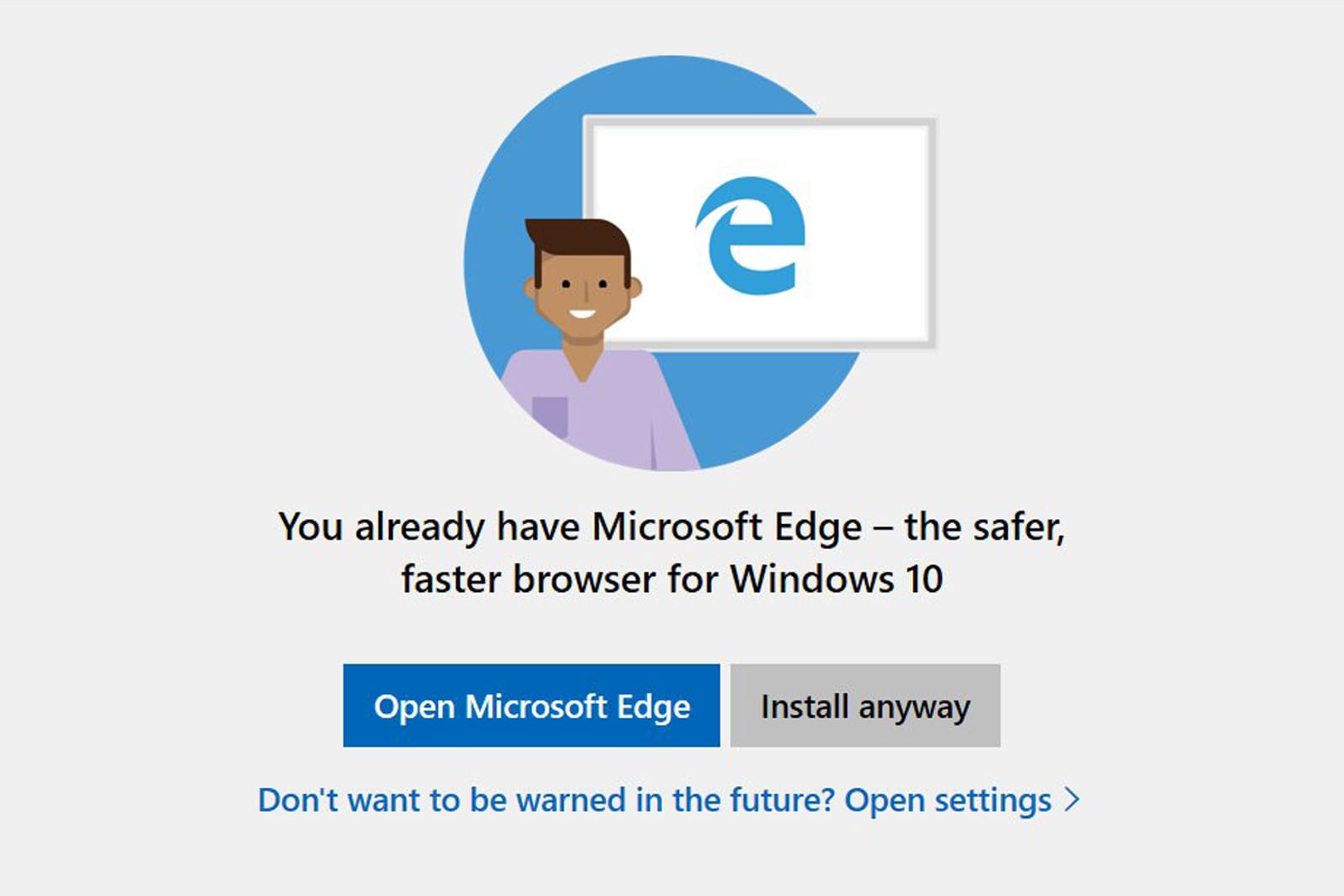 Edge has a reputation as "the browser you use to download Chrome," and Microsoft clearly doesn't like that... to the point where it's using some not-so-kind tactics to drive people away from the competition. Users have discovered that a recent Windows 10 Insider preview pops up a "warning" when you try to run the Chrome or Firefox installers. The dialog box tells you that you don't need to install the competition when "you already have Microsoft Edge." You can choose to install regardless and disable the pop-up in the future, but it's clearly trying to hinder the installation in hopes you'll have second thoughts and give Edge a try.

This isn't the first time Microsoft has promoted Edge despite users' preferences. It briefly tried forcing Windows Mail to open links in Edge, and sent push notifications to Chrome users to encourage switching. However, this move would be particularly direct -- and it might risk a backlash from users who were clearly set on installing a rival browser.

We've asked Microsoft for comment, and it's important to stress that the feature isn't guaranteed to make the cut for the finished version, which is expected to launch as Windows 10's official October update. If it does, however, we can't see antitrust regulators jumping for joy. The European Union has frequently been on Microsoft's case for using its PC operating system monopoly to discourage the use of competing browsers, and it appears that the company is trying that once again.

@MicrosoftEdge What kind of slimy marketing cesspool crap is this Microsoft? I proceed to launch the Firefox installer and Windows 10 pops this up? If I wanted to use your browser, I would. pic.twitter.com/f7jk9sGvYA

Via: Techdows, The Verge
Source: Sean Hoffman (Twitter)
In this article: antitrust, browser, chrome, edge, firefox, gear, google, internet, microsoft, mozilla, personal computing, personalcomputing, software, windows, windows10
All products recommended by Engadget are selected by our editorial team, independent of our parent company. Some of our stories include affiliate links. If you buy something through one of these links, we may earn an affiliate commission.