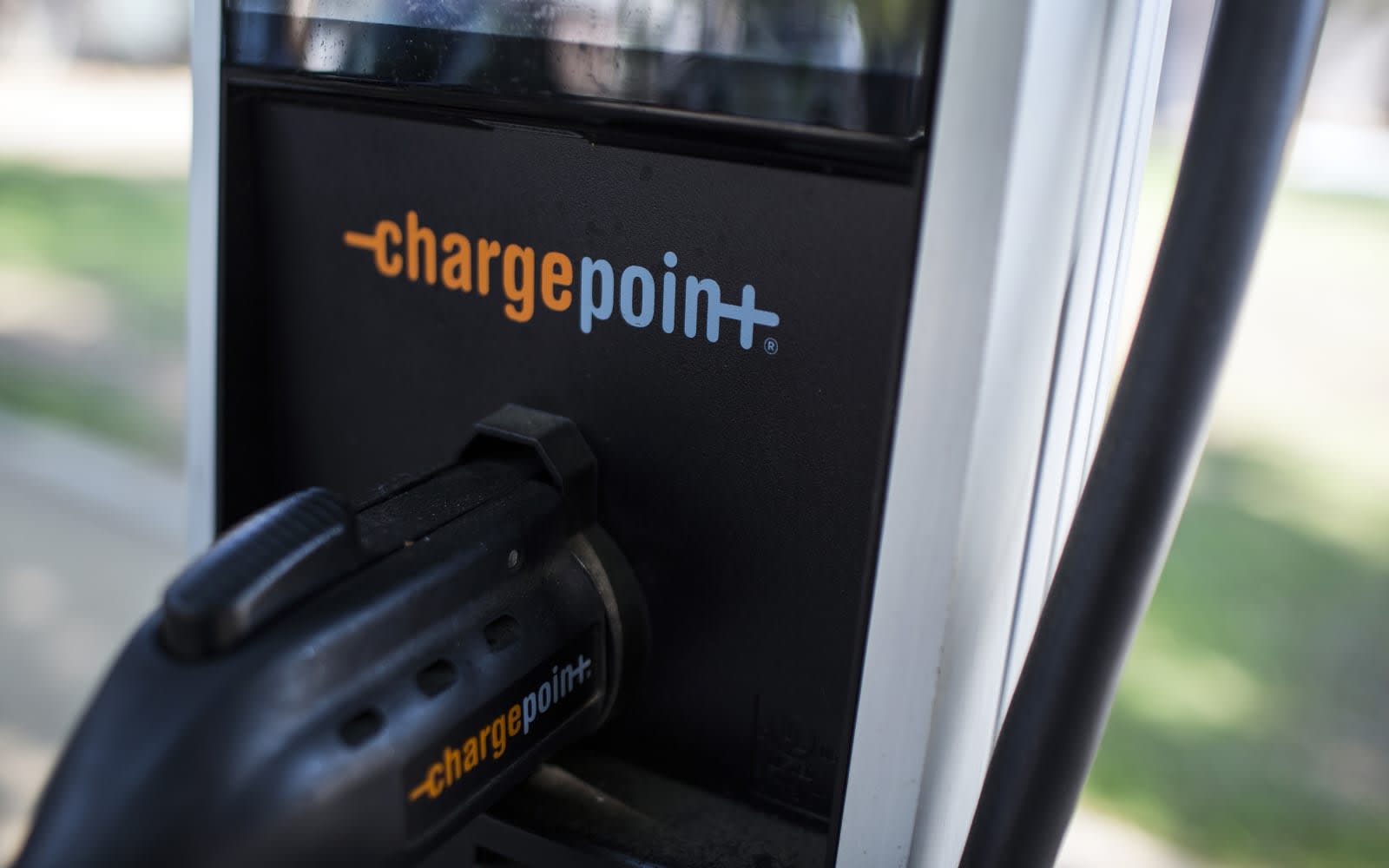 ChargePoint currently operates around 54,000 EV charging points -- sure, it's but a fraction of the number of gas pumps in the world, but it's relatively plenty. Even Tesla's growing Supercharger network only has 11,013 chargers at this point in time. Someday, however, those 54,000 chargers won't be enough, so the company has decided to install a lot more EV chargers in North America and Europe over the next few years. ChargePoint chief Pasquale Romano has announced at the Global Climate Action Summit that the company plans to deploy 2.5 million charging spots by 2025.

Romano said the plan was devised as a response to experts' assumption that Europe and North America will serve as home to as many as 20 million electric vehicles on their roads by mid-2020s. Automakers are bound to release more EV models in the coming years, and it's no secret that they're trying to make them as affordable as possible. "Our commitment to deploy 2.5 million charging spots by 2025 comes as the company embarks on the most significant period of growth in our history and in the midst of a revolution in transportation," he explained.

To be able to reach that goal, ChargePoint has to deploy over 350,000 chargers per year over the next seven years. It took the company 11 years to reach the point that it's operating 54,000 chargers, so it clearly has to work a lot faster and perhaps make some strategic partnerships to make its 21st century gas station vision a reality.

Source: Reuters
Coverage: TechCrunch, Electrek
In this article: chargepoint, ElectricVehicle, gear, transportation
All products recommended by Engadget are selected by our editorial team, independent of our parent company. Some of our stories include affiliate links. If you buy something through one of these links, we may earn an affiliate commission.