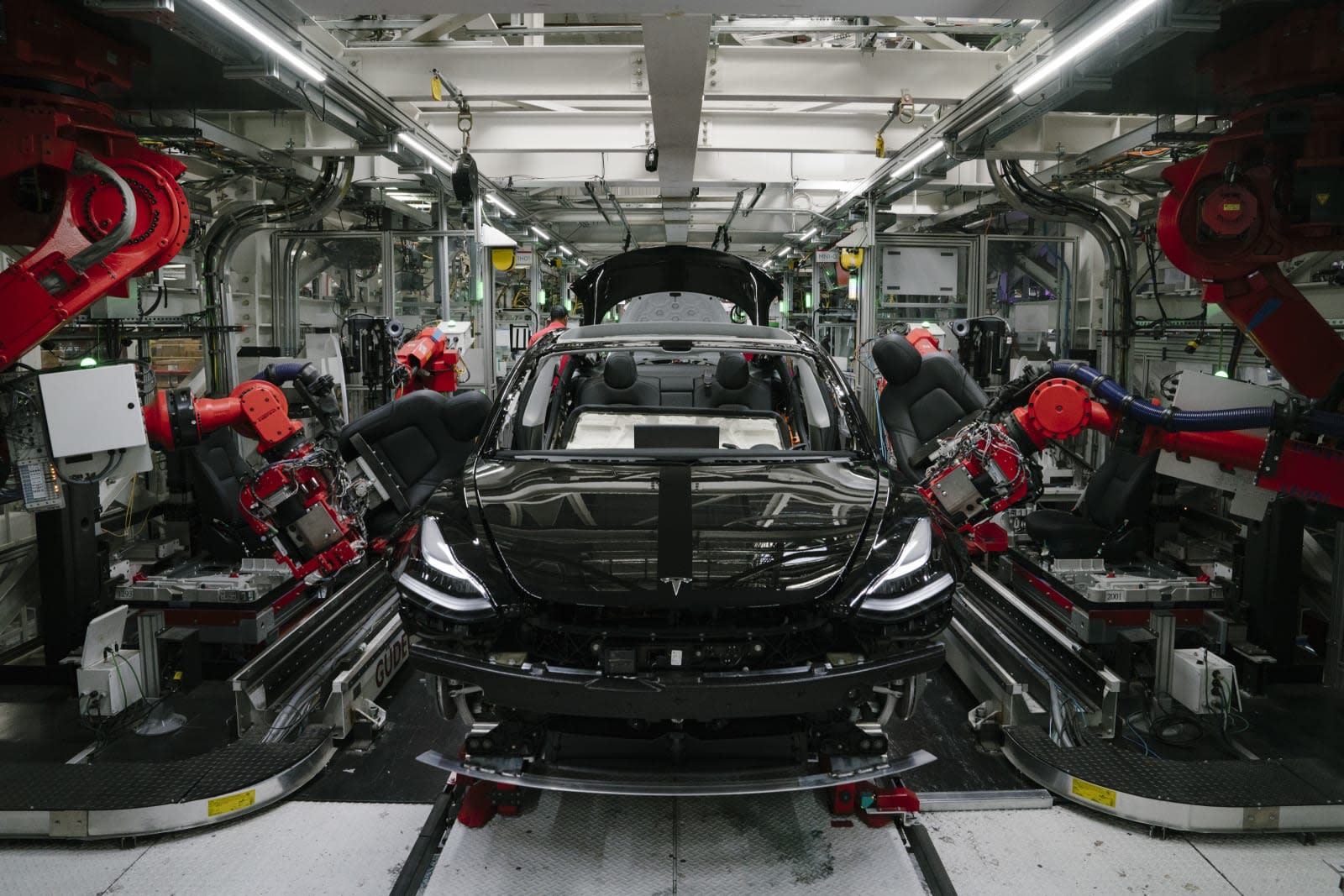 When Elon Musk unveiled Tesla's second master plan, the $35,000 Model 3 represented the price floor. It wasn't set in stone, but you couldn't realistically expect more. However, the dream of a truly affordable Tesla EV just got a little more tangible. When tech YouTuber Marques Brownlee asked Musk in an interview about room for a lower-cost Tesla, the executive estimated that his company could build a $25,000 car in about three years "if we work really hard." This wasn't a promise of a car at that price point, to be clear, but Musk saw the vehicle as possible through a combination of both technical achievements and economies of scale.

He likened it to the progression of the cellphone from the clunky, limited cellphone from Wall Street (Motorola's DynaTAC) to modern smartphones. It took many iterations to get there, Musk said, and you need sheer manufacturing volume and demand to lower the price. This is part of why you can't buy a Model 3 for $35,000 just yet. The technology finally arrived in 2017, but the manufacturing scale still isn't large enough for Tesla to make money on each car at that price point.

The Brownlee chat provided a few additional tidbits. For one, the next-generation Roadster's rear-view mirrors might not be mandatory. Musk believed that manufacturers were required to include them, but owners weren't -- you could theoretically take them off at the track to improve your aerodynamics. The CEO also characterized the Model 3's upcoming Track Mode as more of a general "expert user mode" where you'll get to fine-tune multiple performance characteristics to your liking, not just switch to a pre-set advanced configuration. The worst might be over for Tesla, but it still has a lot on its plate both in the near term and the long run.

In this article: electriccar, electricvehicle, elonmusk, ev, gear, roadster, tesla, transportation, video
All products recommended by Engadget are selected by our editorial team, independent of our parent company. Some of our stories include affiliate links. If you buy something through one of these links, we may earn an affiliate commission.