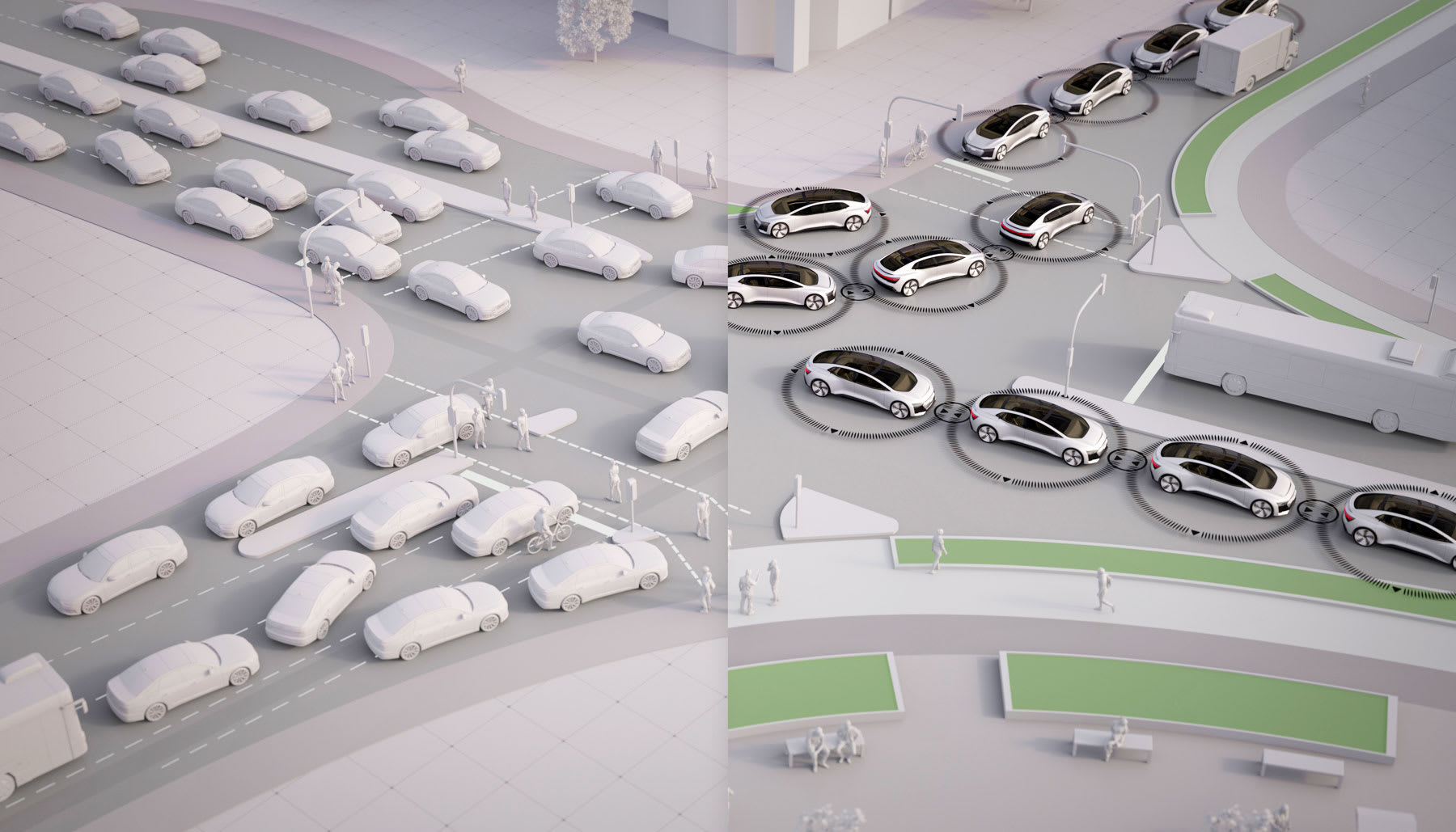 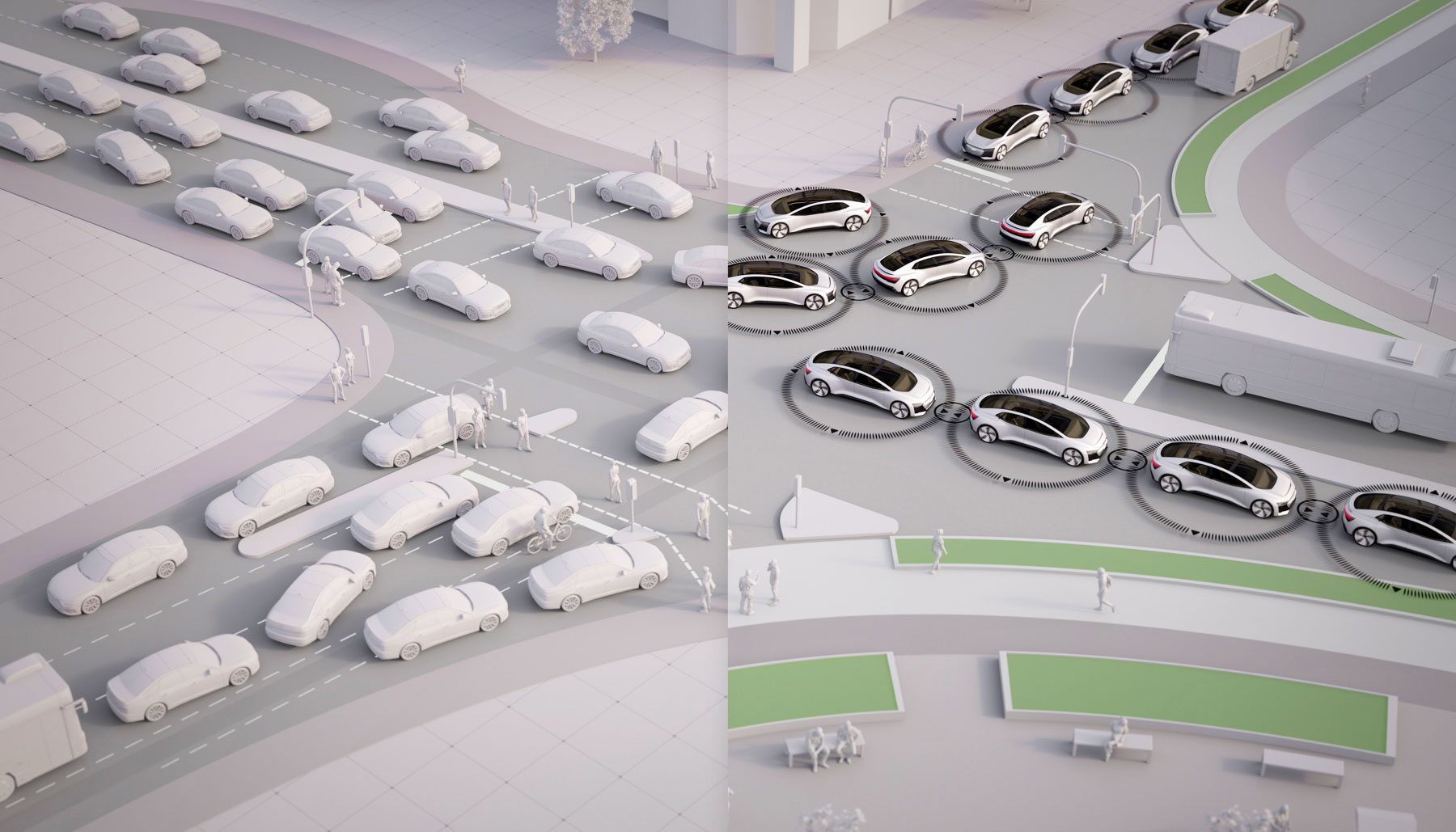 It's easy to think that once cars start driving themselves most of our traffic woes will be eliminated. Robocars are supposed to be better drivers and better driving should mean less gridlock. Unfortunately, that drop in bumper-to-bumper hell won't be as big as we all hoped, according to Audi's research.

At Audi's Charged event (where it will unveil the E-Tron), the automaker gave Engadget a sneak peek at its latest 25th Hour Flow research. The company (along with the Karlsruhe Institute for Technology and Munich's MobilityPartners) peered into the future to see how drivers and passengers can reclaim time thanks to autonomous driving and mobility options. During this year's research, Audi looked at traffic flow in Ingolstadt, Germany, the home of its headquarters. 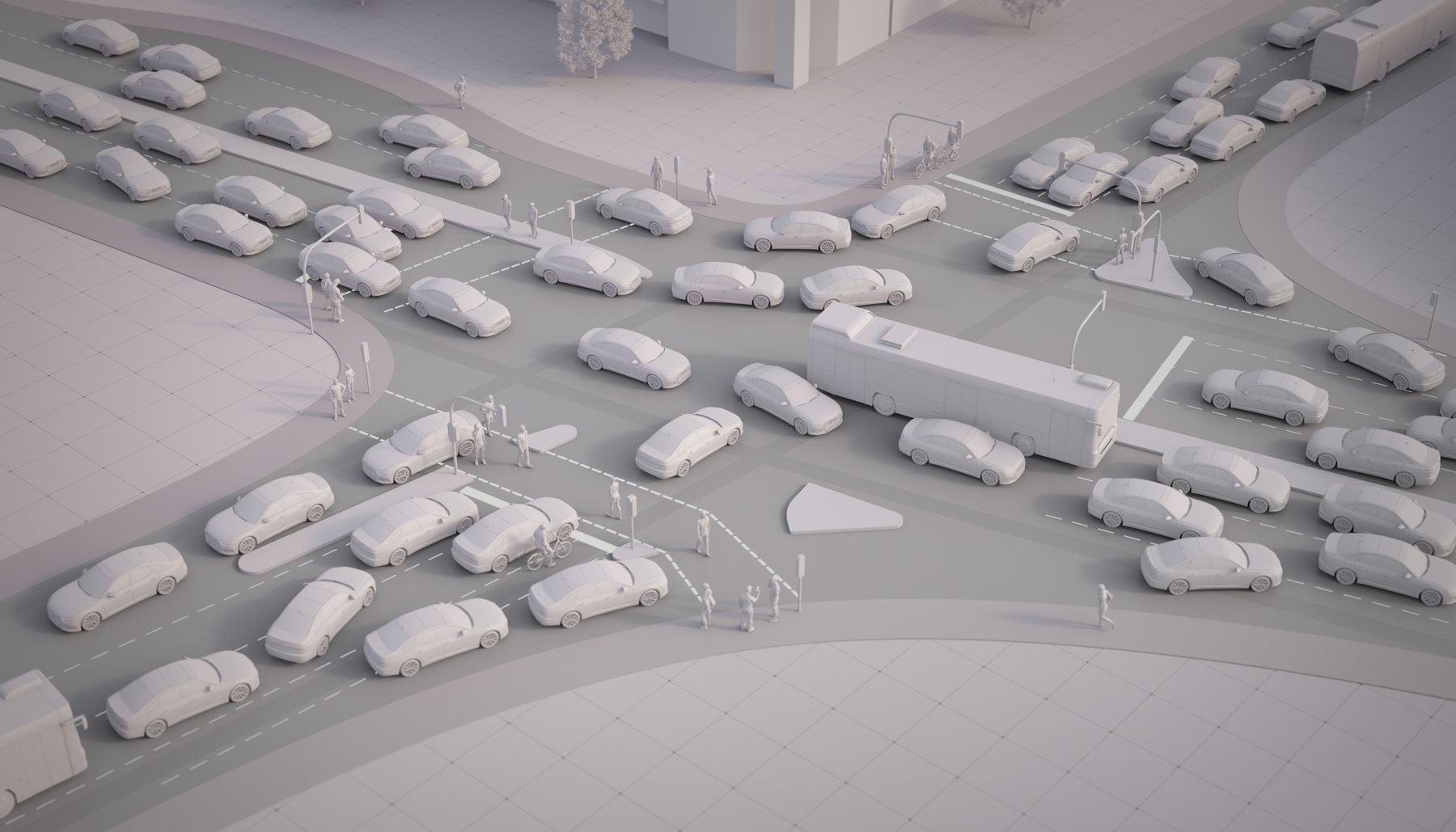 The researchers learned that a city with 100-percent-self-driving cars will reduce commute times by a third, even with 10 percent more vehicles on the road. But that vehicle utopia is decades away and, in the meantime, city streets are increasingly strangled by cars during morning and evening commutes. Basically, it's going to take more than self-driving cars to make our roads less congested.

"Automation will not solve the problems alone," Martin Margreiter, traffic expert and founder at MobilityPartners Munich said during a briefing. Cities themselves need to take action even if it's incremental. That includes municipal transportation districts and automakers sharing data with each other. The more information both sides have about traffic conditions, the better they can react to how people travel through a city. For Audi's part, it's worked with Las Vegas on its traffic light countdown technology. It's a first step and could be helpful in other cities. Unfortunately, there's not a one-size-fits-all solution. 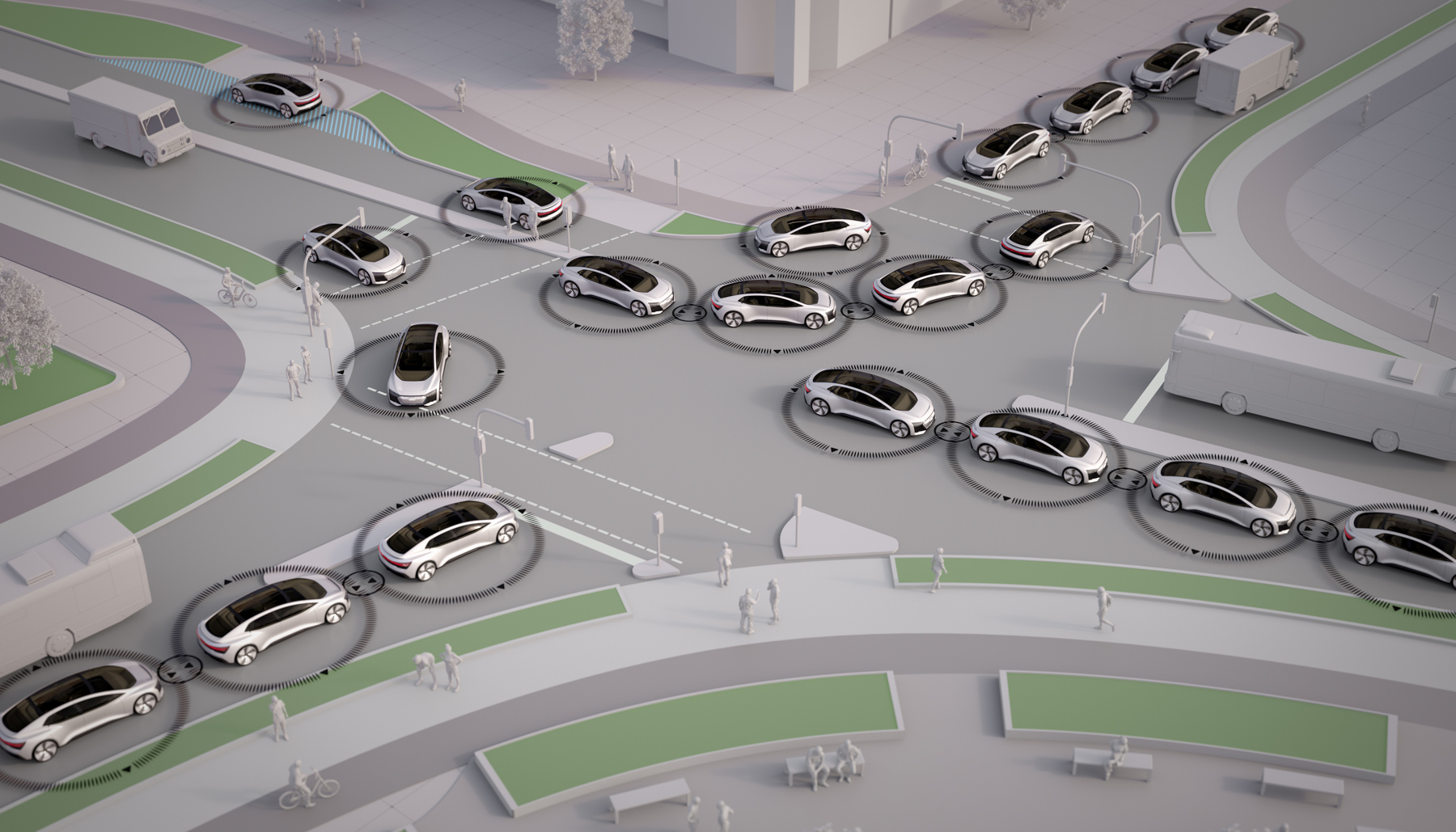 "You can't compare one city to another," said Melanie Goldmann, head of trend communication at Audi. The team chose Ingolstadt not just because it's the headquarters (but mostly because) but also it's an average-size city without much of a public-transportation network. While Audi is learning quite a lot from its study, it's quick to point out that not everything it learns in its hometown will translate to other areas.

The one thing that will work universally is increasing the occupancy rate in cars. According to Audi's research, with a rise in persons per vehicle to 1.3 from 1.1 (with only 20 percent of the cars on the roads being self-driving), commute times would drop by 12 percent -- even with 4 percent more people on the roads. As the rate of automated vehicles with multiple riders rises (including buses), Audi sees cities reclaiming space used by cars to be used by bikes, pedestrians and even adding parks and other green areas to a road once packed with gridlock. It calls this scenario: Balance.

You can check all the scenarios and how they affect traffic thanks to the handy tool the automaker built for its research below.

Frankly, that's what we need. A balance of all involved taking part to reduce congestion and reclaim the massive amount of space cars take up in our cities. It involves making decisions that work best for an area and implementing them. It won't happen overnight and it'll be tough for municipal areas strapped for cash.

But if people are willing to start sharing rides now (that includes taking the bus) and urging their elected officials to make incremental changes towards a smarter infrastructure when autonomous cars do finally land on our streets, the benefits will be impressive. Because alone, a self-driving car with a single passenger is barely better than a car with only the driver behind the wheel.

In this article: 25thhour, 25thhourflow, Audi, AutonomousVehicles, business, design, flow, gadgetry, gadgets, gear, green, SelfDrivingCar, services, tomorrow, transportation
All products recommended by Engadget are selected by our editorial team, independent of our parent company. Some of our stories include affiliate links. If you buy something through one of these links, we may earn an affiliate commission.