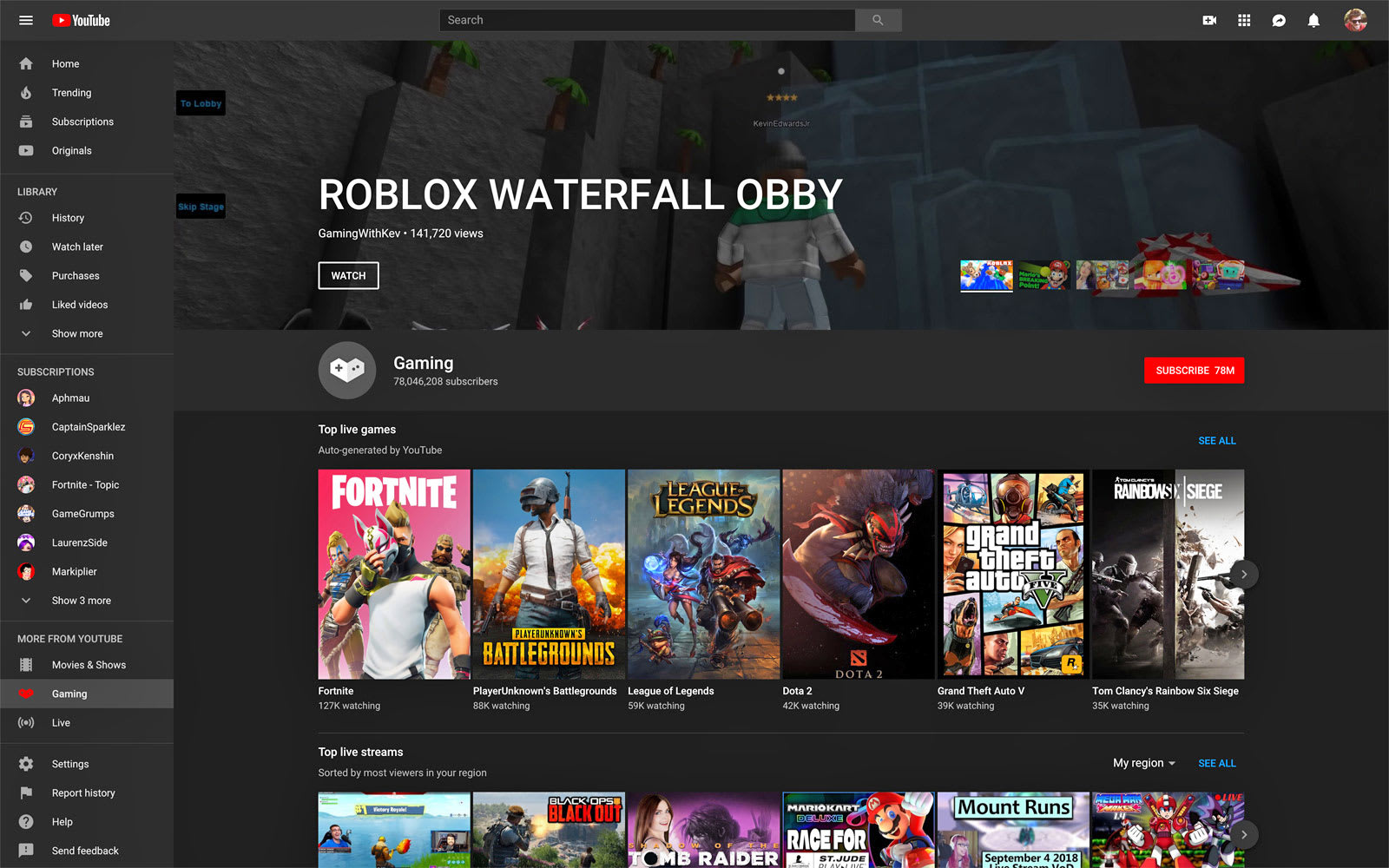 YouTube is as determined as ever to compete with Twitch, and it's giving its dedicated gaming portal a makeover to make sure that happens. The new YouTube Gaming hub borrows key features from the mobile app, including faster access to top live streams, pages for specific games and a new "On the Rise" section that highlights up-and-coming creators. You'll also find entire "shelves" for both live streams and trending videos on top of personalized content that reflects your tastes and subscriptions.

The revamp won't come without its casualties. YouTube is axing the mobile Gaming app on March 2019 due to its limited reach. YouTube can cater to a "far bigger" number of gamers through its main portal, the company said. To put it another way, most people were content to visit YouTube proper on their phones than checking out a curated gaming experience.

YouTube has become more of a force in the gaming world thanks to record-setting streams and overall familiarity. Over 200 million gamers visit every day, it said, and they've watched 50 billion hours of gaming-related material in the past year. However, there's little doubt that Twitch remains the giant in the livestreaming world with 15 million daily visitors (as of the end of 2017) who are largely there to watch live feeds, not pre-recorded clips. The redesign could draw more attention to YouTube's live efforts and give you a reason to visit YouTube beyond the latest Let's Play video.

Source: YouTube
In this article: app, games, gaming, gear, google, internet, livestreaming, mobile, videogames, youtube, youtubegaming
All products recommended by Engadget are selected by our editorial team, independent of our parent company. Some of our stories include affiliate links. If you buy something through one of these links, we may earn an affiliate commission.