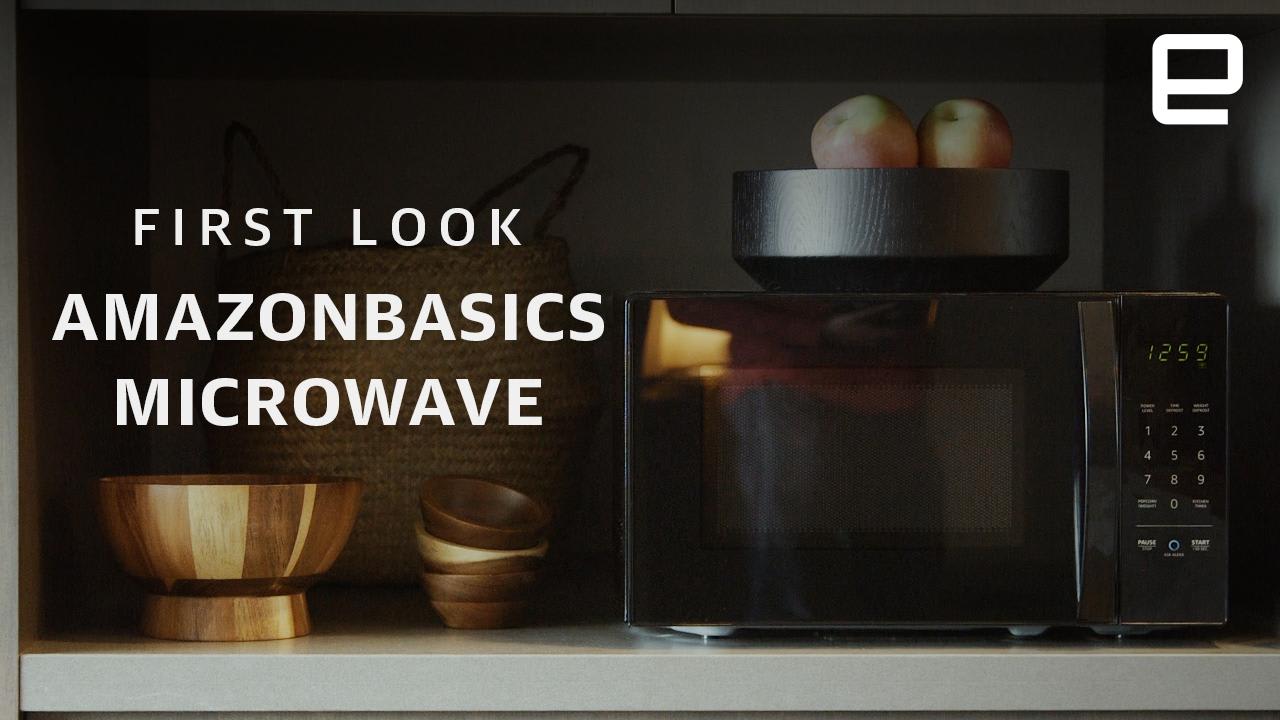 One of the most surprising announcements from today's Amazon event was a microwave oven, of all things. It's part of the AmazonBasics line of products, and you can use it for reheating food, making popcorn or, you know, using it for whatever a normal microwave would do. Except there's one special thing about it -- it works with Alexa. And while that might sound like a cool thing at first, I can't help but think it's really quite unnecessary. For one thing, Alexa isn't actually built into it. It's billed as an "Echo companion device," which means you'll still need an Echo of your own to pair it with. You essentially connect the two together via Bluetooth and the Alexa companion app.

From there, you can use it in one of three ways. One, you can use it manually, like a normal microwave. Second, you can use Alexa commands, like "Alexa, microwave on high for two minutes." In a demo following the Amazon event, an Amazon spokesperson walked me through a few other usecases, like "Alexa, one potato" or "Alexa, popcorn." According to him, there are over 20 different quick-cook presets.

The third option is to press the "Ask Alexa" button on the microwave. All this does is obviate the need to say "Alexa" or "microwave." In my demo, the spokesperson pressed the button and then said "Reheat coffee" and the microwave fired up automatically. You can also stop the microwave by saying "Stop" or add time by saying "Add 30 seconds," for example.

Additionally, there's also an integrated Dash replenishment service, at least when it comes to popcorn. Pick your choice of popcorn on Amazon, and as you go through your supply, it'll automatically figure out you're running low, and re-order the next batch automatically. This seems to only be for popcorn, however, and not for frozen dinners or anything else you might want to microwave on a regular basis.

As far as I'm concerned, the only two somewhat useful features of this microwave are the quick-cook presets -- which most microwaves have anyway -- and the Dash replenishment. Otherwise, telling Alexa to heat my food when I'm standing right next to the microwave already seems the height of ridiculousness. Why talk to it when I could just press a couple buttons?

Not to mention that the microwave itself just looks, well, boring and basic. I'm definitely not putting this ugly thing in my newly renovated kitchen. But hey, if you can't live without a never-ending supply of popcorn or you just like trying out new gadgets, you can pre-order this right now for $60.

In this article: alexa2018, alexamicrowave, amazon, amazonbasics, amazonbasicsmicrowave, gear, home, microwave
All products recommended by Engadget are selected by our editorial team, independent of our parent company. Some of our stories include affiliate links. If you buy something through one of these links, we may earn an affiliate commission.