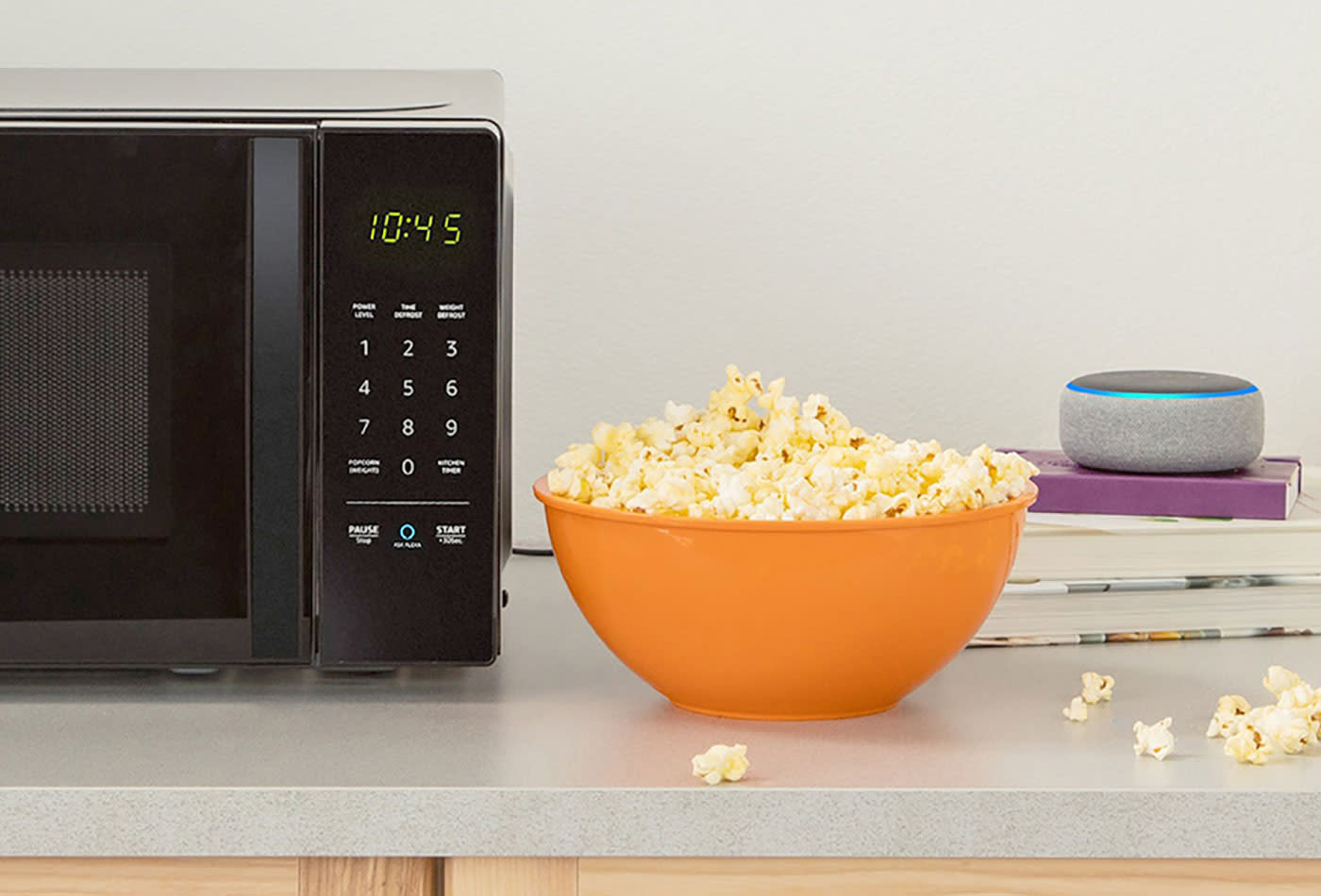 Amazon is continuing its quest to make as many of its own Alexa devices as possible, launching a slew of new gadgets and features at its event in Seattle today. One of the more unusual announcements is the new AmazonBasics microwave, which, predictably, you can control with Alexa.

The new microwave will connect to your Echo device via Bluetooth, just like the newly announced Wall Clock. A challenge in building this device was getting WiFi inside the microwave and working, Amazon said, but it's managed to figure that out. The team has also integrated Dash replenishment services inside the microwave. If you run low on popcorn, for instance, you can easily order more. The appliance comes with a "built-in Ask Alexa button" for you to talk to the assistant. At its event, senior vice president of Amazon Devices Dave Limp said "Alexa, one potato" to the microwave, and it set a timer and turned on. He then said "Alexa, add 30 seconds to the microwave," and the assistant updated the countdown. He also told Alexa to stop the microwave. The nice thing about telling Alexa to cook your food is you won't have to agonize over how long to heat different things. The new microwave will come with "dozens of quick-cook voice presets," much like traditional microwaves already offer, except you won't have to lift a finger.

Of course, this isn't the first microwave with Alexa voice control features, other companies like GE, Whirlpool, Kenmore, LG and Samsung have either made or are working on appliances with Amazon's cooking Skill. But this is the first Amazon-branded microwave, meaning it's hardware from the company itself and offers better integration with Alexa. The AmazonBasics brand also tends to be cheaper than competitors, giving consumers greater options. The new microwave will be shipping later this year, and you can pre-order it now for $60.

In this article: alexa, alexa2018, amazon, AmazonAlexa, gadgetry, gadgets, gear, home, microwave, SmartHome
All products recommended by Engadget are selected by our editorial team, independent of our parent company. Some of our stories include affiliate links. If you buy something through one of these links, we may earn an affiliate commission.