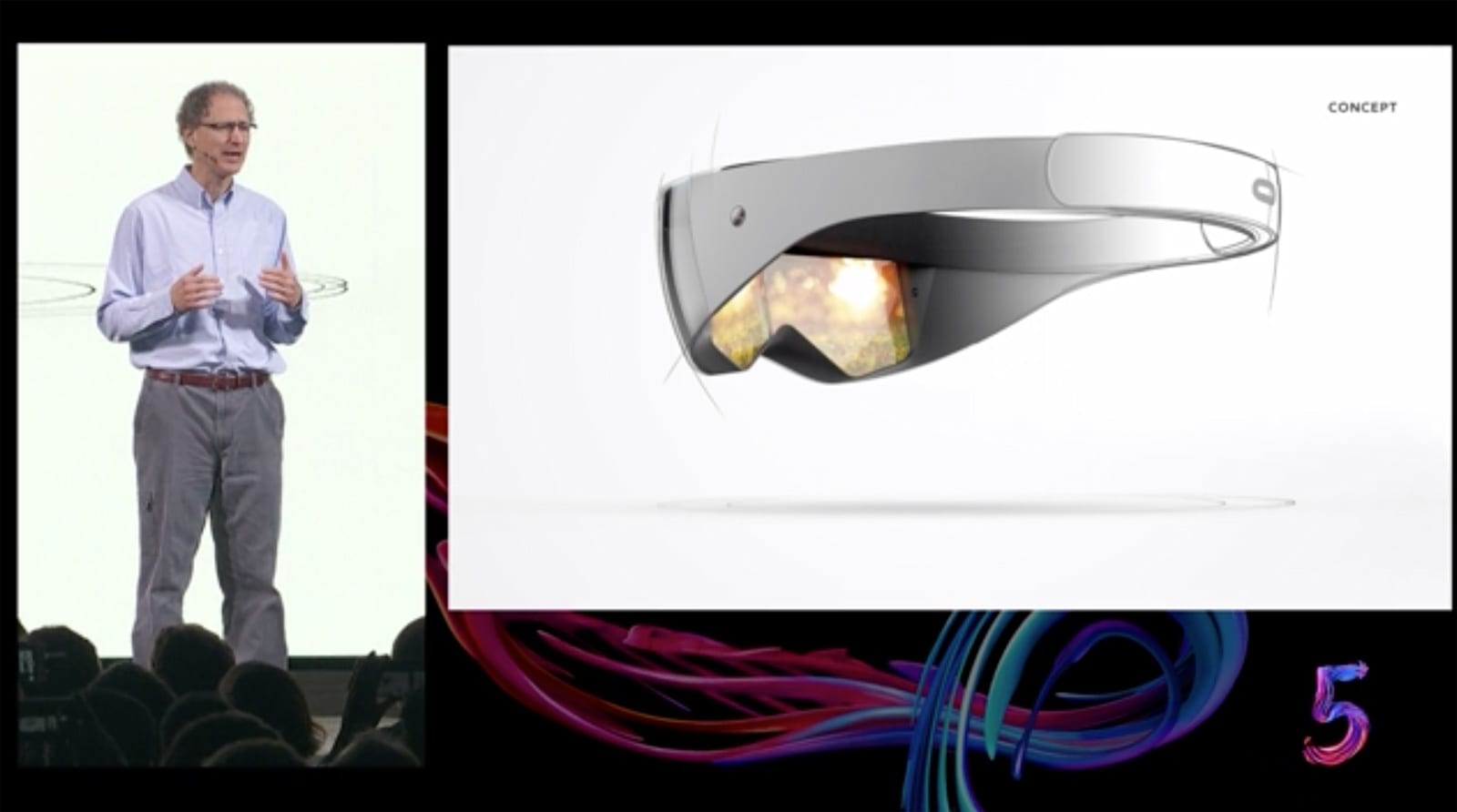 Oculus' virtual reality ambitions extend well past standalone headsets. In a talk at Oculus Connect 5, the company's Michael Abrash updated his predictions for the future of VR headset technology. Most notably, he sees an end to the bulky headsets that define the experience today. Pancake lenses (already in use with interchangeable lens cameras) could slim down headsets or lead to ultra-wide fields of view, but the real star may be waveguide displays, where light bounces down extremely thin glass plates. You could see VR headsets that are scarcely thicker than glasses, with images that are as wide as you need. Abrash showed a concept drawing (this isn't a hint at a future product, he stressed) for a headset that would make your Rift or Go look positively ancient, although he wouldn't predict just when you might see such a device.

You would also see augmented reality glasses that are "socially acceptable," Abrash said.

He was also confident that a slew of other technologies would be ready within four years. Foveated rendering (where a device only renders full detail for whatever's directly in front of your eyes) could dramatically improve VR performance by reducing the detail of peripheral imagery and reconstructing it with AI. The eye tracking you need (present in Half Dome) should be practical in four years, too. Abrash was also confident in his spatial audio predictions.

You could also see uncanny mixed reality experiences in a similar time frame. Abrash showed off capture technology that could produce digital versions of real environments with uncanny accuracy. This takes a while to process right now, but the Oculus veteran predicted that instant capture would make it possible to interact with someone else's real-world space in a convincing way. You'll also see authentic-looking humans, too. Oculus has been developing machine learning-based "codec avatars" that replicate even the smaller details of people with eerie accuracy. If this pans out, virtual meetings would be a shoo-in -- you could visit family as if you were there, with the absence of tactile feedback as the only thing that could break the illusion.

Source: Oculus (Facebook)
In this article: augmentedreality, facebook, foveatedrendering, gear, headseet, mixedreality, oculus, oculusconnect5, tomorrow, virtualreality, vr, waveguide, wearables
All products recommended by Engadget are selected by our editorial team, independent of our parent company. Some of our stories include affiliate links. If you buy something through one of these links, we may earn an affiliate commission.