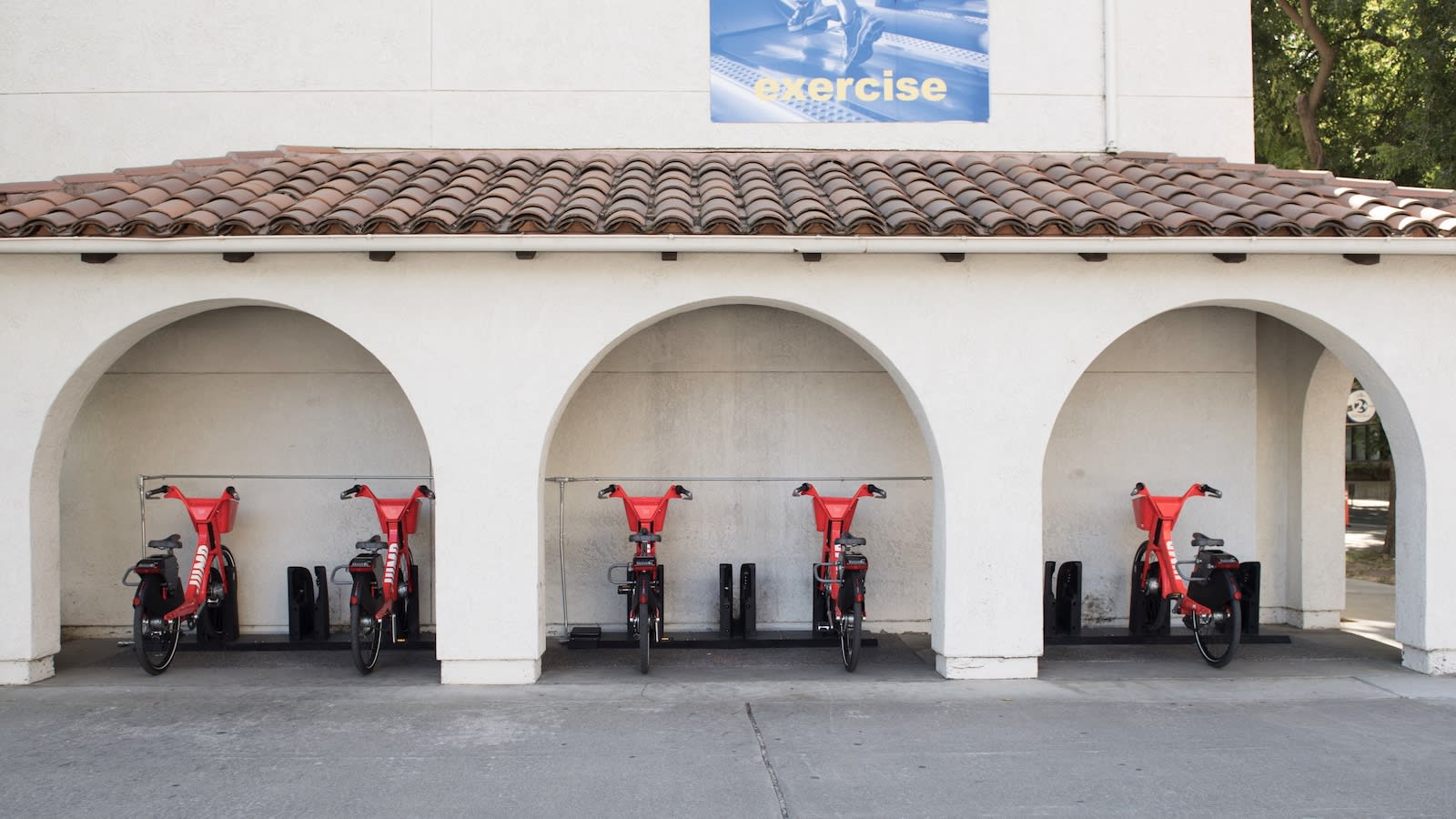 Uber made a handful of announcements today centered on sustainable mobility, including a new fund, partnerships that support data sharing and charging docks for its Jump bikes. CEO Dara Khosrowshahi said in a post today that as more people use Uber's platform as a means for transportation, the company's technology becomes an increasingly important part of the cities in which it's used. "With that comes a responsibility: we recognize we need to step up and support cities that take bold steps to solve their transportation problems," he said. "We are in a unique position to have a meaningful and positive impact on the communities we serve across the globe -- a responsibility we don't take lightly."

As part of this effort, Uber will put $10 million over the next three years towards ideas "that put the long-term public interest over maintaining the mobility status quo." One of the ideas it's already backing is congestion pricing, advocating for the move in New York City, which is considering charging vehicles a fee when operating during peak congestion hours. The company has committed $1 million in its campaign for the tax, which as Khosrowshahi puts it, would be on Uber's "core business." However, it should be noted that Uber plans to pass those fees onto riders since it's the rider's behavior such fees are intended to adjust. "The whole point is to provide the correct incentive to the rider," Andrew Salzberg, head of Uber's transportation policy, told The Verge.

Further, to improve the available data that cities have to work with when considering new policies, Uber is partnering with the nonprofit SharedStreets, donating $250,000 to the group and helping develop new standards for how private firms, like itself, can share valuable traffic information such as road speed data with the cities in which they operate. "This is something cities have been asking us for, and we're thrilled to be able bring it to life in cities across the globe," said Khosrowshahi.

Lastly, Uber will begin rolling out charging stations for its dockless Jump e-bikes. This will allow these bikes to be charged in areas where people tend to drop them off anyway instead of them having to be collected and charged elsewhere. This effort will kick off in Sacramento, where Uber says it's "partnering closely" with public authorities.

Uber's reputation was dealt a number of blows over the past few years as it was involved in scandal after scandal while under the helm of former CEO Travis Kalanick. And these announcements are the latest moves from a company working to improve that tarnished image. Khosrowshahi reiterated that Uber was committed to doing its part to solve urban problems, adding that the company was "thrilled to be making steps toward delivering on that promise."

Source: Uber
In this article: congestion, e-bike, gear, jump, sustainability, traffic, transportation, uber
All products recommended by Engadget are selected by our editorial team, independent of our parent company. Some of our stories include affiliate links. If you buy something through one of these links, we may earn an affiliate commission.