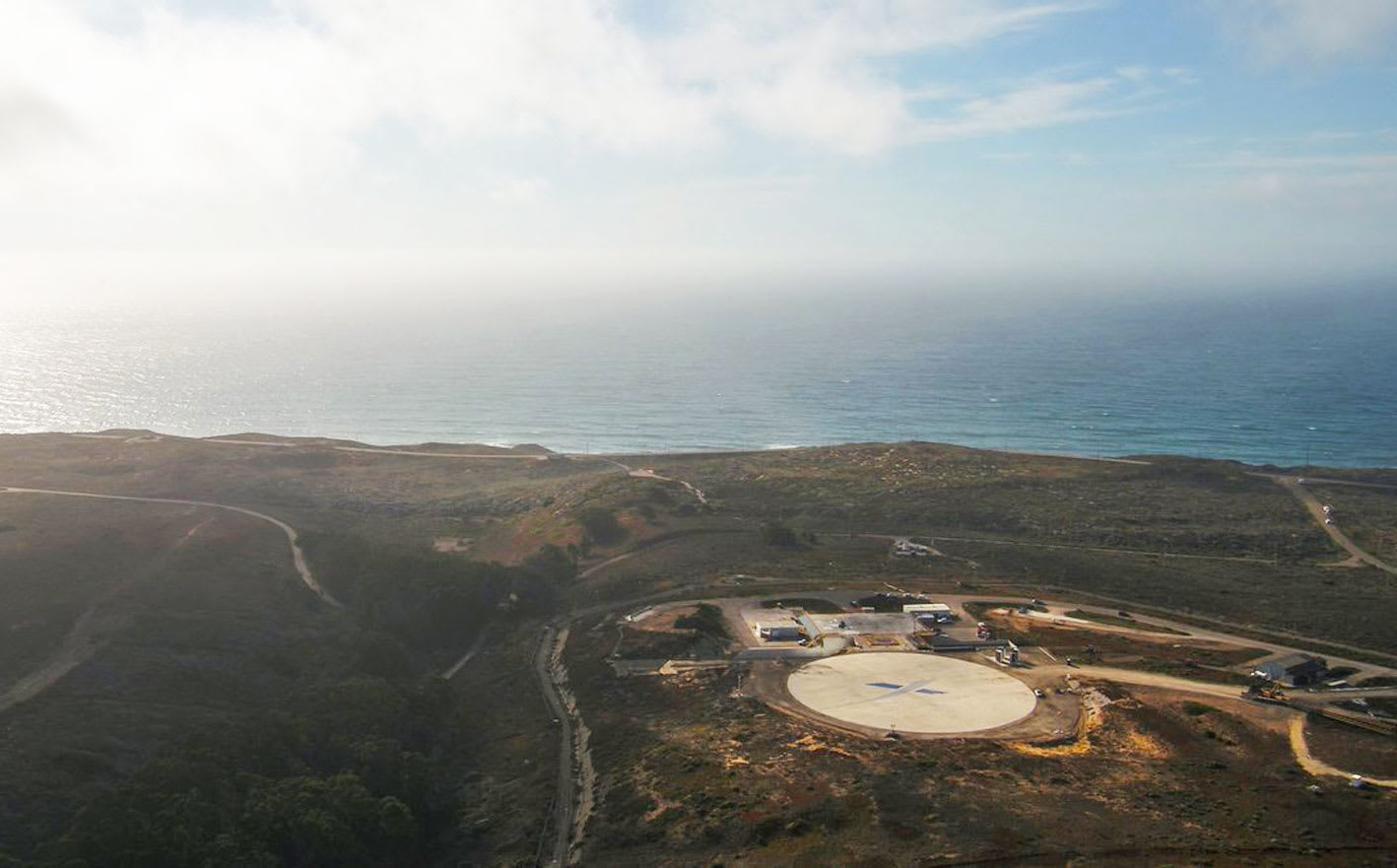 SpaceX may be an old hand at rocket landings by this point, but there are still a few firsts left. The private spaceflight company is launching Argentina's SAOCOM 1A satellite from Vandenberg Air Force Base at 10:21PM Eastern (7:21PM Pacific), and you'll want to watch what happens on the way down. If all goes according to plan, this will be SpaceX's first ground landing on the West Coast -- it used a drone ship for California missions until now. You can start watching live on YouTube (below) 15 minutes before takeoff.

Whether or not you're following the launch, you'll probably hear it if you're a local. Vandenberg has warned people in Santa Barbara, San Luis Obispo and Ventura counties that they might hear multiple sonic booms as the Falcon 9's first stage touches down at the base's Landing Zone 4.

As The Verge noted, SpaceX hasn't been making sea landings by choice. Elon Musk's company had leased a former Titan rocket launch site in 2015 to build its own landing pad, but it it hasn't received clearance. It's landing on terra firma after successfully obtaining a license for the pad this summer. You can expect more rocket landings after this, then.

Be ready for a sudden change in plans. There's no specified launch window, and that could force SpaceX to move liftoff to October 11th if it has to scrub the launch on the 7th.

Update: The Falcon 9 stuck its landing at Vandenberg Air Force Base, marking its first ever touchdown on California soil. Watch the drama (shrouded by night conditions) in the video below.

Via: The Verge
Source: SpaceX (YouTube)
Coverage: Vandenberg AFB
In this article: california, falcon9, gear, livestream, reusable, reusablerocket, rocket, saocom, saocom1a, space, spacex, VandenbergAirForceBase, video
All products recommended by Engadget are selected by our editorial team, independent of our parent company. Some of our stories include affiliate links. If you buy something through one of these links, we may earn an affiliate commission.