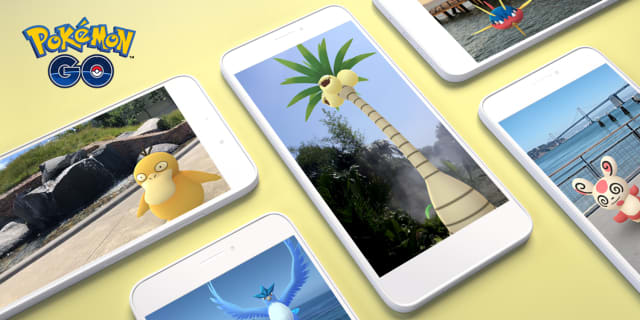 Pokémon vary in size, from as small as 4 in. to as tall as 47 ft. But for Android users, regardless of size, Pokémon looked kind of the same. Well developer Niantic has released a new update for the Android version of Pokémon Go which incorporates the ARCore. The enhanced AR mode was released in iOS back in December of 2017.

Called Pokémon Go AR+ Android users can download ARCore from the Google Play Store and finally see the scale of Pokémon out in the real world. As players walk up to Pokémon, it will scale in size and will notice player movements. Not all devices are supported, but already users on Twitter are taking photos of Pokémon, and the scale seems to be matching up correctly.

Source: Pokemon Go
In this article: ar, ar+, arcore, gadgetry, gadgets, gaming, gear, googleplay, nintendo, pokemon, pokemongo, scale
All products recommended by Engadget are selected by our editorial team, independent of our parent company. Some of our stories include affiliate links. If you buy something through one of these links, we may earn an affiliate commission.