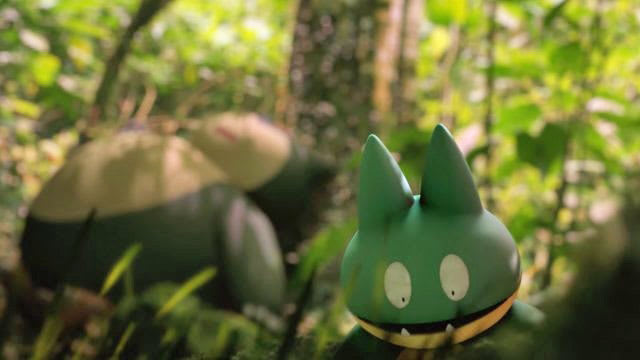 The Pokémon Company has announced that monsters from the Sinnoh region -- the Diamond and Pearl games -- are now available in Pokémon Go. Players will now be able to capture favorites like Turtwig, Chimchar and Piplup as they make their debut in the still-popular mobile AR game.

If you're rearing to become a Pokémon master, there's some bittersweet news. If you want to catch all the Pokémon in this update, not only will you need to get off your couch, but you'll need to jump on a plane. According to the Pokémon Go aficionados at the Silph Road Reddit community, they're noticing that certain creatures can only be found in specific localities.

For example, Carnivine, the Venus flytrap Pokémon, can only be found in the Carolinas, where such plants are indigenous. And since it's a grass-type, it's also appearing in Florida, Maryland and Georgia. Pachirisu, the electric-squirrel Pokémon -- and a fan favorite -- seems to be exclusive to Saskatchewan, Canada. Trainers are still compiling their findings, however, so certain Pokémon may soon be discoverable elsewhere.

Region-exclusive Pokémon are nothing new to the game. Critters like Farfetch'd is exclusive to Asia while Kangaskhan is exclusive to Australia. Niantic will continue to release more Pokémon in waves, as it has done with past generation roll-outs.

While Pokémon Go might not have the same fever pitch it did in the Summer of 2016, developer Niantic has been putting a lot of work into the game, and is worthy of a second try. It will definitely help you prep for what's to come in the upcoming Pokémon! Let's Go Pikachu and Pokémon! Let's Go Eevee.

Via: Polygon
Source: Pokemon Go
In this article: diamond, exclusive, gaming, gen4, geneartioniv, geniv, mobile, niantic, pearl, pokemon, pokemongo, region, thepokemoncompany
All products recommended by Engadget are selected by our editorial team, independent of our parent company. Some of our stories include affiliate links. If you buy something through one of these links, we may earn an affiliate commission.