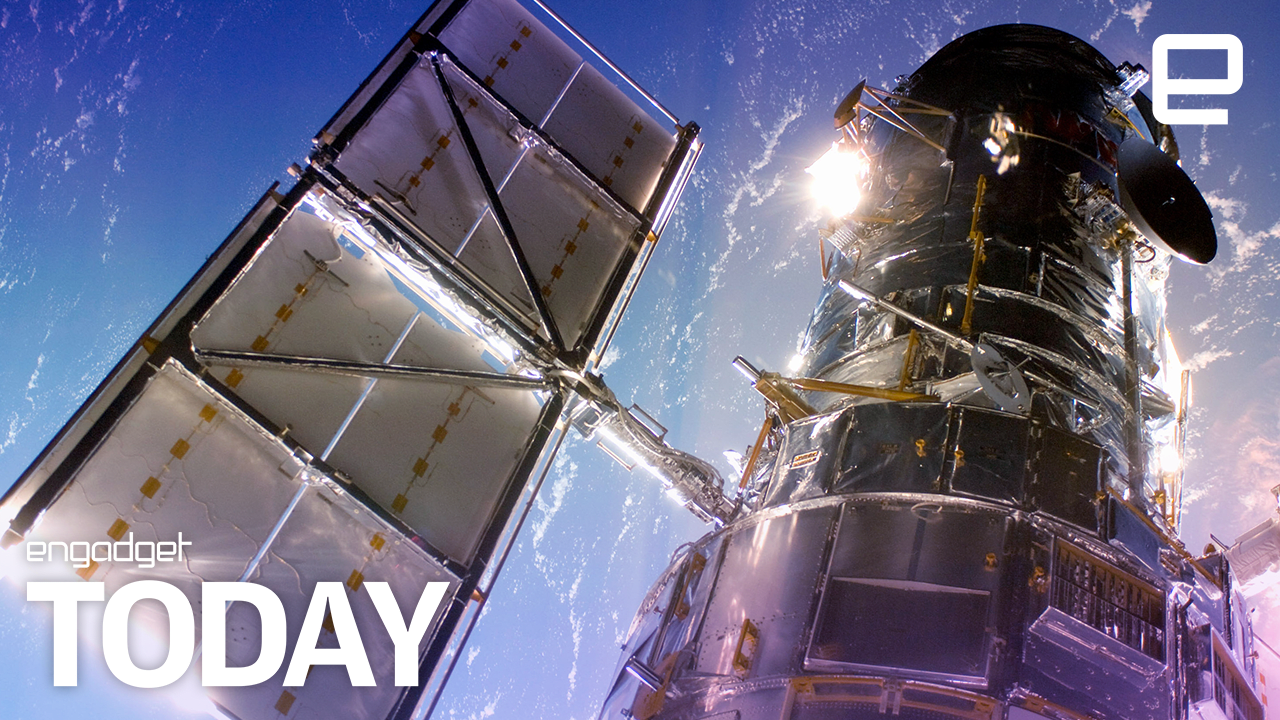 Hubble's designers prepared for gyroscope failure by equipping the observatory with a backup. Unfortunately, when one of Hubble's gyroscopes conked out in early October, the backup didn't work as expected -- it was rotating too fast and hence won't be able to hold the telescope in place when it needs to stay still and lock in on a target. NASA has since been able to reduce its rotation rates and fix its issues by implementing an age-old fix for malfunctioning electronics: turning it off and on again.

Back to science! @NASAHubble is well on its way to normal science operations after a series of spacecraft stability tests commanded by our operations team. After evaluate its performance, the telescope is expected to return to science as usual. Learn more: https://t.co/KPKMDMO6dr pic.twitter.com/yOfaagZlep

The process sounds a thousand times more complex than simply pressing a switch, though. The Hubble team had to move the gyro around while switching it from high-rotation to low-rotation mode again and again in order to clear any blockage that might be preventing it from working properly. Here's how NASA describes it:

"In an attempt to correct the erroneously high rates produced by the backup gyro, the Hubble operations team executed a running restart of the gyro on Oct. 16th. This procedure turned the gyro off for one second, and then restarted it before the wheel spun down. The intention was to clear any faults that may have occurred during startup on Oct. 6th, after the gyro had been off for more than 7.5 years. However, the resulting data showed no improvement in the gyro's performance.

On Oct. 18th, the Hubble operations team commanded a series of spacecraft maneuvers, or turns, in opposite directions to attempt to clear any blockage that may have caused the float to be off-center and produce the exceedingly high rates. During each maneuver, the gyro was switched from high mode to low mode to dislodge any blockage that may have accumulated around the float.

Following the Oct. 18th maneuvers, the team noticed a significant reduction in the high rates, allowing rates to be measured in low mode for brief periods of time. On Oct. 19th, the operations team commanded Hubble to perform additional maneuvers and gyro mode switches, which appear to have cleared the issue. Gyro rates now look normal in both high and low mode.

NASA will conduct a few more tests to ensure the backup can do its job during routine science operations. Thus far, they seem optimistic that Hubble will be back in business in the near future.

Via: Gizmodo
Source: NASA
In this article: AOLoriginals, DailyShow, Engadget, EngadgetToday, EngadgetVideo, Entertainment, gear, hubble, nasa, space, telescope, tomorrow
All products recommended by Engadget are selected by our editorial team, independent of our parent company. Some of our stories include affiliate links. If you buy something through one of these links, we may earn an affiliate commission.