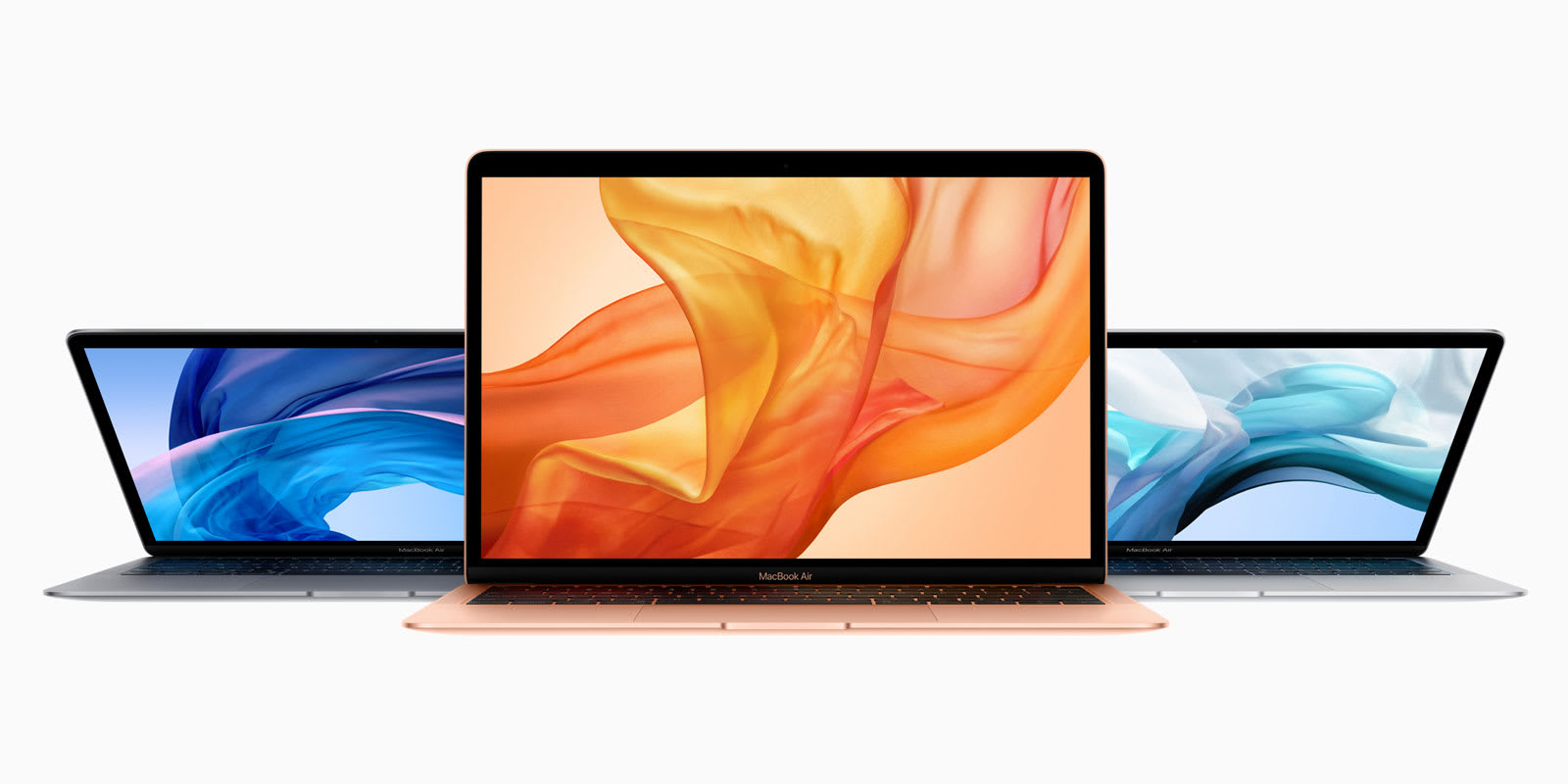 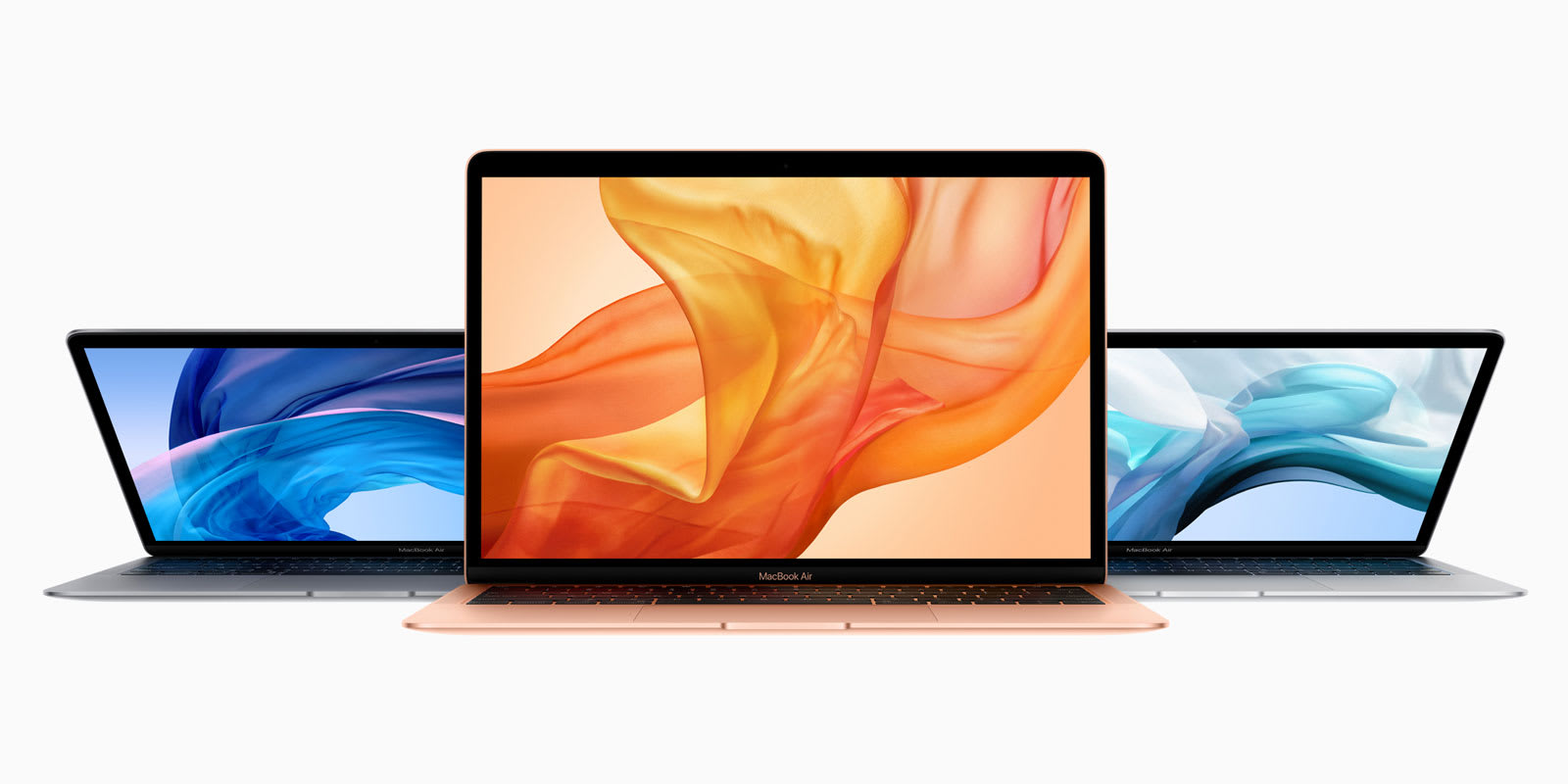 It's no secret that Apple's MacBook Air is beyond outdated, and the company has finally decided to offer a lower-cost laptop with more-modern specs. Amazingly enough, it's called the MacBook Air: CEO Tim Cook started his presentation by calling it the most loved laptop ever. And with that kind of love, it's no surprise Apple's keeping the laptop around.

First and foremost, the new MacBook Air has a Retina Display. The giant aluminum bezel is gone, but the screen remains 13.3 inches. The full resolution is four times what the original Macbook Air had, which works out to 2,560 x 1600. That's not exactly the same as four times the old Air's 1,440 x 900 resolution, but we're not complaining about this improvement. Sadly, Apple is sticking with the two USB-C port setup, and it looks like there's no SD slot either. But those ports support Thunderbolt 3 for improved data-transfer speeds.

It also includes Touch ID, which is one of the more handy additions to the Mac in recent years, though there's no Touch Bar (something that many might consider good news). The Touch ID sensor also includes the new T2 chip, which enables "Hey, Siri" capabilities. The T2 also interacts with the SSD, providing "on-the-fly data encryption" for everything on the drive; Apple also says this results in the most secure boot process and secure storage you can find in a laptop. The chip's "secure enclave" keeps your Touch ID data safe and also checks to make sure all the software that loads in the boot process is secure.

As you might have guessed, the new keyboard is the same butterfly-mechanism keyboard found in the recent MacBook Pro models. Apple says it's the new model it added to the 2018 MacBook Pros, which means it's quieter and (hopefully) less prone to failure.

As for the internals, there's an 8th-generation Intel Core i5 processor, up to 1.5TB of storage and up to 16GB of RAM. The battery capacity comes in just as good as the previous Air as well: Apple claims 12 hours of battery life and 13 hours of iTunes-movie playback. We'll have to put that to the test, as Apple's recent battery estimates for its Macs have been a bit optimistic.

With smaller bezels, the whole footprint of the computer has shrunk 17 percent, and it weighs 2.75 pounds -- a quarter of a pound less than its predecessor. Apple is also using a new metal alloy for the unibody that's made from 100 percent recycled aluminum. To match the rest of Apple's recent products, it comes in space gray, silver and gold. Unfortunately, all these improvements mean the new MacBook Air costs more than its predecessor: It starts at $1,199 / £1,199. That base model comes with a Core i5 processor, 8GB of RAM and (sadly) only 128GB of storage. (Apple calls that the least expensive Retina Mac it has ever made.) Pre-orders start today, and it'll be available on November 7th.

This update has been a long time coming. The MacBook Air was first launched in 2008 at a time when a laptop shipped by default with optical drives. Its thin and light design was a revelation, and while some scoffed at its initial high price and low specs, it soon became a hit. Apple updated the machine every year until 2015, while its price inched below the thousand-dollar mark. Since 2015, however, the Air has only been updated once, in June 2017, and has languished at the bottom of the product lineup. But now it's entirely possible that new MacBook Airs will be all over your local coffee shop before long.

Oh! And if you really need those USB-A ports and don't mind spending far too much money, Apple is still selling the previous MacBook Air for the far-too-high price of $999.

Source: Apple
In this article: apple, gear, macbook, macbookair, macevent2018, personal computing, personalcomputing
All products recommended by Engadget are selected by our editorial team, independent of our parent company. Some of our stories include affiliate links. If you buy something through one of these links, we may earn an affiliate commission.