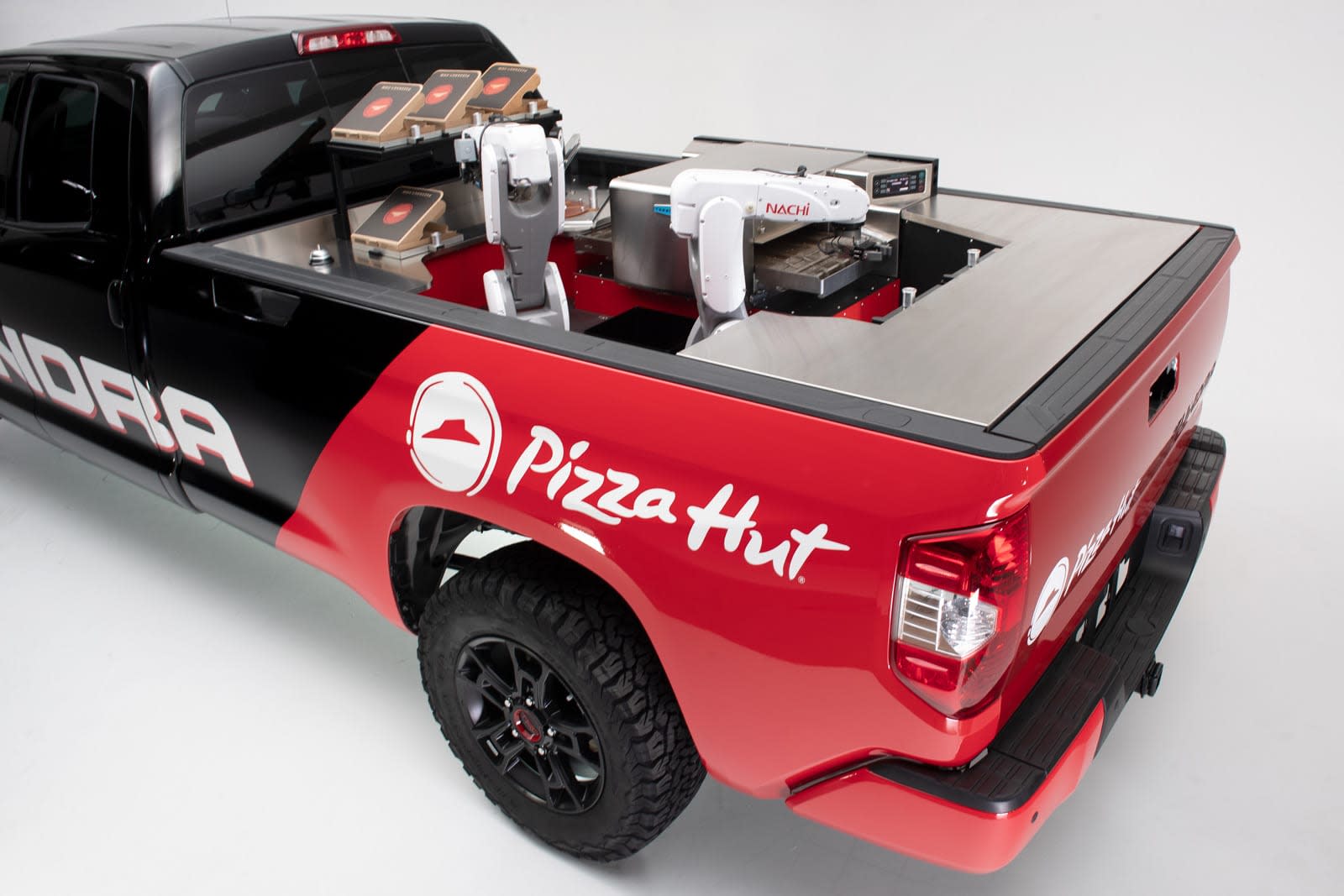 Pizza Hut will not be outdone in the pursuit of over-the-top delivery vehicles. The restaurant chain has teamed up with Toyota to unveil the Tundra Pie Pro, a concept hydrogen fuel cell truck that not only cooks pizzas, but uses a pair of robot arms to move them along the line. The mechanical limbs fetch pre-assembled pizzas, bake them, slice them and slide them into boxes all on their own -- they'll even ring a bell to let you know your meal is ready.

The whole process takes about six to seven minutes, suggesting that the truck could bake your pizza while it's on the way to your home, even if you're just a few blocks away. Both the robotic kitchen and the truck itself rely on hydrogen, so you wouldn't have to worry about hurting the planet in the name of a fresh dish.

Don't expect to see this in service. Cost notwithstanding, there are conspicuous design issues that would have to be addressed in a production model. Where's the roof for the kitchen? And of course, it would only be useful in California and other areas where fuel cell filling stations would be relatively common. Look at this more as an example of how delivery could work in the future if the costs come down and the technology becomes more prevalent.

Source: Hut Life
In this article: delivery, food, food and drink, food-and-drink, foodanddrink, gear, green, hydrogen, HydrogenFuelCell, piepro, pizza, pizzahut, robots, sema, tomorrow, toyota, transportation, tundra, tundrapiepro
All products recommended by Engadget are selected by our editorial team, independent of our parent company. Some of our stories include affiliate links. If you buy something through one of these links, we may earn an affiliate commission.