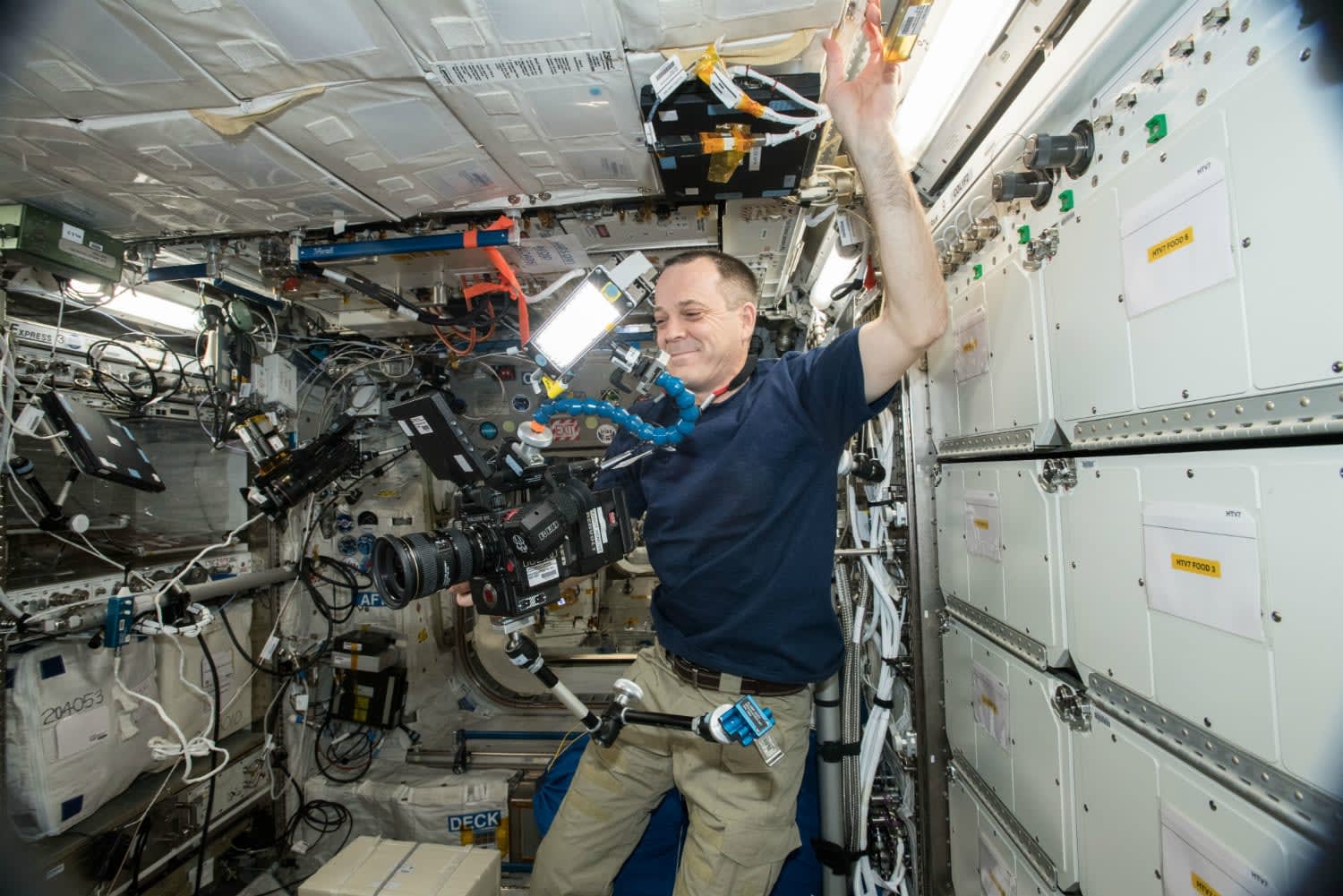 NASA and the European Space Agency have teamed up on a new video about astronauts in the International Space Station. But this one is a little different than the videos you've watched in the past because it's the first 8K ultra high definition video delivered by the agencies, shot with a Helium 8K camera from RED.

The camera was delivered to the ISS in April by a SpaceX cargo resupply mission, and the new video shows astronauts living aboard the ISS as they work and conduct experiments. Some of the experiments included in the video are the BEST investigation, which uses DNA sequencing to identify microbes in the space station; an experiment that compares plants grown in space to those grown on Earth; and the BCAT-CS study, which investigates the dynamic forces that exist between sediment particles.

"We're excited to embrace new technology that improves our ability to engage our audiences in space station research," David Brady said in a statement. Brady serves as the assistant program scientist for the International Space Station Program Science Office at Johnson. "Each improvement in imagery fidelity brings that person on Earth closer to the in-space experience, allowing them to see what human spaceflight is doing to improve their life, as well as enable humanity to explore the universe."

NASA has released some pretty amazing 4K videos in the past, including one that shows what happens when you combine water droplets, food coloring and antacid a microgravity environment. Of course, most people won't be able to watch the 8K video in all of its glory since there just aren't many displays available yet that can resolve 8K. But if you do end up dropping some dough on an 8K TV in the near future, NASA has you covered. You can download the video in full resolution here.

Source: NASA
In this article: 8k, 8kVideo, av, cameras, EuropeanSpaceAgency, gear, helium8kcamera, InternationalSpaceStation, nasa, red, research, space, video
All products recommended by Engadget are selected by our editorial team, independent of our parent company. Some of our stories include affiliate links. If you buy something through one of these links, we may earn an affiliate commission.