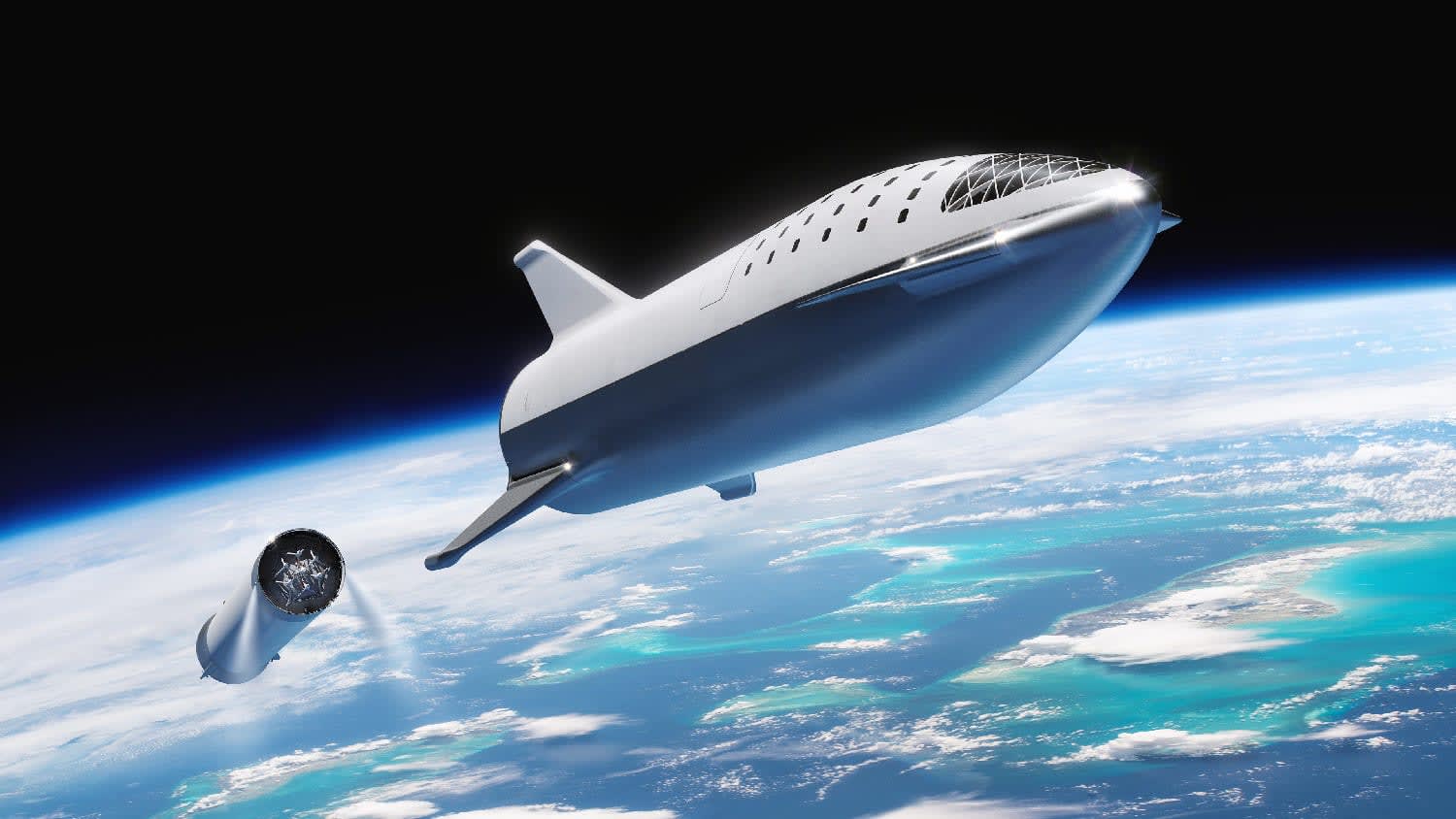 We're still a bit away from anyone taking the first tourist trip on SpaceX's next-generation rocket and spacecraft platform, but CEO Elon Musk has just announced a new name for the craft formerly known as BFR: Starship. As he explained in a follow-up tweet, "Starship" specifically refers to the "spaceship/upper stage" while its rocket booster is simply the Super Heavy. Everyone clear?

Whatever you call it, SpaceX has big plans for the new vehicle. When Musk revealed details on the Big Falcon Rocket a little over a year ago, he talked about establishing bases on the moon and Mars, as well as using the vehicle for quick point-to-point trips on Earth. Just a few days ago, Musk tweeted that plans for BFR Starship are accelerating, as SpaceX dropped a quest to make its Falcon 9 second stage reusable.

Technically, two parts: Starship is the spaceship/upper stage & Super Heavy is the rocket booster needed to escape Earth's deep gravity well (not needed for other planets or moons)

Source: Elon Musk (Twitter)
In this article: bfr, elonmusk, Falcon, rocket, space, SpaceX, starship, tomorrow, transportation
All products recommended by Engadget are selected by our editorial team, independent of our parent company. Some of our stories include affiliate links. If you buy something through one of these links, we may earn an affiliate commission.