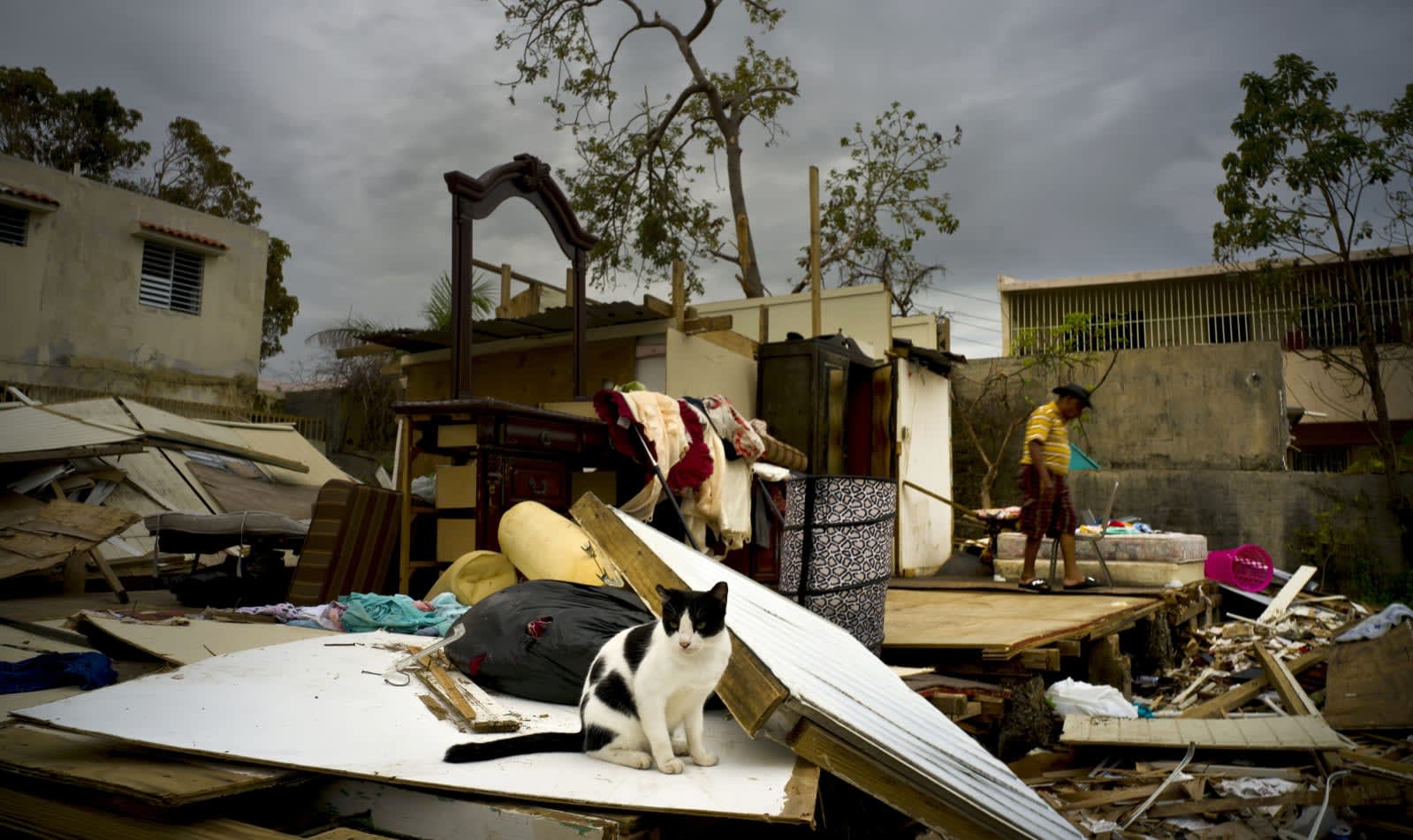 Hurricane Katrina claimed nearly 2,000 lives when it struck the Gulf Coast of the United States in 2005, submerging New Orleans in floodwater and devastating the region for more than a decade. It was the costliest natural disaster in US history, causing more than $160 billion in damage.

Hurricane Katrina was the result of human-driven climate change. 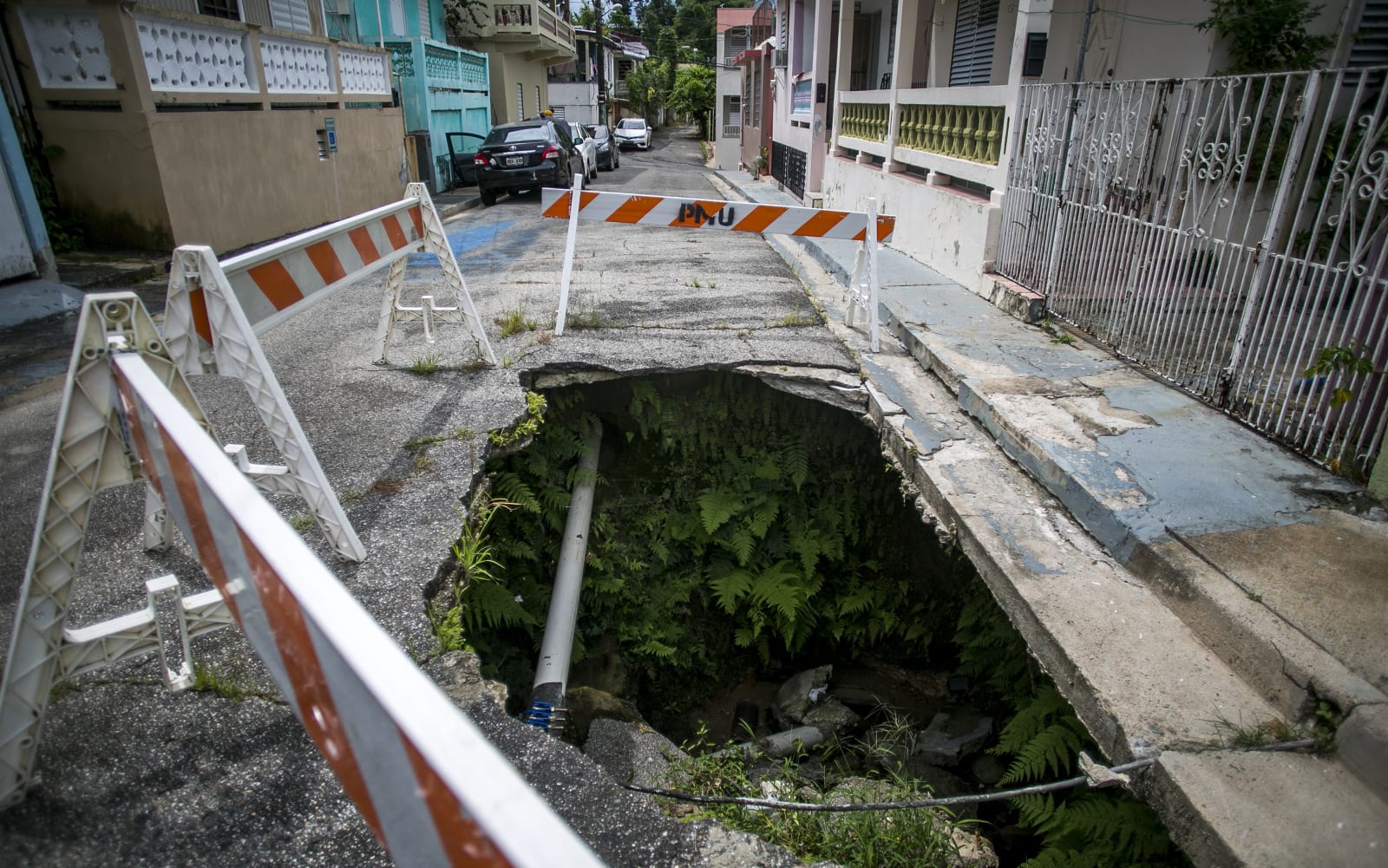 Hurricanes Irma and Maria ravaged Puerto Rico back-to-back one year ago, killing more than 3,000 people and destroying the island's power grid. Citizens there are still trying to pick up the pieces, secure clean water and food, fix their homes and rebuild their lives.

Hurricanes Irma and Maria were the result of human-driven climate change.

"It's absolutely clear now that there is a climate signature on these events," George Mason University professor Andrew Light said. Light is a climate-policy expert who worked as a senior adviser in the State Department from 2013 to 2016, and recently he was an editor on the Fourth National Climate Assessment, the federal government's most robust scientific report on climate change.

"There is a climate signature on these events."

Though there have been three other National Climate Assessments (released in 2000, 2009 and 2014), this year's iteration is striking for its tone of immediacy. In it, scientists shift away from predicting catastrophes that will likely be caused by climate change to instead discuss actual climate-driven disasters that are already happening across the globe. What used to be speculation is now causation.

"Years ago, when something like Hurricane Katrina happened, we'd say, 'Well, we can't say that Hurricane Katrina was caused by climate change, but we can say that it's consistent with the models of what future we're creating for ourselves right now,'" Light explained. "I think that now actually we're able to say, 'No, no, no. The unpredictability and the intensity that we're experiencing now with hurricanes is tied to climate change.'"

With more data than ever and a rapidly evolving ecosystem, the Fourth National Climate Assessment lays out in clear, authoritative terms how humans are driving global warming, how its dangers are manifesting in our everyday lives and how much worse it could become in the future. Here's how it begins:

Earth's climate is now changing faster than at any point in the history of modern civilization, primarily as a result of human activities. The impacts of global climate change are already being felt in the United States and are projected to intensify in the future -- but the severity of future impacts will depend largely on actions taken to reduce greenhouse gas emissions and to adapt to the changes that will occur.

The report lays out a handful of current catastrophes caused by climate change, including drought in the Colorado River Basin and Nebraska, dying coral reefs off the coasts of Hawaii, heavy flooding in Louisiana, unprecedented rain damaging farms across the Midwest, massive fires in the Northwest and hurricanes in Texas. All of these disasters were catalyzed by human-driven climate change. No question.

However, Light and other experts are still struggling to convince some people that climate change is a reality. Some people, like the president of the United States. 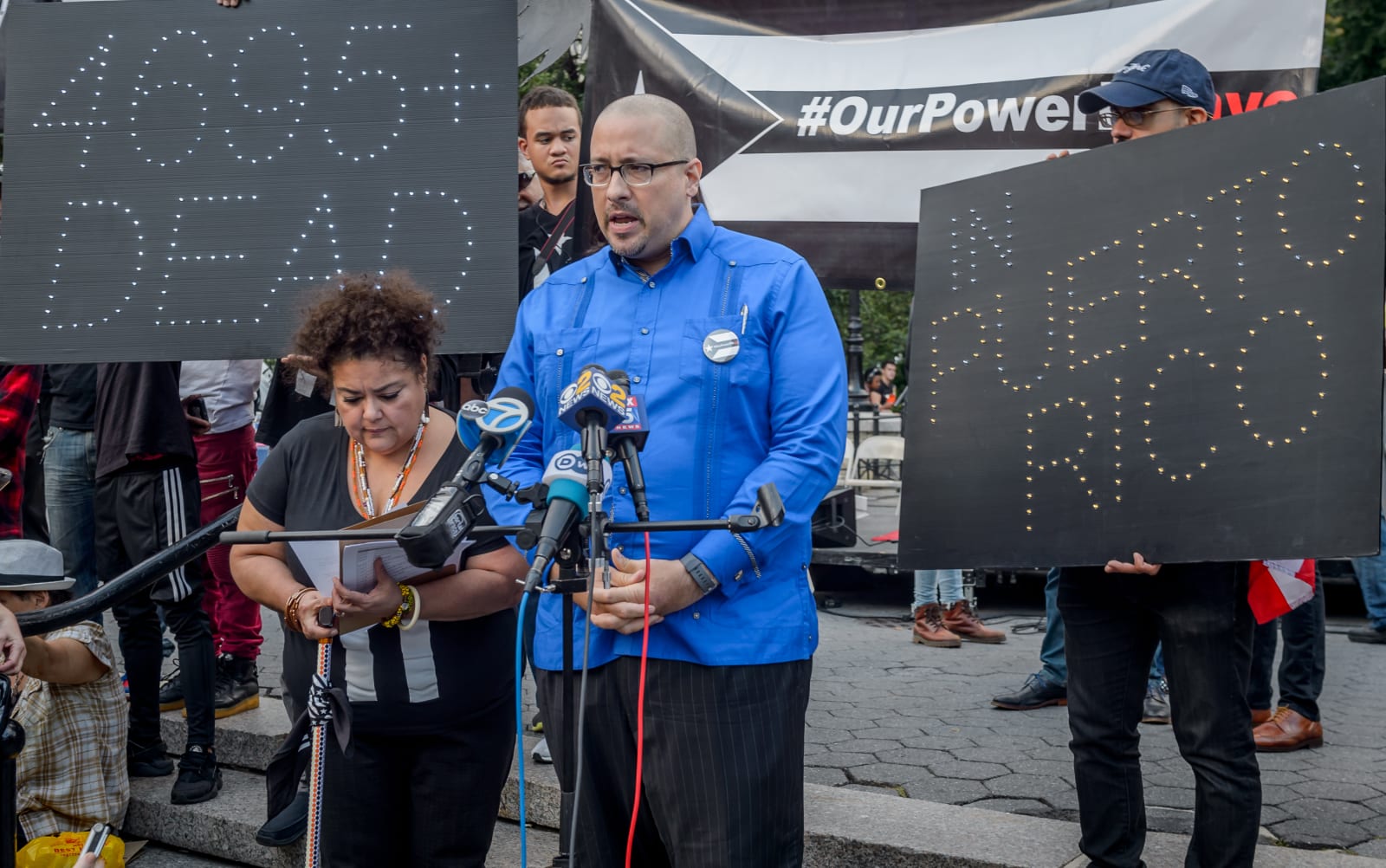 President Donald Trump denies climate change as a fact, consistently calling into question the science behind global warming and undermining the authority of researchers in the field. Under Trump, the US has withdrawn from the Paris Climate Agreement (an international accord to curtail global warming), dismantled the Clean Power Plan (an Obama-era mandate to reduce greenhouse-gas emissions from power plants) and unwoven clean-air proposals handled by the Environmental Protection Agency.

The Trump administration was congressionally mandated to release the Fourth National Climate Assessment, and it did so on Black Friday, a chaotic day of full-bore capitalism and post-Thanksgiving coma observed across the country. Many climate scientists saw this move as an attempt to bury the report.

On top of that, Trump tweeted the following message November 21st, two days before the report's publication: "Brutal and Extended Cold Blast could shatter ALL RECORDS - Whatever happened to Global Warming?"

Brutal and Extended Cold Blast could shatter ALL RECORDS - Whatever happened to Global Warming?

"Which is a fundamental mistake," Light said. "There's been decades of trying to educate people that there's a difference between climate and weather. ... One can't help but feel disheartened when the president of the United States, who has access to the hundreds of government scientists that produced this report -- this is his government. He has access to them, and there isn't any reason he should be making mistakes like that."

The Fourth National Climate Assessment isn't designed to make policy recommendations, and it doesn't. It's a comprehensive, apolitical investigation of climate change backed by more than 300 scientists, and it's also a warning. If steps aren't taken to slow the effects of climate change, the US can expect bigger fires, heavier floods, more destructive hurricanes, and all of the negative social consequences that come with. The report describes the future as follows:

Climate change threatens to exacerbate existing social and economic inequalities that result in higher exposure and sensitivity to extreme weather and climate-related events and other changes. Marginalized populations may also be affected disproportionately by actions to address the underlying causes and impacts of climate change, if they are not implemented under policies that consider existing inequalities.

Unchecked, global warming poses dozens of threats to life on Earth, from rising sea levels and melting ice caps, to devastating drought, fire, famine and disease. Light called out a handful of real climate-change effects that are at the forefront of his mind, playing out right now: intense, long-lasting heat waves that pose a danger to people without access to air conditioning, and extreme rainfall making it more difficult for crops to grow in the Midwest. 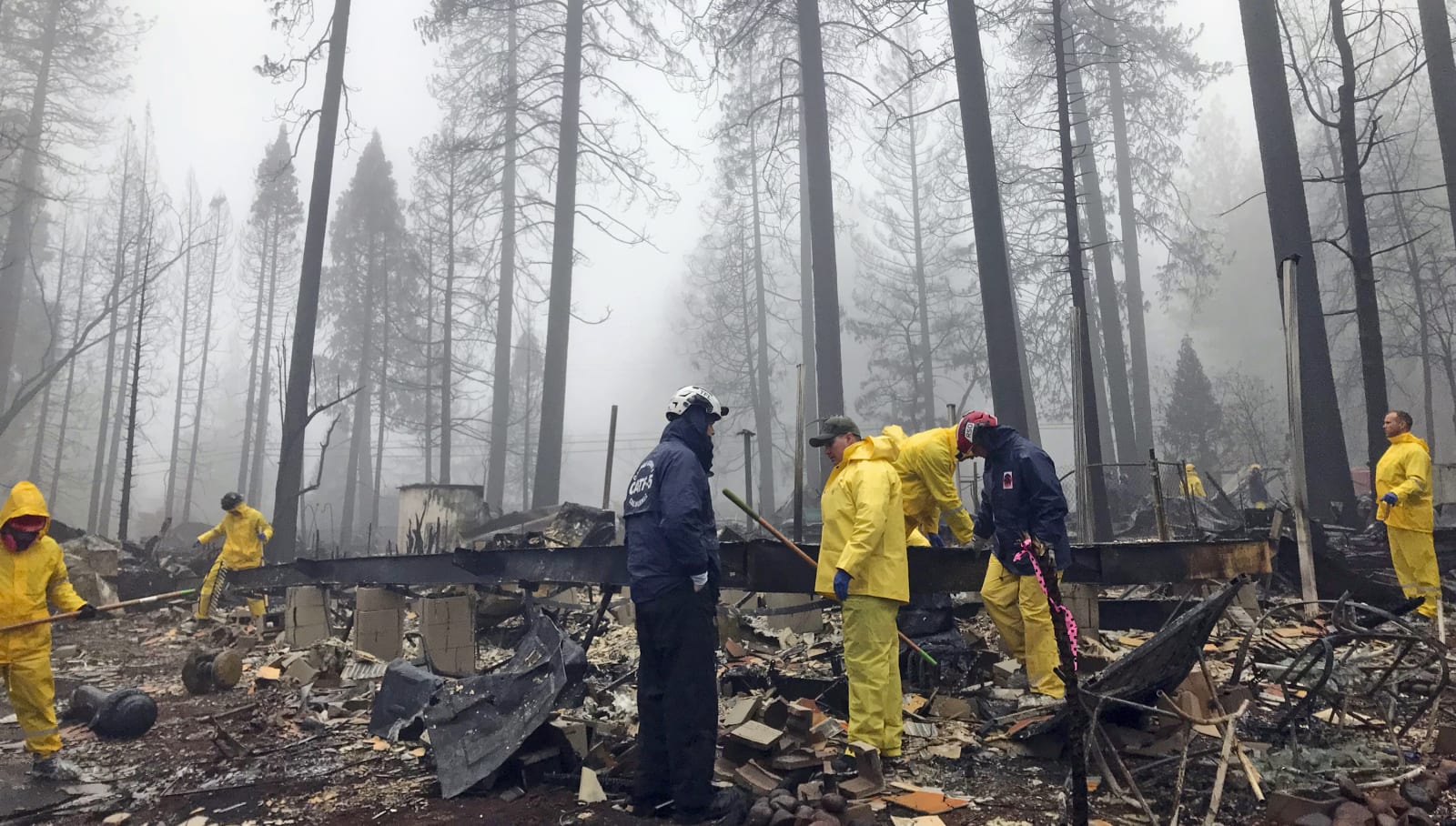 "We can attribute the wider spread of certain kinds of diseases, especially tropical diseases and vector diseases, foodborne and waterborne diseases, toward changes in the climate," Light said. "And this is a slowly but nonetheless increasingly unfolding public-health crisis that is not terribly well acknowledged, but I think that all of us have to be more concerned about and we know will get worse as we move forward."

"We don't have that leadership at the federal level right now."

While the federal government drags its feet on addressing climate change, states and cities are stepping up with clean-air protections of their own. For instance, the US is on track to uphold its obligations under the Paris Climate Agreement, due in part to efforts by the United States Climate Alliance, a bipartisan group of 17 governors committed to seeing the accord through and reducing greenhouse gas emissions worldwide.

"We can avoid the worst scenarios and impacts that we talk about in the report, but it is something that's going to require a lot of more effort," Light said. "We've got great leadership coming out of California in particular, but also more than a dozen other states, hundreds of cities, thousands of businesses, but we don't have that leadership at the federal level right now. That's the part where we have a lot of improvement we can still do."

The Fourth National Climate Assessment is clear. It doesn't inject politics into its science, and it doesn't mince words -- even in the introduction, which closes as follows:

[The Fourth National Climate Assessment] concludes that the evidence of human-caused climate change is overwhelming and continues to strengthen, that the impacts of climate change are intensifying across the country, and that climate-related threats to Americans' physical, social, and economic well-being are rising. These impacts are projected to intensify -- but how much they intensify will depend on actions taken to reduce global greenhouse gas emissions and to adapt to the risks from climate change now and in the coming decades.

In this article: climate, ClimateChange, DonaldTrump, fire, FourthNationalClimateAssessment, GlobalWarming, green, hurricane, politics, security, services, tomorrow
All products recommended by Engadget are selected by our editorial team, independent of our parent company. Some of our stories include affiliate links. If you buy something through one of these links, we may earn an affiliate commission.