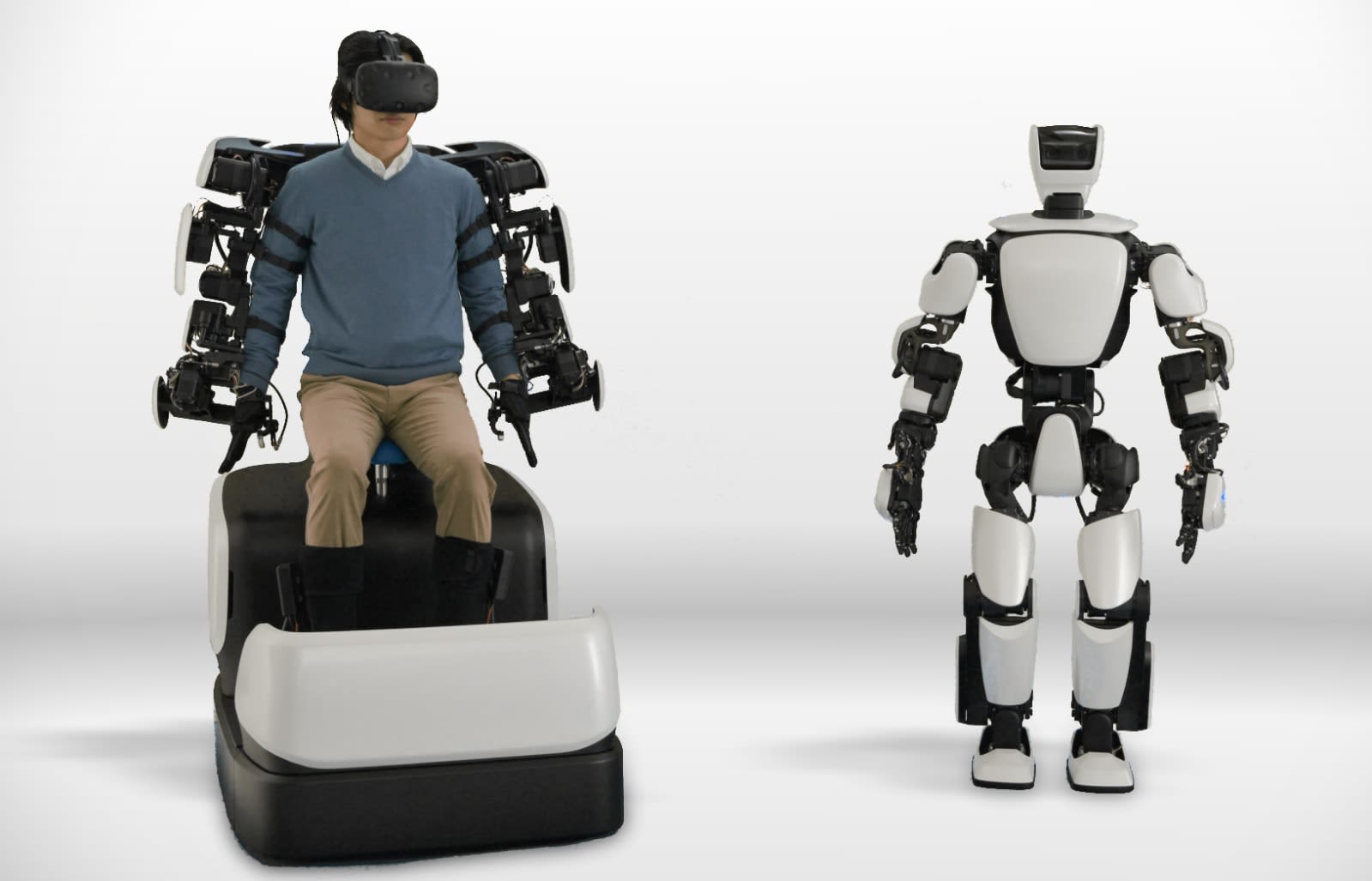 Toyota just brought your dreams of an Avatar-like proxy one step closer to reality. Teaming with NTT Docomo, it remotely controlled its T-HR3 humanoid robot over a 5G network from a distance of 10 kilometers (6.2 miles). So far the bot, first unveiled a year ago, has only been controlled over a direct wired connection. "This time, with an eye toward improved use in practical environments, the T-HR3 was successfully controlled wirelessly," Toyota said in a press release.

The T-HR3, Toyota's third-generation humanoid robot, was designed from the get-go to be remote-controlled by a human. The operators strap themselves into a base with wearable hand, arm and foot controls, along with a head-mounted display that lets them view the world from the robot's perspective. The robot in turn sends force feedback to the operators, allowing them to better sense their environment and safely operate the bot.

At the same time, the robot has full-body balance and coordination control to keep it upright, and flexible joint control, "to control the force of contact the robot makes with any individuals or objects in its surrounding environment."

T-HR3 was designed from the beginning for wireless remote control, so it was only a matter of time before Toyota tried it. The low-latency network kept signal delays to a minimum, allowing for smooth operation, the companies said.

The aim is to eventually use the robot to assist patients or shut-ins with limited mobility. "The Partner Robot team members are committed to using the technology in T-HR3 to develop friendly and helpful robots that coexist with humans and assist them in their daily lives," said Akifumi Tamaoki, general manager of Toyota's Partner Robot division. They'll show it again soon in a more ambitious demo at Docomo's open house in Tokyo on December 6th.

Source: Toyota
In this article: 5G, Avatar, gear, NTTDocomo, RemoteControl, robots, T-HR3, tomorrow, Toyota
All products recommended by Engadget are selected by our editorial team, independent of our parent company. Some of our stories include affiliate links. If you buy something through one of these links, we may earn an affiliate commission.