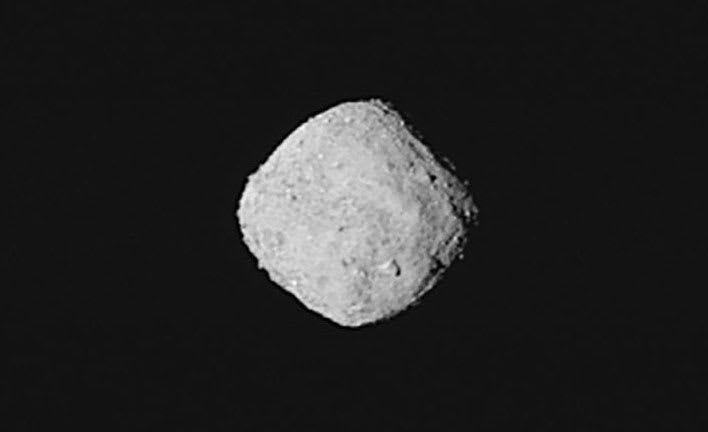 NASA's OSIRIS-REx spacecraft has officially arrived at the asteroid Bennu after a more than two-year-long journey. The spacecraft rendezvoused with its target around noon EST, and NASA confirmed the arrival a few minutes thereafter during a live event today.

Achievement unlocked: "We have arrived!" Our @OSIRISREx mission reached asteroid Bennu, where it will spend almost a year mapping and studying to find a safe location to collect a sample. Watch: https://t.co/zI282xjLzc pic.twitter.com/VMPs7SIfSf

OSIRIS-REx launched in 2016 and its mission is to collect a sample from Bennu and return it back to Earth for study. The spacecraft will spend more than a year surveying and mapping the asteroid, and researchers will use that information to select a sample site. Once they do, OSIRIS-REx will gently contact and bounce off of the surface of Bennu, collecting a sample of the asteroid's surface as it does. The spacecraft will then begin heading back to Earth in 2021 and is scheduled to deliver its sample, if all goes well, in September 2023.

In January, OSIRIS-REx took a picture of Earth and the moon from over 3 million miles away, and last month, NASA performed a successful test of the robotic arm that will collect the samples from Bennu's surface.

In this article: asteroid, bennu, gear, nasa, Osiris-Rex, sample, space, tomorrow
All products recommended by Engadget are selected by our editorial team, independent of our parent company. Some of our stories include affiliate links. If you buy something through one of these links, we may earn an affiliate commission.