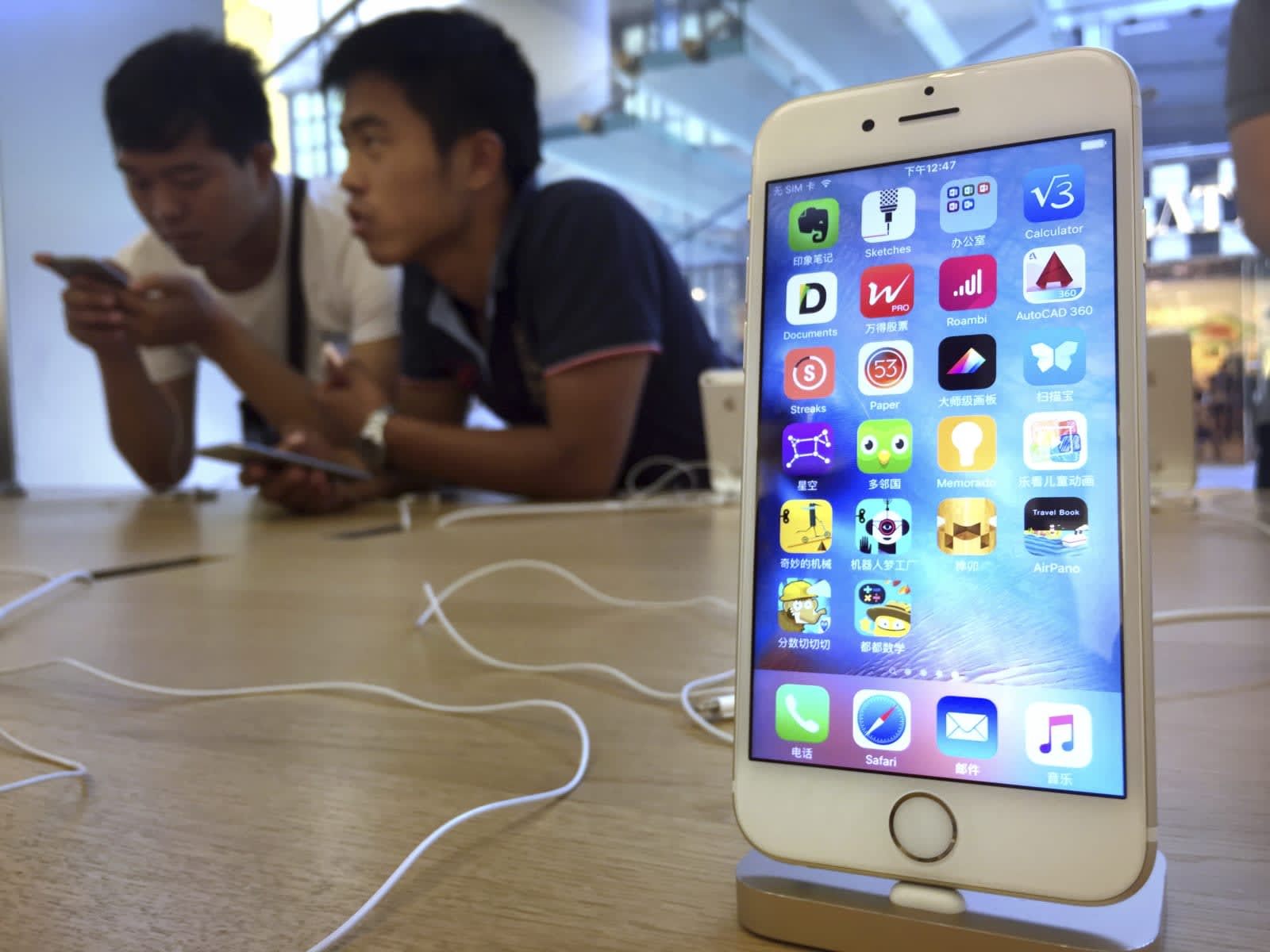 Now that a Chinese court has granted Qualcomm an injunction against Apple that could block the sales of several older iPhone models (6S through X), Apple says it can fix things with a software update. When the ruling came down Apple said only devices running pre-iOS 12 software were in violation. All of the phones listed are capable of updating further, however Apple China told Reuters that "Early next week we will deliver a software update for iPhone users in China addressing the minor functionality of the two patents at issue in the case."

We'll see if that update is enough to keep its older phones available for sale in the country, and if it holds up on newer XR and XS models that Qualcomm is also trying to ban. One thing is for sure -- the struggle over technology, licensing fees and lawsuits between the two giants isn't over yet.

Source: Reuters
In this article: apple, business, china, gear, iphone, iphone6s, iphonex, lawsuit, mobile, patent, qualcomm
All products recommended by Engadget are selected by our editorial team, independent of our parent company. Some of our stories include affiliate links. If you buy something through one of these links, we may earn an affiliate commission.