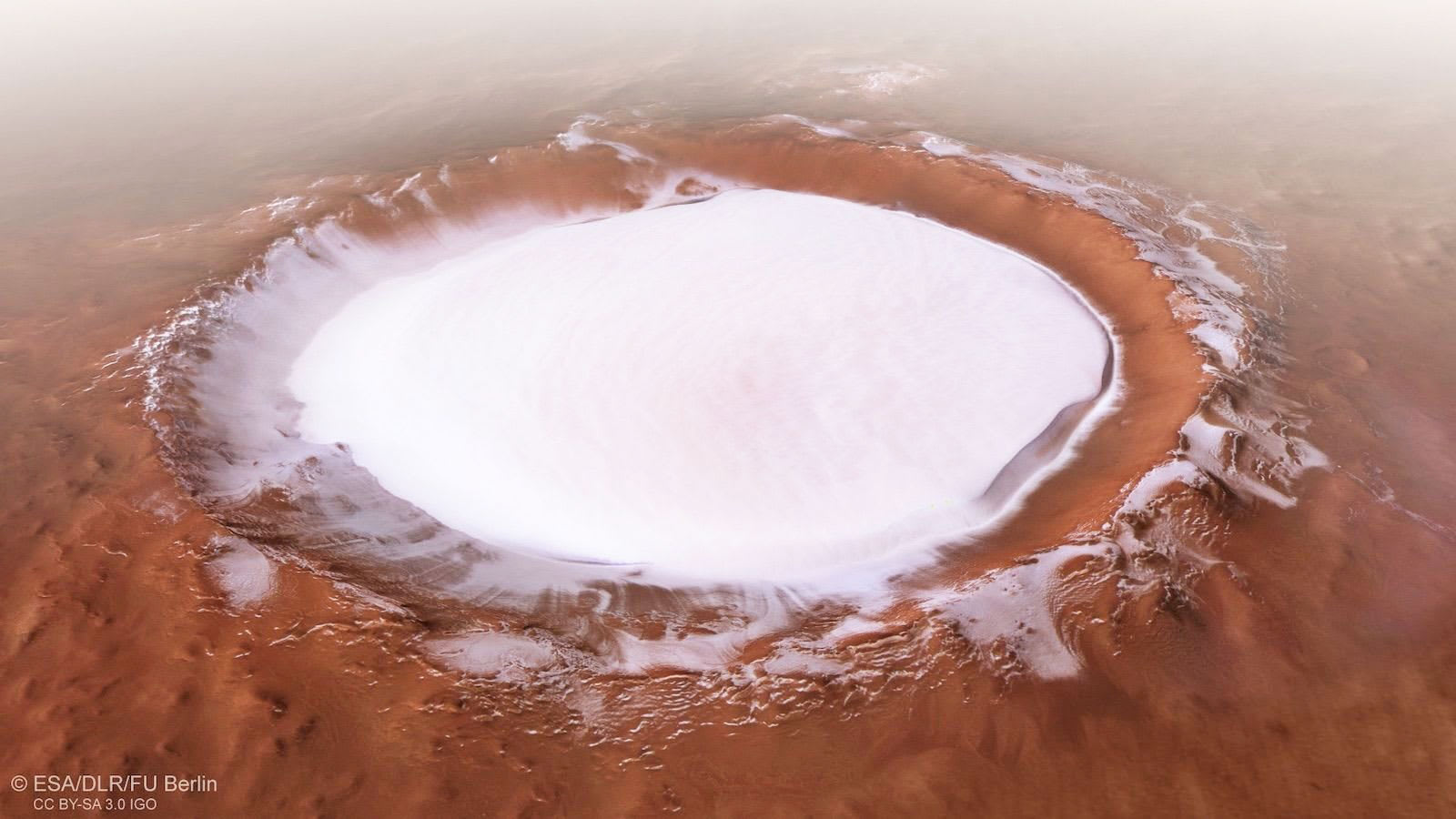 The European Space Agency has released a gorgeous composite image of Mars' Korolev crater, an 82-kilometer-wide crater situated in the planet's northern lowlands. The ESA's Mars Express orbiter snapped pictures of the crater over the course of five orbits, and five "strips" were combined to make this stunning image. The Korolev crater is filled with 1.8-kilometer-thick ice year round, which is believed to be maintained by an occurrence known as a "cold trap." The air moving across the crater's ice cools down, sinks and then acts as a sort of shield over the ice, keeping it cold and frozen all year long.

The Mars Express orbiter launched in 2003 and since then, it has given us a look at Mars' moon Phobos, recorded remarkable details of the planet's surface and may even have found evidence of liquid water.

Source: ESA
In this article: esa, gadgetry, gadgets, gear, korolevcrater, mars, MarsExpress, MarsOrbiter, Orbiter, space
All products recommended by Engadget are selected by our editorial team, independent of our parent company. Some of our stories include affiliate links. If you buy something through one of these links, we may earn an affiliate commission.