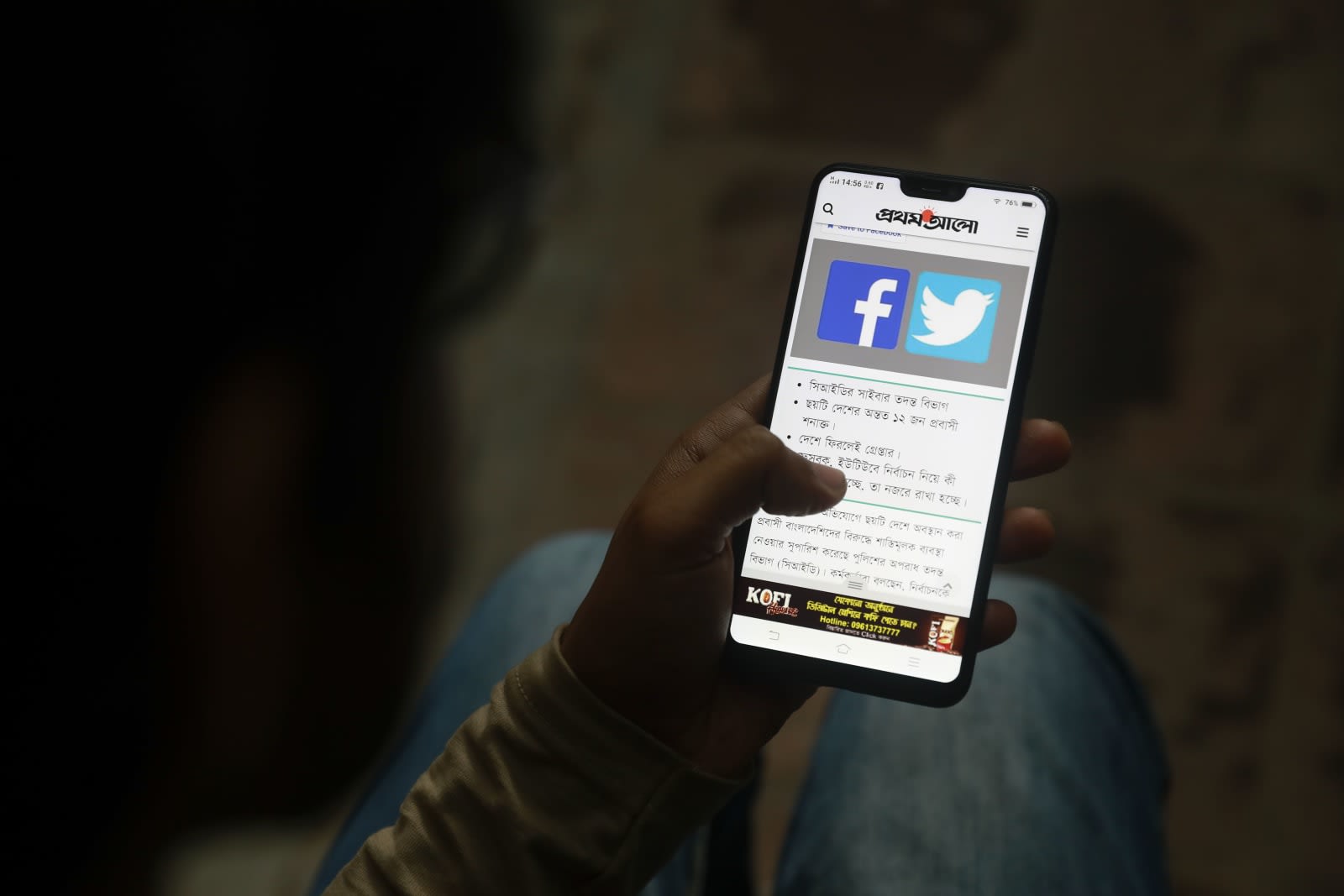 The Bangladeshi government isn't just counting on Facebook and Twitter crackdowns to protect its December 30th parliamentary election. The country's Telecommunication Regulatory Commission has shut down 3G and 4G mobile data to "prevent rumors and propaganda" from skewing the vote. The measure took effect immediately and was poised to last through the end of election day.

Whether or not that's the main reason isn't clear -- the government doesn't exactly have a clean track record. Bangladesh temporarily shut off mobile internet access in August in an ostensible bid to curb violence at protests over road safety, but there's evidence suggesting that it wanted to stop the dissemination of media showing pro-government activists and police attacking protesters. In 2015, it also clamped down on individual messaging apps in an attempt to thwart protests.

This latest move might help prevent violence and misinformation, but it could also hinder the opposition's ability to rally support. Prime Minister Sheikh Hasina's administration has been accused of intimidating and imprisoning critics to help maintain power, and this could be another extension of that strategy.

Via: Reuters
Source: Al Jazeera
Coverage: AFP (The Straits Times)
In this article: bangladesh, election, gear, internet, mobile, mobiledata, MobileInternet, politics, propaganda, rumors
All products recommended by Engadget are selected by our editorial team, independent of our parent company. Some of our stories include affiliate links. If you buy something through one of these links, we may earn an affiliate commission.