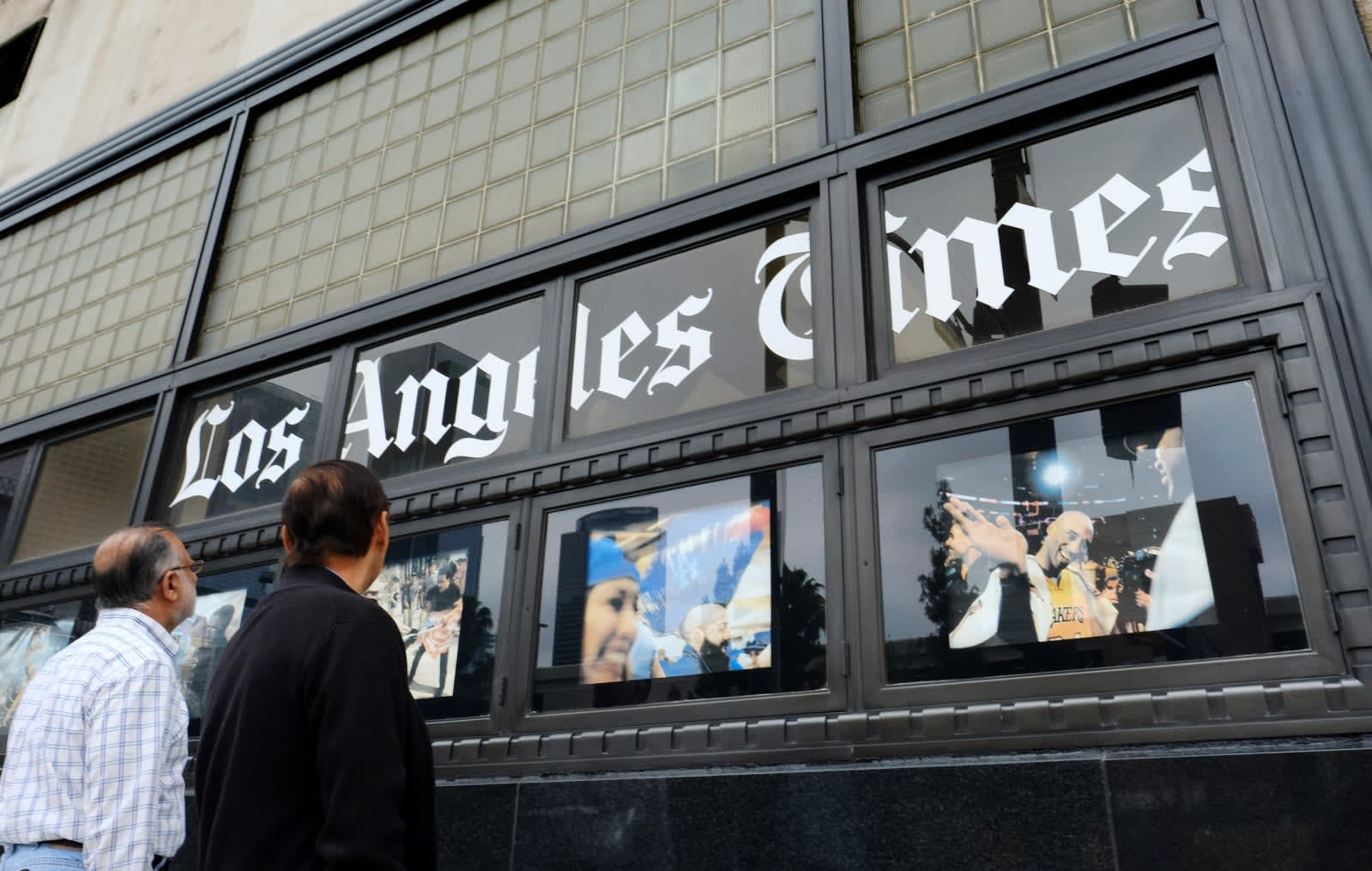 If you still look forward to reading a physical newspaper now and then, you might have been in for a rude surprise this weekend. An unspecified malware strain has attacked Tribune Publishing's network, delaying the release of Saturday editions of at least some of its papers (including the LA Times, San Diego Union Tribune and South Florida Sun Sentinel) as well as West Coast versions of the New York Times and Wall Street Journal, both of which are printed at the LA Times' Los Angeles plant. It was particularly severe for San Diego residents -- between 85 to 90 percent of Saturday papers didn't reach customers.

Teams had tried to quarantine the malware, but it apparently "reinfected" systems linked to news production and printing.

The attack didn't compromise any subscribers, internet users or advertisers, Tribune said. The company acknowledged that "every market across the company" fell prey to the malware. People who didn't get their Saturday newspapers will receive it alongside the Sunday edition.

Tribune hasn't publicly identified a culprit, but an LA Times source said the malware came from outside the US. It wasn't clear if this was the work of criminals, state-backed attackers or someone else. However, evidence suggested that it might have been a form of Ryuk ransomware that tends to be deliberate. If so, this might have been an extortion attempt similar to those that were all too commonplace in 2018.

Source: LA Times
In this article: gear, internet, latimes, malware, newspaper, newyorktimes, ransomware, ryuk, security, tribune, wallstreetjournal
All products recommended by Engadget are selected by our editorial team, independent of our parent company. Some of our stories include affiliate links. If you buy something through one of these links, we may earn an affiliate commission.