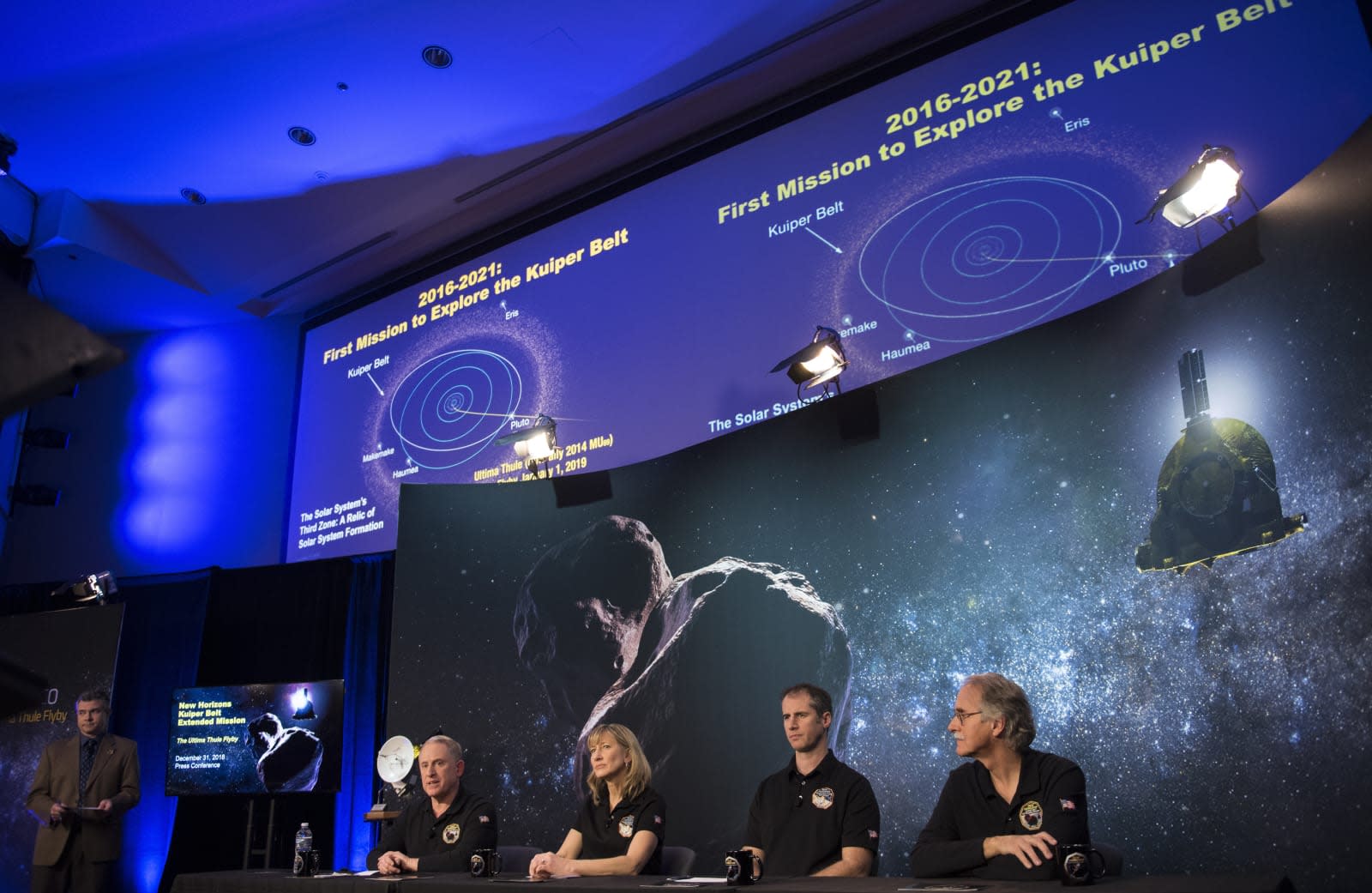 NASA now has proof that its New Horizons probe completed its record-setting flyby of the Kuiper Belt object Ultima Thule. The mission team confirmed the flypast at 10:31AM Eastern Time after receiving telemetry data indicating that the spacecraft was "healthy." It technically flew past Ultima Thule at about 12:33AM , but the combination of data collection and the six-hour signal travel time left the New Horizons crew waiting until much later to receive the A-OK from their pride and joy.

Scientific data won't arrive until sometime around 200 UTC on January 2nd (9PM ET on January 1st). You'll have to wait a while for an up-close snapshot, then.

The confirmation isn't just a relief for the New Horizons team. This marks the farthest-ever flyby in human history -- at about 4 billion miles from the Sun, Ultima Thule makes Pluto seem like a next-door neighbor by comparison. It also promises a raft of potential scientific insights, including clues to the formation of dwarf planets. Some of those discoveries may take a long time, but they'll be worthwhile if they shed light on the Solar System and the cosmos at large.

Confirmed! @NASANewHorizons flew by the most distant object ever visited by a spacecraft. Congratulations to the New Horizons team, @JHUAPL and the Southwest Research Institute for making history yet again! pic.twitter.com/t47BOmo7c1

In this article: astronomy, gear, kuiperbelt, nasa, newhorizons, science, space, ultimathule
All products recommended by Engadget are selected by our editorial team, independent of our parent company. Some of our stories include affiliate links. If you buy something through one of these links, we may earn an affiliate commission.