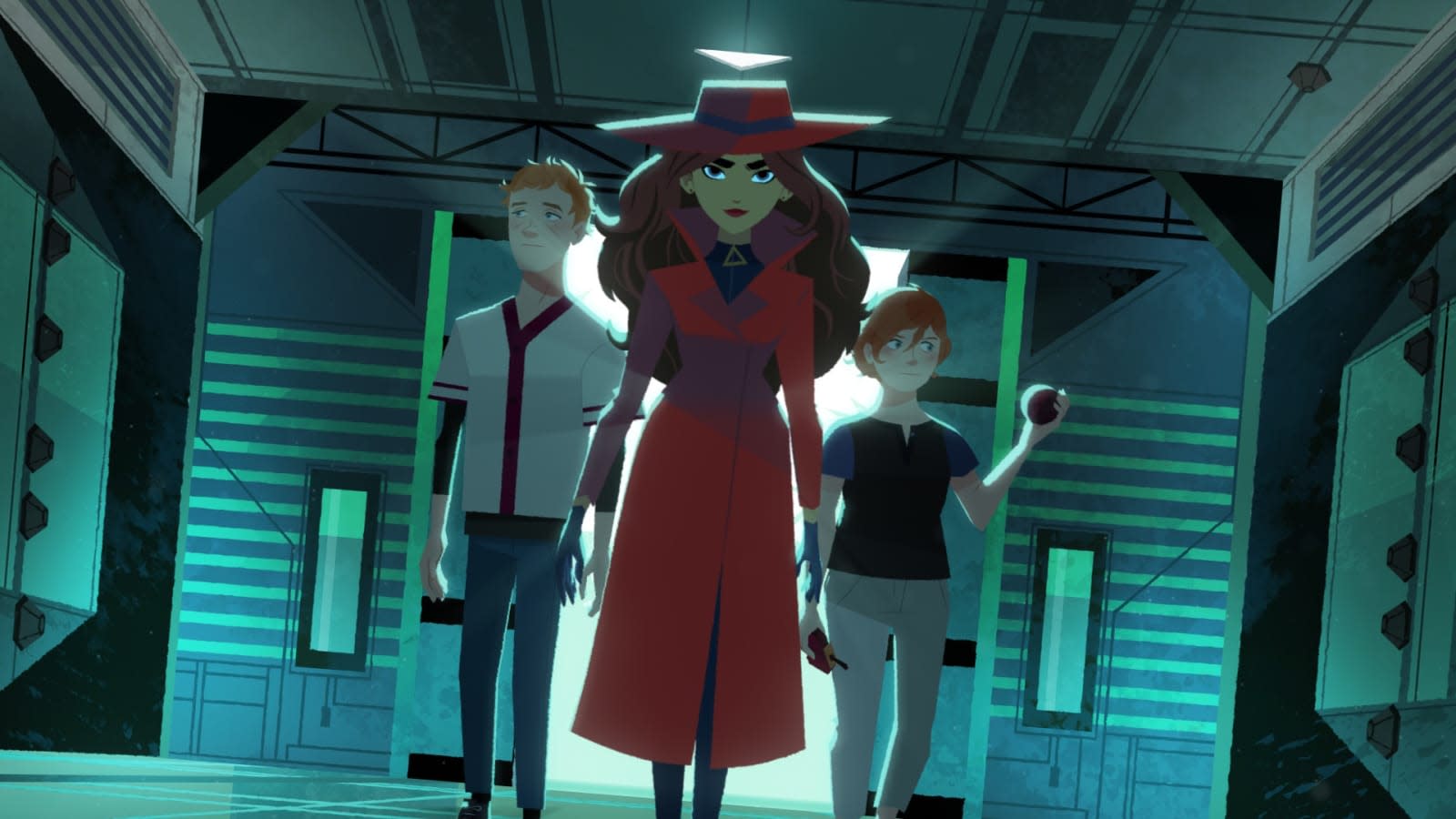 If you've been wondering where in the world Carmen Sandiego is, the answer is on Netflix. The famous international criminal is getting an animated reboot on the streaming platform, and the first trailer for the upcoming series arrived today. The 20-episode run will be available to watch in full on Netflix on January 19th.

Netflix's take on Carmen Sandiego deals primarily with her origins. Jane the Virgin's Gina Rodriguez will voice the character as she goes through the V.I.L.E training academy for thieves, where she learns all the skills needed to be a successful criminal. Then things take a turn. Instead of swiping artifacts and other valuables that she'd typically chase for evil purposes, she decided to take those goods in order to protect them from being stolen by other members of V.I.L.E. While Carmen Sandiego will be more of a Robinhood-style thief than a villain this time around, she'll still be rocking her trademark red fedora.

Netflix is planning on making the most of the Carmen Sandiego character. In addition to the soon-to-drop animated series, the company is also planning on filming a live-action movie, also starring Rodriguez in the lead role.

In this article: av, carmensandiego, entertainment, ginarodriguez, netflix, trailer
All products recommended by Engadget are selected by our editorial team, independent of our parent company. Some of our stories include affiliate links. If you buy something through one of these links, we may earn an affiliate commission.