And the Alexa Skill will eventually be available for other instruments.

Alexa is handy for helping with a lot of activities, and soon the virtual assistant will help you control keyboard settings with your voice. Roland's latest keyboard, a new version of its GO:PIANO, features Alexa built-in and the company says this feature offers hands-free control while you're playing. Basically, you won't have to take your hands off the keys to tweak the sound or access specific settings -- thanks to the combination of the GO:PIANO and a new Roland Alexa Skill.

The company says the goal to enable voice control for musicians at any level. In addition the hands-free feature, the Alexa Skill will also provide access to libraries of play along tunes and enable sharing f recorded audio clips with friends and family. Roland promises to add new tools over time, including compatibility with other instruments. 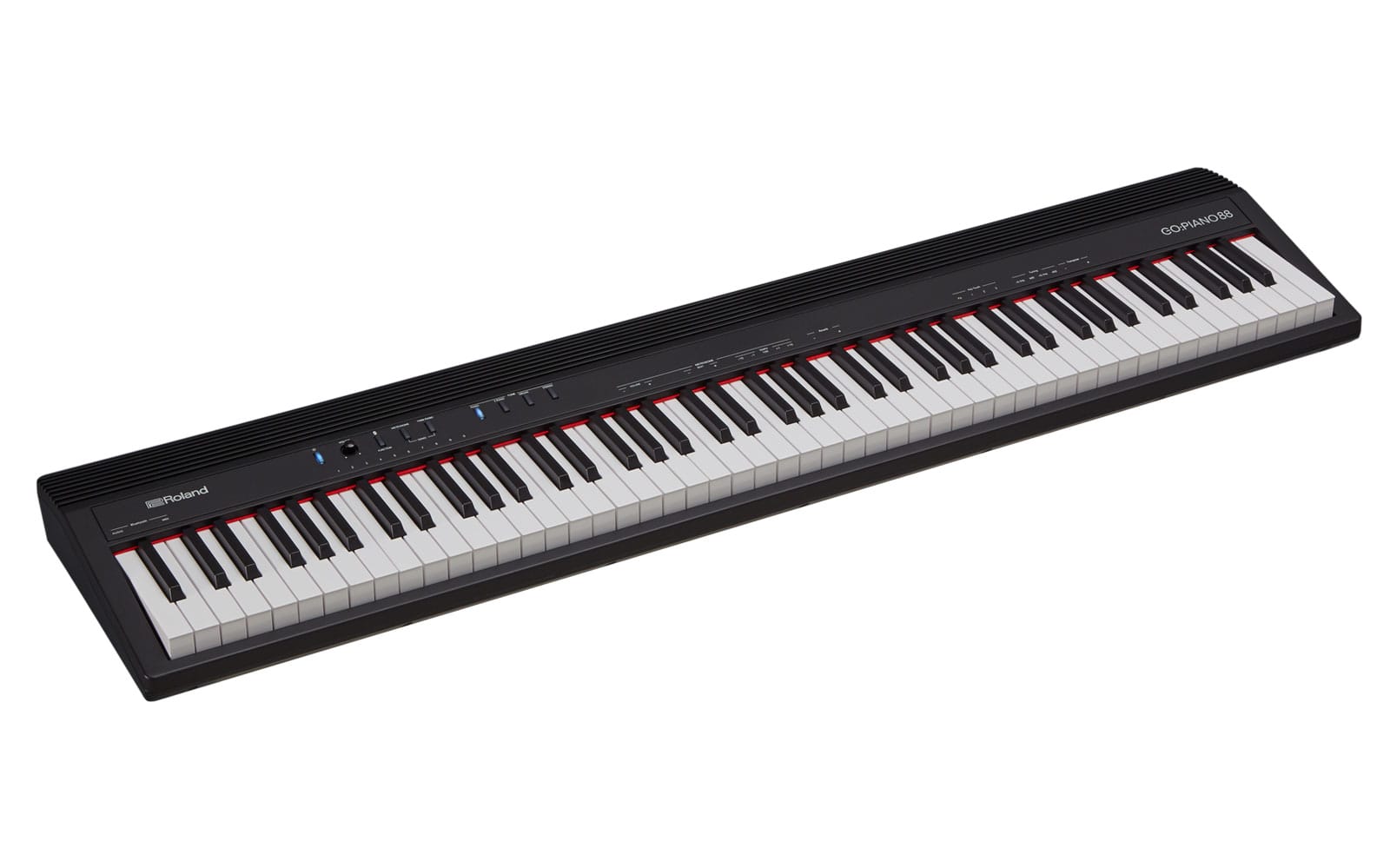 In addition the the GO:PIANO with Alexa built-in, Roland also revealed the GO:PIANO 88. As the name suggests, this portable keyboard model packs 88 full-sized keys and the "natural sound" from the company's premium digital pianos. Another attractive feature on the GO:PIANO 88 is built-in Bluetooth, connectivity that allows you to use your phone as a learning tool. More specifically, a connected phone can be used to stream audio from online piano lessons, karaoke and tutorial videos.

Unfortunately, Roland's announcements didn't include any fixed pricing or availability details, but the company did tell Engadget that it will launch the Alexa-touting GO:PIANO later this fall. Roland says its goal is to let pianists focus on keeping their fingers moving, rather than having to worry about tweaking settings and the like as they play. For example, one of the features will be to let Alexa play one half the keys and you the others during a song you're trying to learn, as well as view your progress overtime.

It sounds good on paper, but let's hope the GO:PIANO works as advertised when it hits stores.