Sennheiser's Ambeo 3D audio soundbar goes on sale in May for $2,499

The company's 3D audio speaker is almost ready for your living room.

Last year at CES, Sennheiser revealed a soundbar prototype with its impressive Ambeo 3D audio technology inside that offered an immersive 5.1.4 experience. At this year's show, the company is showing off the final version of the living room speaker and giving us an on-sale window: May. Sennheiser is also talking pricing -- you know, so you'll have a few months to get your affairs in order. That's mostly because the Ambeo Soundbar will cost $2,499 when it arrives this spring.

Like the prototype Sennheiser showed off at CES 2018, the final version of the Ambeo Soundbar houses 13 drivers inside a brushed aluminum frame. The living room speaker employs "the latest virtualization technology," the result of a collaboration with Fraunhofer IIS. Immersive 3D audio aside, the combination of tech and hardware here cranks out deep bass without the need to have a separate subwoofer to do so. The audio I heard in Vegas last year was very impressive, so hopefully the same is true on production model.

A number of smart speaker and home entertainment setups offer room calibration, and the same is true for the Ambeo Soundbar. Sennheiser promises the process is easy, and once it's done, the speaker's acoustics are adjusted for both the room and the preferred seating position. There are also five presets -- movie, music, sports, news and neutral -- that further tweak frequency and 3D sound to fit the content you're watching. And yes, the Ambeo Soundbar is compatible with Dolby Atmos, MPEG-H and DTS:X. What's more, Upmix Technology can recreate stereo and 5.1 audio in 3D. 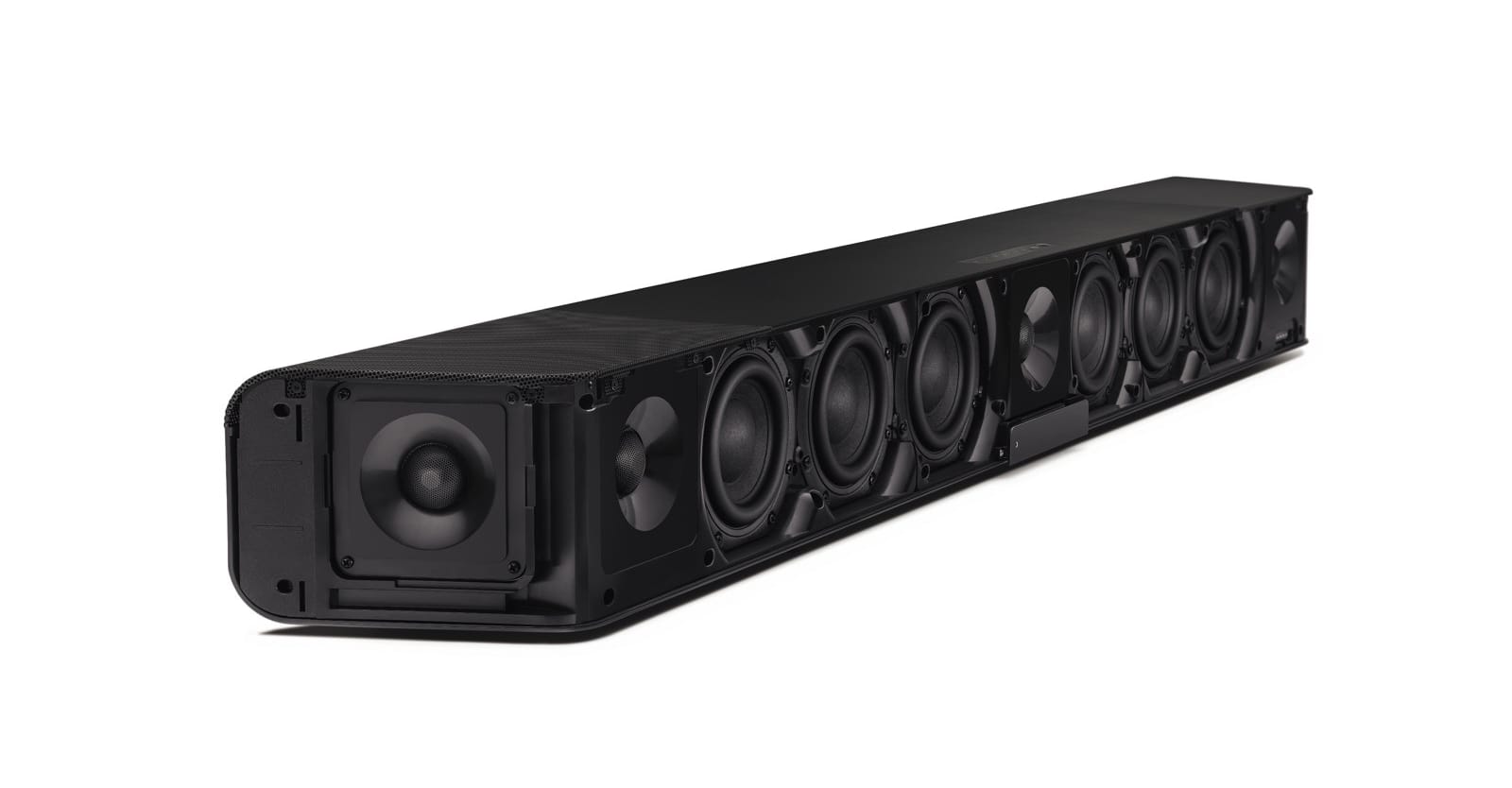 In terms of connectivity, the Ambeo Soundbar has Chromecast built-in. This means that when you're not using it to watch TV, it can be a powerful speaking for streaming music and more from your phone or another device. There's also collection of HDMI inputs, an optical audio port and an AUX (RCA) input. Bluetooth is also included. Sennheiser's Smart Control app for iOS and Android will allow you to futz with acoustic and EQ settings as well as selecting between one of three Ambeo modes: light, standard or boost. The company says that more features are on the way, and when those are ready, the updates will roll out via WiFi and the aforementioned app.

Sennheiser has been chatting up its Ambeo 3D audio tech for years, but the AR and VR applications don't have a ton of mass appeal beyond those audiences. By bringing Ambeo to the living room though, the company has a product that a lot of people can use in their homes.