Now Dell is getting into big screen gaming displays.

Big screens aren't just for movies anymore. That's something NVIDIA proved last year with its 65-inch BFG displays -- now Dell's Alienware is taking a stab at a large gamer monitor of its own. But instead of a huge slab of LCD, it's a 55-inch 4K OLED screen running at 120 Hz. And unlike other displays, the Alienware 55 OLED Monitor can actually run 4K at that high refresh rate.

The Alienware OLED display shares the modern design language of the Area 51m -- so it's all about clean lines and subtle statements. From the front, it looks like any other OLED TV. Around the back, though, there's an LED AlienFX light strip, a glowing Alienware logo and a large "55" emblazoned on the set. Like a computer monitor, and unlike most TVs, Alienware also a cable path and a removable cover to hide all of your wires.

During a brief demo at CES, the Alienware OLED looked just as good as the 55-inch LG OLED in my living room. Colors popped off the screen, and inky dark blacks drew me into the image. It did a great job of showing off the insane contrast I'm used to from OLED -- the sort of thing I typically miss when looking at LCD TVs. Unfortunately, I didn't get to see the display actually running any games, but it looked great while running 60 FPS 4K HDR demos from YouTube. While it supports HDR, Dell is still working on Dolby Vision support. 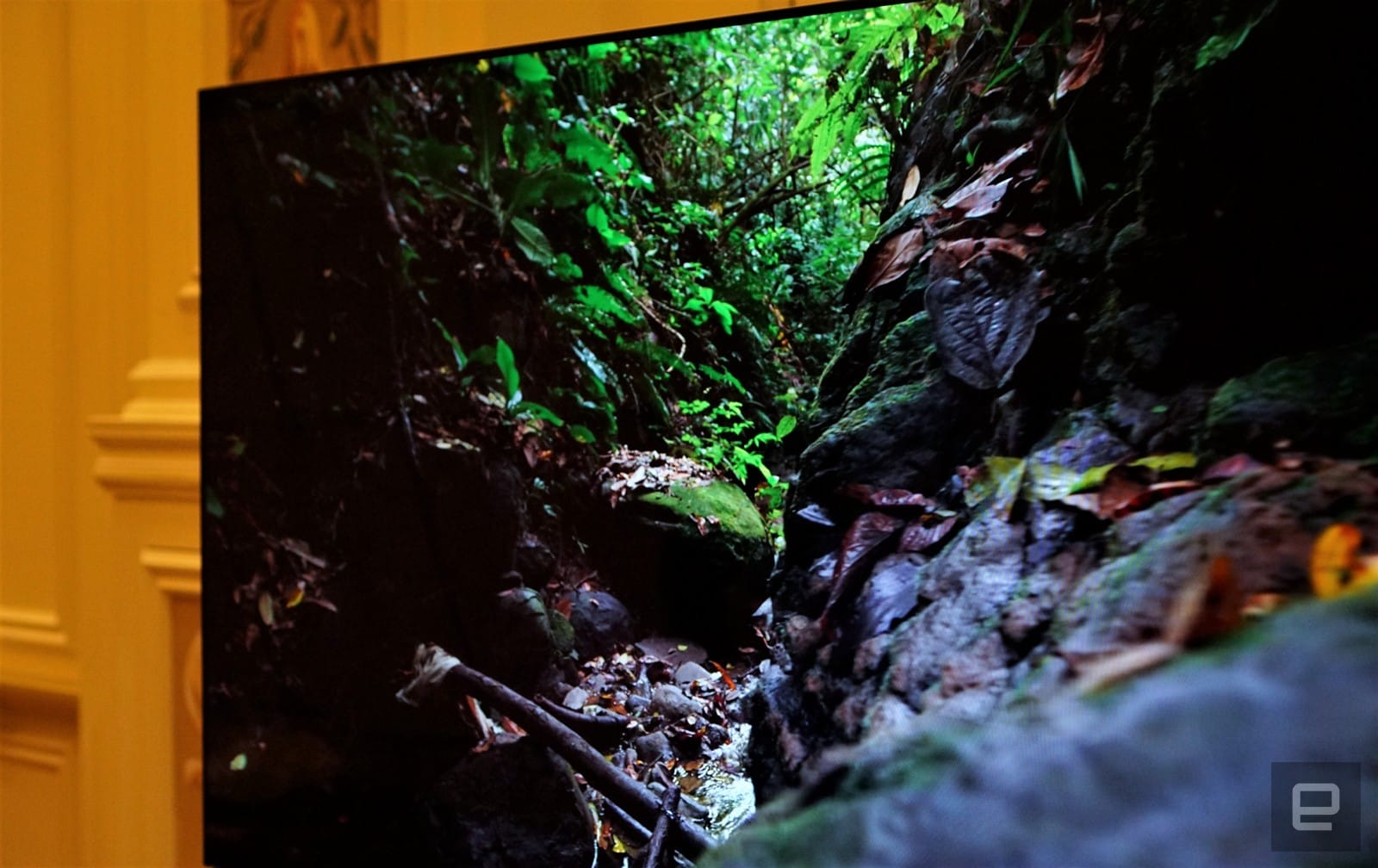 So what makes this Alienware display different than a typical OLED TV? For one, it supports a variable refresh rate all the way to its maximum 120Hz refresh rate, whereas many TVs are locked to 120Hz if they support it. Additionally, it features a DisplayPort 1.4 connection, which supports 4K all the way up to its high refresh rate. HDMI on most TVs is limited to 4K at 60 FPS, and while that's fixed in HDMI 2.1, that technology is only beginning to pop up on LG's newest sets.

As great as the NVIDIA-branded BFG screens look, including HP's new Omen X Experium, I can't help but feel I'm missing out when I know the benefits of OLED. Sure, those can support even higher refresh rates, but those are speeds I'd prefer on smaller desktop monitors (or maybe I'm just spoiled by 34-inch ultrawide displays). At the end of the day, LCDs are an aging technology, and it makes more sense to invest in something that's technically better.

Dell doesn't have any pricing in mind for the Alienware 55-inch OLED monitor yet, but the company plans to release it in the second half of the year. Dell is also bringing OLED to its 15-inch XPS, Alienware and G laptops in March. If anything, it's nice to see the company exploring the world beyond LCDs.

All products recommended by Engadget are selected by our editorial team, independent of our parent company. Some of our stories include affiliate links. If you buy something through one of these links, we may earn an affiliate commission. All prices are correct at the time of publishing.
View All Comments
Alienware's 55-inch 4K OLED gaming monitor is pure eye candy