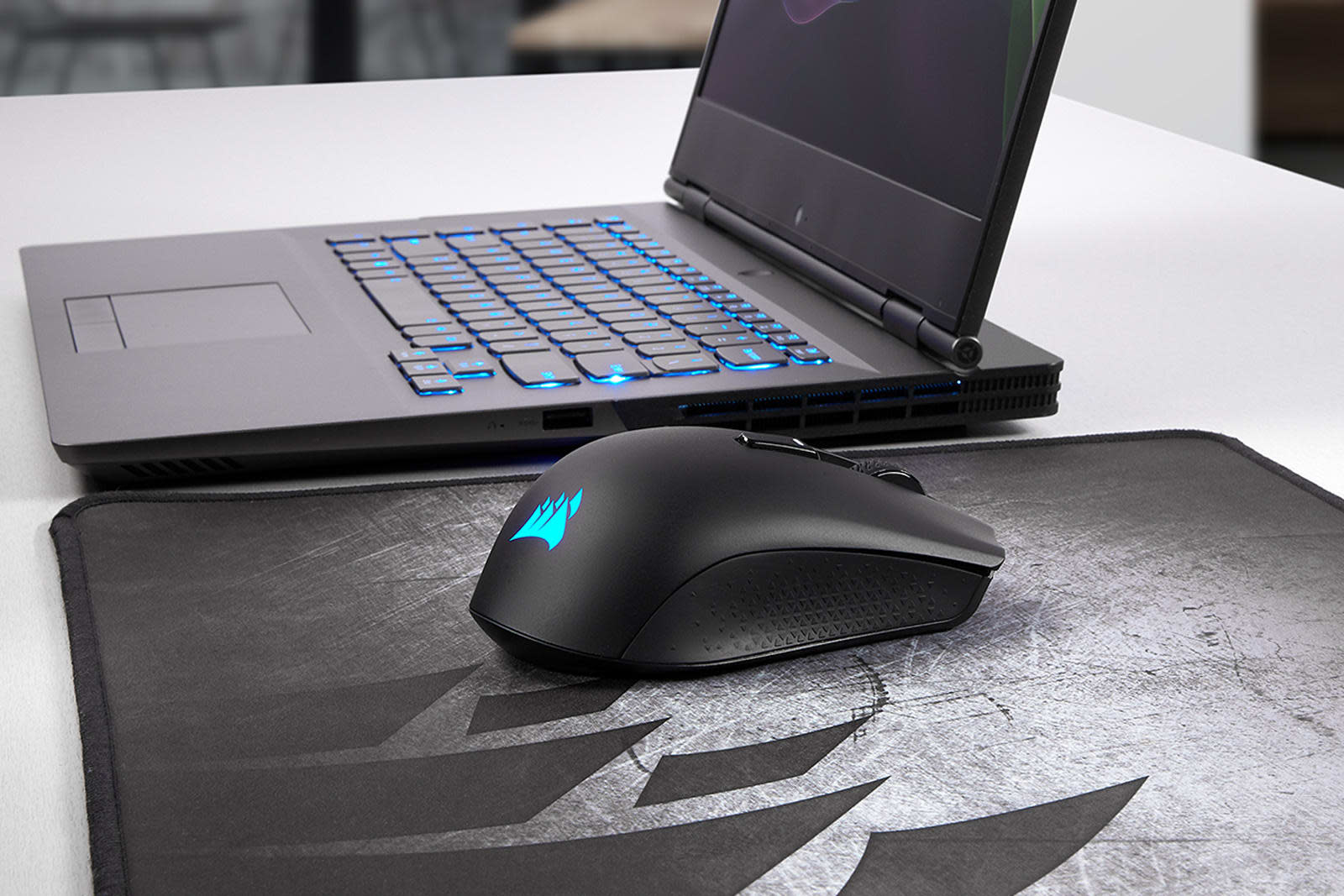 You don't have to shop Logitech if you want a lag-free gaming mouse. Corsair is launching its own take on the concept, the Harpoon RGB Wireless, at CES. The peripheral gives you the option of ditching USB (which remains an option here) for a 2.4GHz Slipstream Wireless connection that promises less than 1ms of latency. If you miss a shot, it probably won't be due to the delay. There's also Bluetooth in case you'd like to quickly switch the Harpoon to your laptop.

The mouse should stand up reasonably well beyond its no-lag tech. You'll find a 10,000DPI optical sensor, six programmable buttons and, as the name implies, customizable RGB lighting. It's useful for about 60 hours of wireless use before you plug in. And more importantly, it's affordable -- the Harpoon RGB Wireless is available now for $50.

There are two mice available if you're more interested in raw performance than cutting the cord. The Ironclaw RGB (middle photo) packs an 18,000DPI sensor, seven programmable buttons and RGB in a design built for fans of large mice, while the M65 Elite (bottom) brings the Ironclaw's sensor to an updated version of Corsair's familiar M65 with a lighter 3.4oz base weight and redesigned side buttons. Both input devices are also available now for $60. 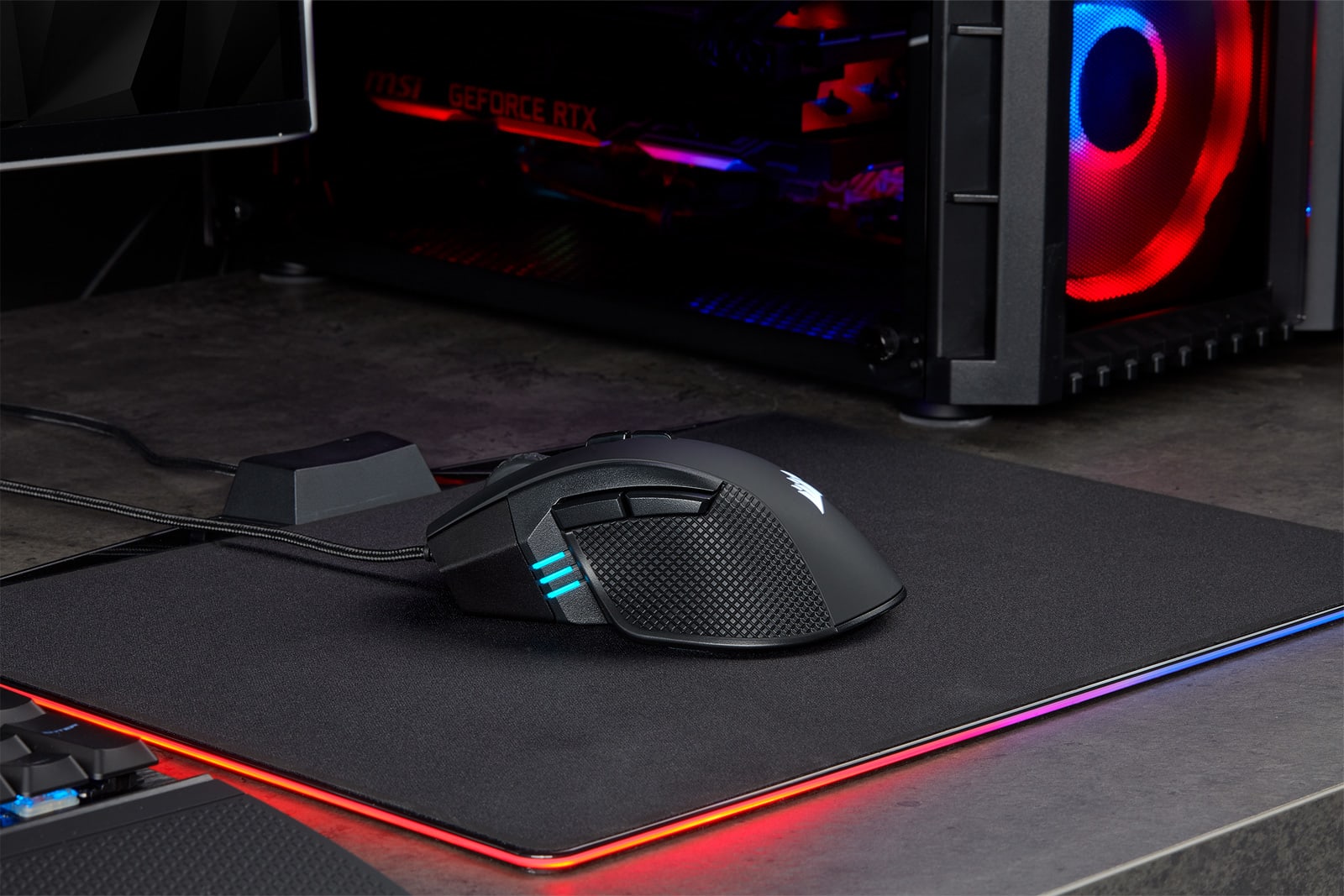 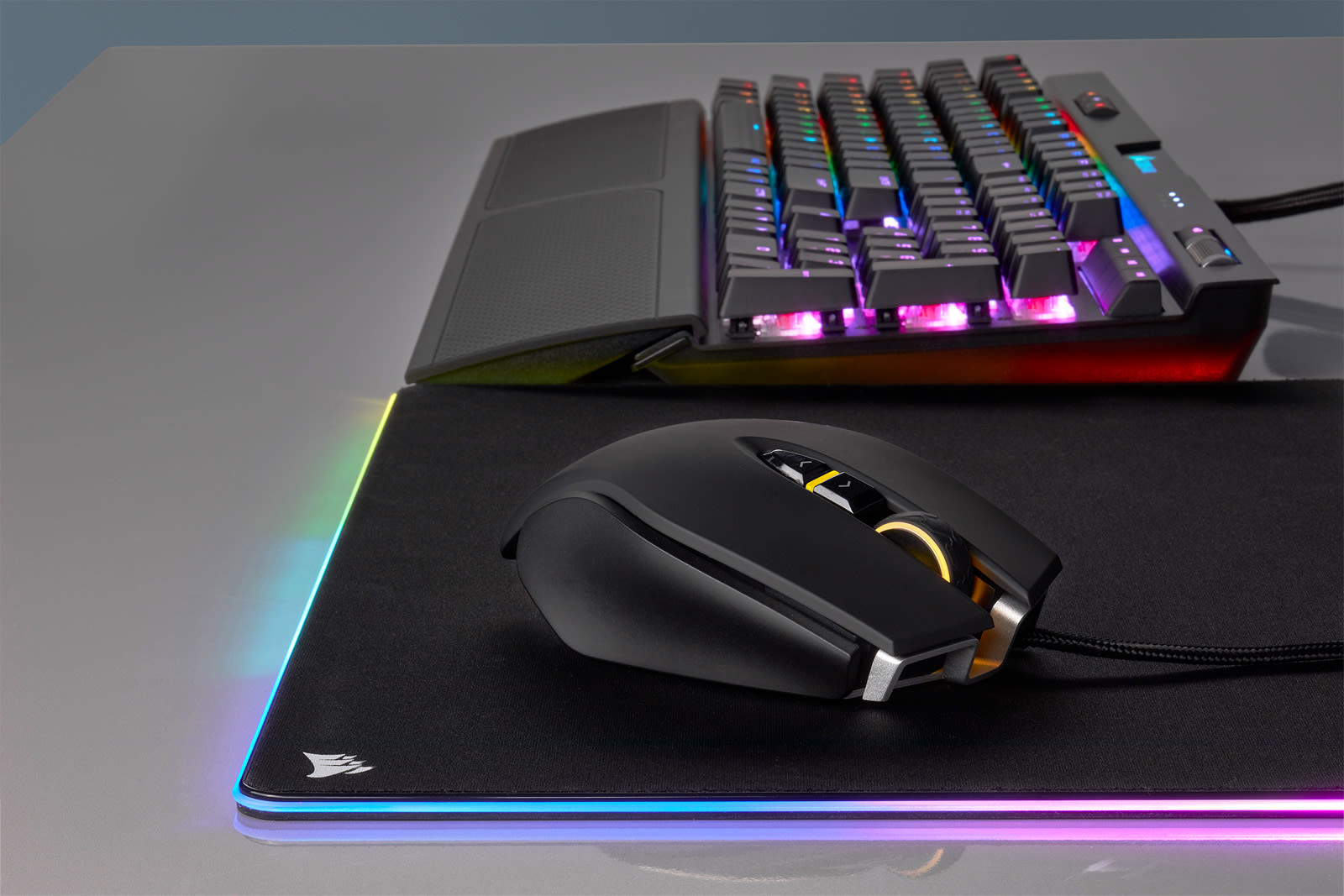 In this article: ces2019, corsair, gaming, gear, harpoonrgbwireless, ironclawrgb, m65rgbelite, mouse, peripherals, personal computing, personalcomputing, slipstreamwireless
All products recommended by Engadget are selected by our editorial team, independent of our parent company. Some of our stories include affiliate links. If you buy something through one of these links, we may earn an affiliate commission.