If you travel, but want to practice guitar, there are options. But I really don't trust TSA and the airlines not to bust a nice acoustic travel axe. Jammy has come up with a solution: a digital guitar with real strings that comes apart.

The Jammy travel guitar can be broken down into four parts: three of which make up the body plus the neck. It's incredibly light, and according to the developers, can fit into a backpack. It'll definitely fit into a carry-on bag. 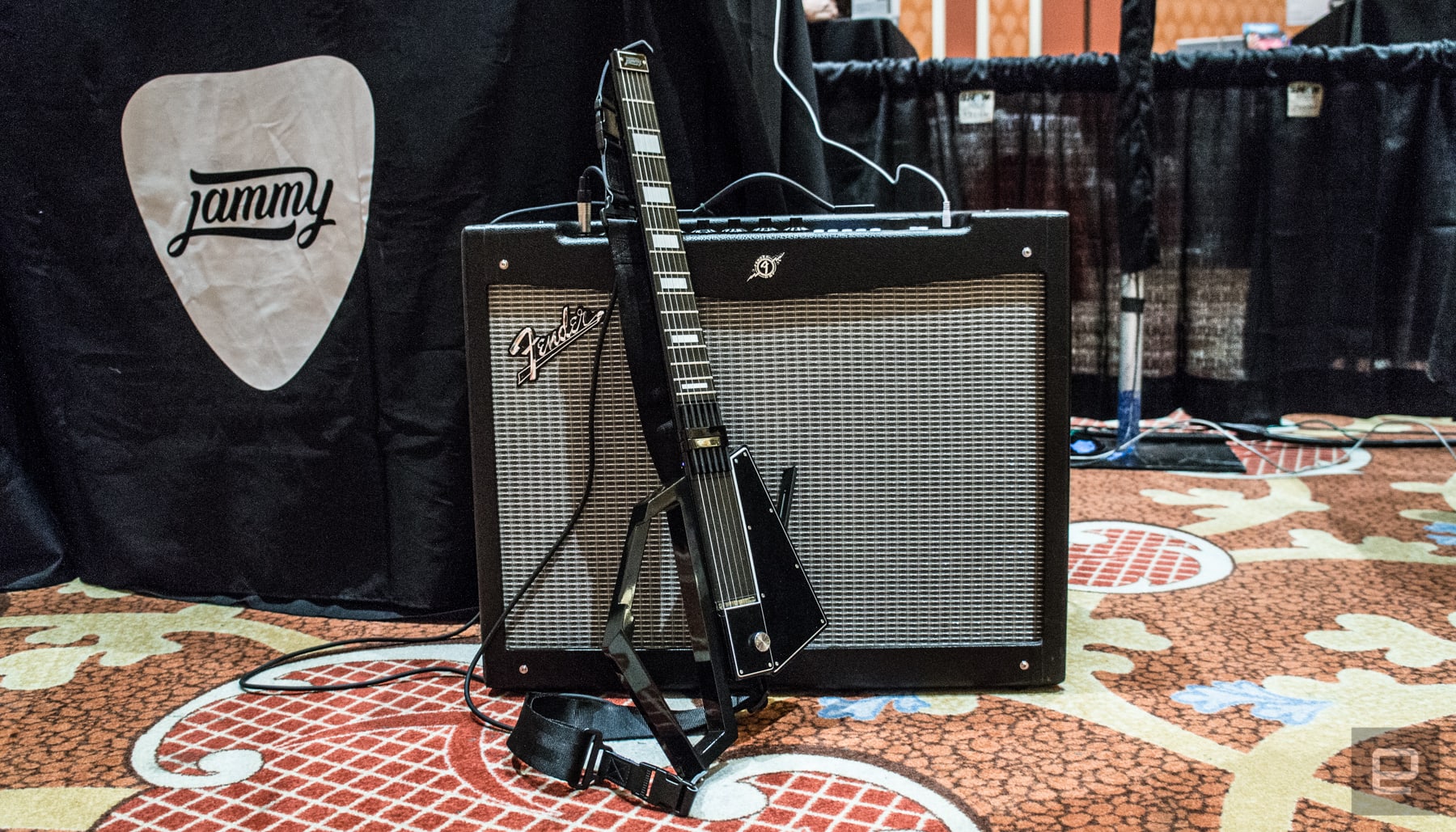 The strings on the prototype I played needed a bit more tension to tighten up the action of the guitar which the company said it was working on. Also, the developers are still working out hammer-ons, pull-offs and slides for the final product. But, overall it was a fun instrument to play. Strumming felt natural and besides the slightly loose feeling strings, chords and single note playing worked well. 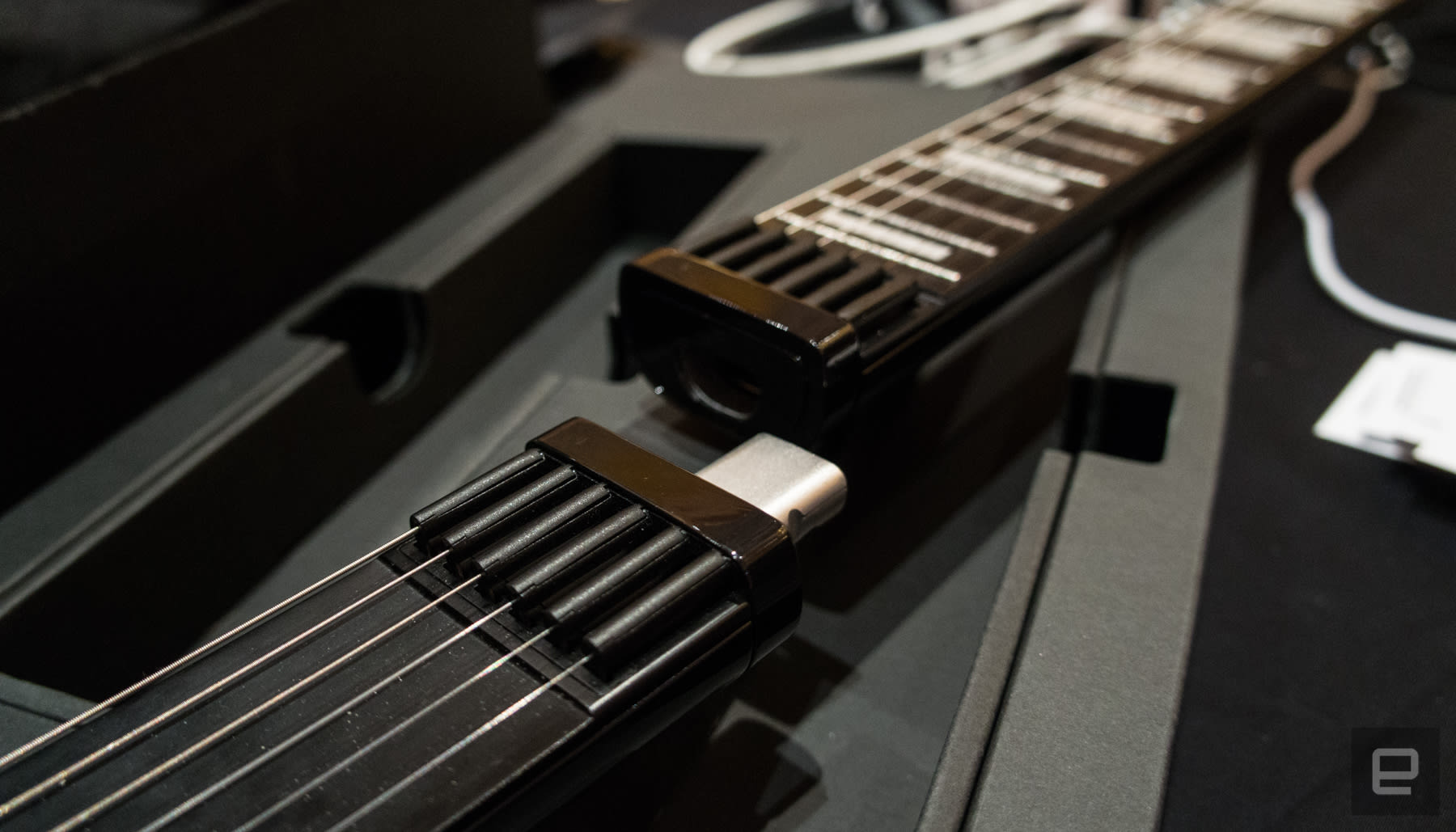 The Jammy started with a design that was troublesome: the fretboard telescoped. Like some the unfortunate offspring of the forbidden love between a trombone and guitar. Fortunately, the developers listened to potential customers and switched to a longer, 15-fret neck. It's not going to impress soloists, but for rhythm guitarists, it's more than enough.

The Jammy is available for pre-order for $399 via the company's website.