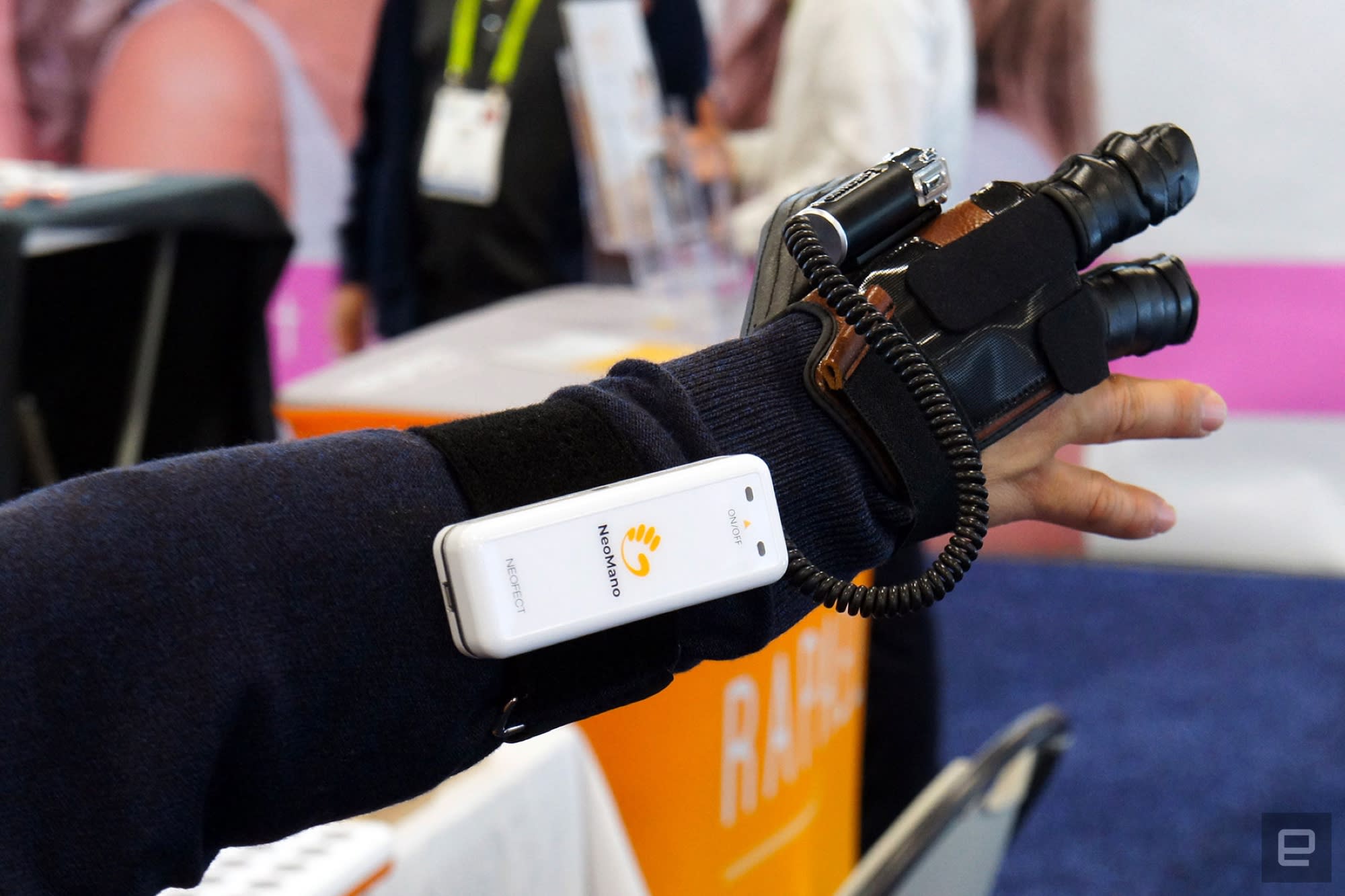 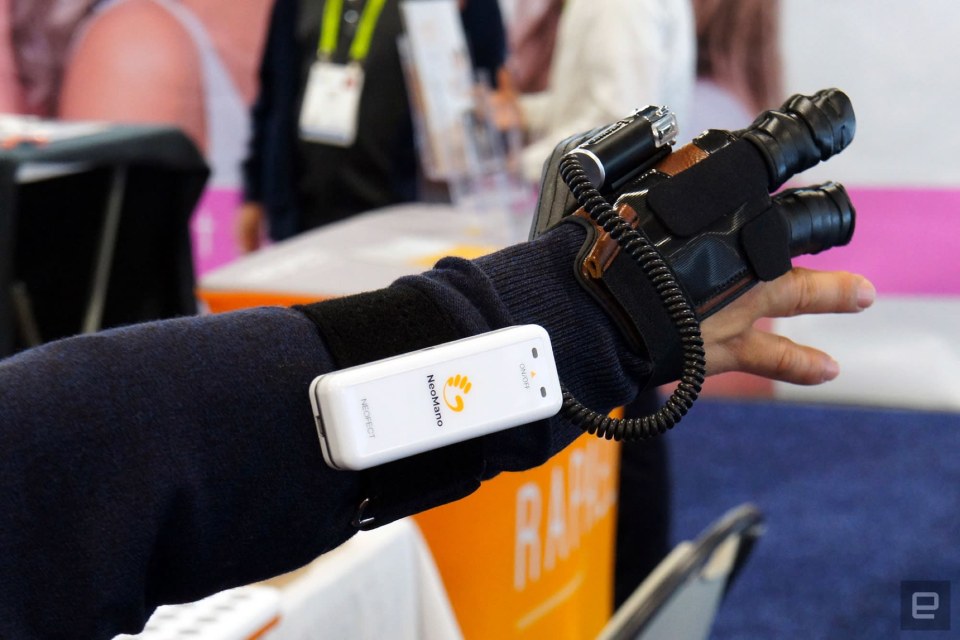 Considering the level of spectacle you can find at CES, it's easy to forget that some companies here would rather build products that help people instead of flashy displays. Consider Neofect: we met this startup last year and found a lot to like about its NeoMano glove, a wearable that helps people who suffer from specific kinds of paralysis regain some use of their hands.

The last time we checked in, the startup had a mostly functional model but still hadn't gotten things to the point where they could actually start producing NeoManos for the masses. Since then, though, Neofect redesigned the glove in a few crucial ways (and delivered on its promise to make the NeoMano look a little "cooler") and successfully ushered it through an IndieGogo campaign. So, what's actually new here?

For one, it's a little more comfortable (not to mention sanitary) to wear since the titanium wires used to raise and lower paralyzed fingers are now covered. More importantly, though, it's (mostly) all wireless. The original version required a hardwired connection between all of the NeoMano's components, which would've been pretty unwieldy for real world use. The current glove, which we're told is basically the same as the version that will ship to backers this summer, connects to a power and control unit that rests on the wearer's forearm. That box then connects to a remote users can wear around their necks, giving them quick access to the grip and open hand controls.

Neofect expects people to be able use the NeoMano for about eight hours on a single charge, and as before, the wire mechanism should allow wearers to lift objects as heavy as 1kg. That's obviously not a lot, but it might just enough to give people who suffer from ALS, multiple sclerosis, nerve damage and more a much-needed sense of normalcy.

In this article: ces2019, gear, hands-on, medicine, neofect, neomano, robotglove, roboticglove, startup, wearables
All products recommended by Engadget are selected by our editorial team, independent of our parent company. Some of our stories include affiliate links. If you buy something through one of these links, we may earn an affiliate commission.