There's a thread on Fitbit's Feature Suggestion forum titled, "Add Pregnancy/Nursing mode for more accurate calorie estimates," with the first comment logged in December 2013. It was locked at 328 comments and 1,388 upvotes. In the comments, hundreds of women chimed in to agree and add their own requests, including tweaks to Fitbit's menstruation-tracking features, nursing settings, weight-gain monitoring and other pregnancy-specific notifications. A moderator lurked, editing labels and updating the status of the request.

On May 9th, 2018, another user submitted a new topic for discussion, titled, "Add pregnancy for more accurate cycle prediction in Female Health Tracking." It's still active and its status is currently, "Reviewed by moderator." In the thread, community managers respond to some users, calling their suggestions for pregnancy features "interesting" and "useful." The most recent moderator response is from December 17th, and it reads, "Hopefully we will have support from other users since more votes and comments an idea has the more visibility and momentum it gains." The thread has 180 comments and 1,014 upvotes (and counting).

The tone of the thread shifts over eight pages of discussion, fading from friendly suggestions to frustration and anger as the issue persists and more women join the conversation. There are numerous similar threads on MyFitnessPal forums, also dating back to 2013.

Digital pregnancy-monitoring tools exist, though many are more interested in comparing the size of the fetus with cute animals than offering helpful medical advice. The most lauded option is the Withings Pregnancy Tracker in the Health Mate app, which ideally connects to a Nokia smart scale and can use imported data from MyFitnessPal. The Withings app proves the market -- it's entirely possible and legal to track a pregnant woman's health and offer suggestions using the same data collected by MyFitnessPal. Under Armour, MyFitnessPal's parent company, simply hasn't dedicated the resources to building out this feature, despite at least five years of customer prodding.

The same goes for Fitbit -- and nearly every health and beauty company at CES 2019. 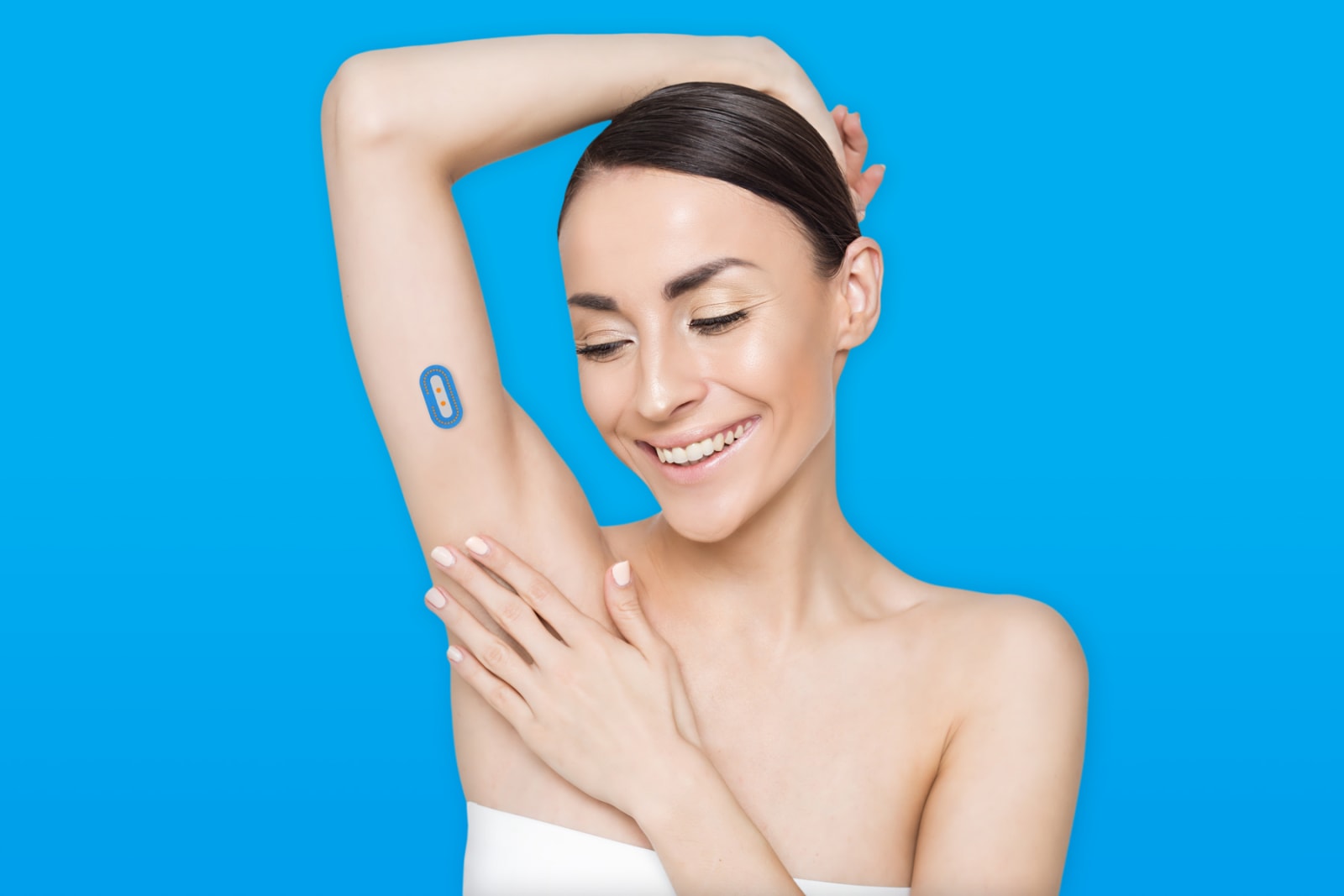 In the middle of a Las Vegas ballroom crowded with the newest tech toys, I asked spokespeople at five health and beauty companies whether their products would be safe or even function for a pregnant woman.

"This hasn't been tested specifically on pregnant women."

"This hasn't been tested specifically on pregnant women," a representative showing off Neutrogena's 3D-printed sheet masks said. It was a common refrain. Spokespeople and developers at L'Oreal (showing off an adhesive skin pH tracker), Withings (the Move ECG watch) and Matrix Industries (the PowerWatch 2) responded with surprise at the suggestion of testing their product on pregnant women. Jeff Ray, executive director of new technology at Omron Healthcare, was the only person to respond with authority, saying pregnant women can definitely use the company's latest blood-pressure-monitoring watch, though it hadn't been tested to catch preeclampsia, a dangerous blood-pressure issue with potentially lethal consequences for both pregnant women and their babies.

"Our main purpose was to get this one to market as fast as possible, then we'll go back and we'll start adding those back on," he said.

Sixty-two out of every 1,000 women aged 15 to 44 became pregnant in 2016, according to the Centers for Disease Control and Prevention. Even though many health and beauty tech products are designed specifically for women, and even though a significant portion of this market will become pregnant at some point, pregnancy settings are seen as a second- or third-tier feature for most of these companies.

Meanwhile, pregnant women every day are opening up their health-tracking apps to find they're largely useless once the baby-growing process begins. That's what happened to Engadget contributing writer Swapna Krishna last year, and it recently happened to my friend, Oonagh McQuarrie. She's 27 and pregnant with her first child.

"Right after I got pregnant, I wanted to track what I was eating," she said. "I've been using MyFitnessPal for years to track food and use it for weight loss, and so it has all this data about me. I didn't want to lose all of that or have to re-input all this information about myself into a new app -- that's why you use the app, so that it learns all of these things about you. You can tell MyFitnessPal I'm doing a keto diet, I want to limit my carbs to X levels, you can tell it what kind of lifestyle you live, active or sedentary, and it'll set caloric recommendations for you. But it didn't have anything about pregnancy."

At first, McQuarrie assumed she was simply missing the pregnancy setting in the app's UI, but she quickly realized it didn't exist. It was the first of numerous pinpricks she would endure every day as a result of her pregnancy -- things she took for granted, like popping a zinc gummy when she caught a cold or melatonin when she needed to sleep, were suddenly wrapped in mystery. How would zinc interact with her changing body? Would melatonin affect the baby's development? She couldn't find satisfying answers and the apps she usually turned to for these types of questions didn't offer any help.

Pregnancy is an unrelenting, full-body experience. On top of worrying about blood pressure, fatigue, swelling, joint pain, nutrition and other common concerns, pregnancy can cause issues that the uninitiated wouldn't expect, such as gingivitis, nosebleeds and eczema. The entire process is filled with uncomfortable and life-threatening possibilities, and it can be especially terrifying for a first-time mom.

As someone firmly ensconced in the digital age, McQuarrie is used to relying on apps and other tech-driven solutions to assuage her fears. Now, when she needs that assurance more than ever, these tools have nothing to offer her. She's been logging her vitals and eating habits in a paper journal.

"When I wanted to lose weight, I did not do that in a food journal," McQuarrie said. "I downloaded an app that did it for me, just like everyone else, because it's the year of our lord 2019 and there should be an app for that."

@fitbit @FitbitSupport When are you going to add pregnancy to your app? Your users have been asking for months. Tracking cycles, but not pregnancy doesn't make sense and is biased against mothers. #fitbitdoesntdopregnancy

MyFitnessPal didn't respond to an interview request, while Fitbit offered the following statement in response to a few questions about its approach to pregnancy: "We are always listening to our Fitbit community and aim to update our features to address their needs, but don't have anything to share around Female Health Tracking at this time." A spokesperson noted that pregnant women can continue to use Fitbit while pregnant. Of course, its forums are pockmarked with stories about the app not tracking women's changes properly, both during and after pregnancy.

While established brands drag their feet on pregnancy features, the market is getting some fresh attention from new companies. CES 2019 featured a range of products designed for expectant and new mothers, from hands-free pumping devices to a first-person baby camera. Evan Griffin is brand director for Owlet, the company behind the Owlet Band, a connected stomach wrap that monitors the fetus while mom sleeps.

"When you're providing products for baby or a pregnant mom, it's what people value most. It's the most treasured thing," Griffin said. "I think for most people it's just easier to avoid the work that goes into it. ... The beginnings of life are probably the most under-innovated space throughout all of technology. Everybody has accepted this poor-quality standard."

Dismissing pregnant women as a real and constant audience begins in the concept phase. The health, fitness and beauty products at CES aren't always ready to hit the market, but even when they do, they're unlikely to include options for expectant or new mothers. The overall response from leading companies and spokespeople on the CES show floor -- surprise, confusion and vague intrigue -- stems from a built-in blind spot. 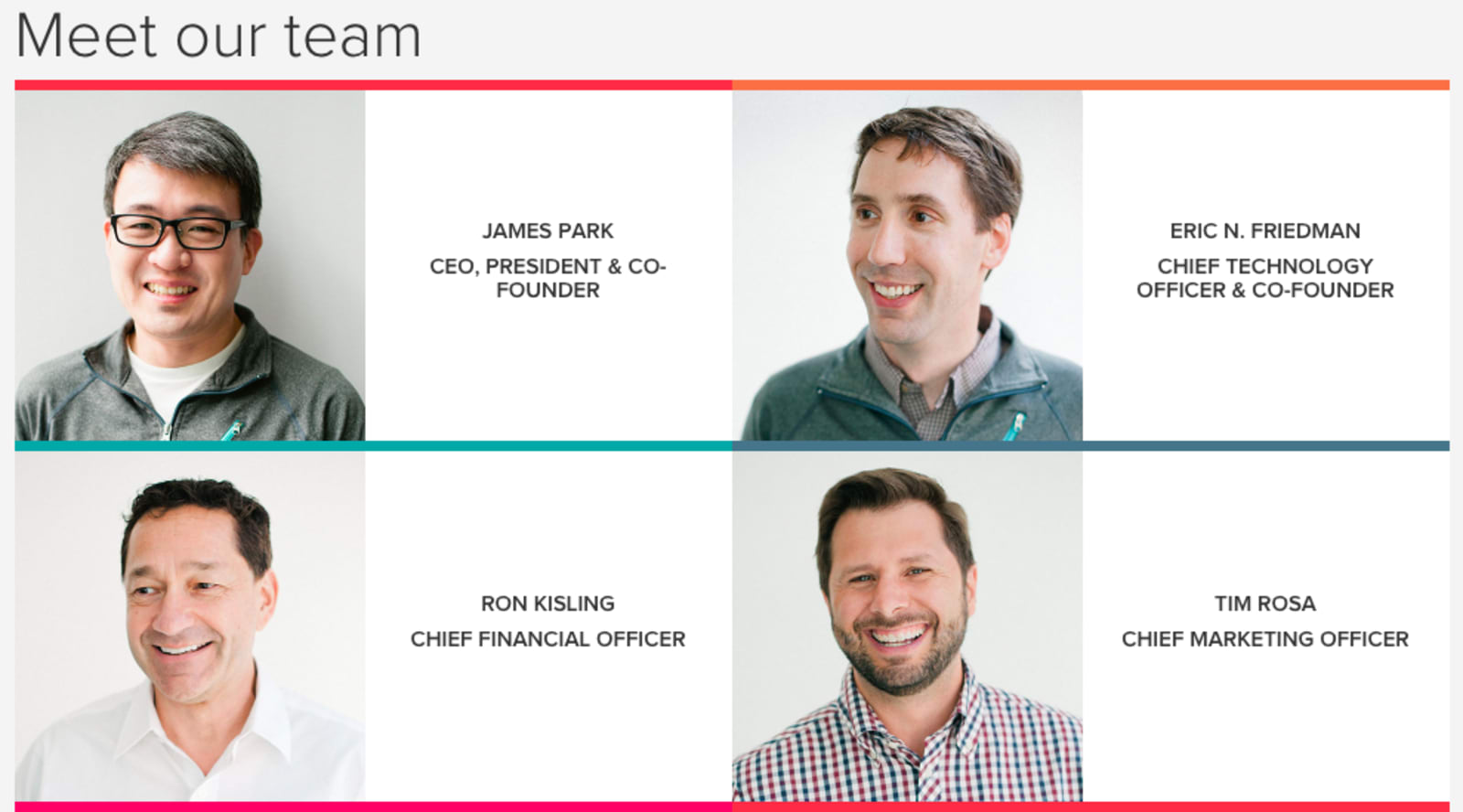 Ironically, the blind spot itself is often clearly visible. Of the 14 executives on Fitbit's Meet Our Team page, just two are women. As Engadget contributor Swapna Krishna said in her story about struggling to use mainstream fitness apps while pregnant, "a big part of the problem is a lack of women in tech (and women investors, as Wachter-Boettcher pointed out), [but] it's also a lack of women from different age ranges."

At 27, McQuarrie is expecting a healthy pregnancy, but she recently had to be tested for preeclampsia. It's a scary possibility -- she'd love to be able to track her progress with an app that knows her body and provides relevant information, just like the ones she uses when she's not pregnant.

"There are so many things about pregnancy -- these tiny fluctuations, you have to be on top of them because if you're not on top of them in the beginning when they're early signs, later when you go into labor they can be life-threatening," she said. "Having an app that isn't a pain in the ass to use, that I can track my bp in, that tells me what's normal ... that kind of stuff is what I want from an app, and there isn't anything that I've been able to find that does that."