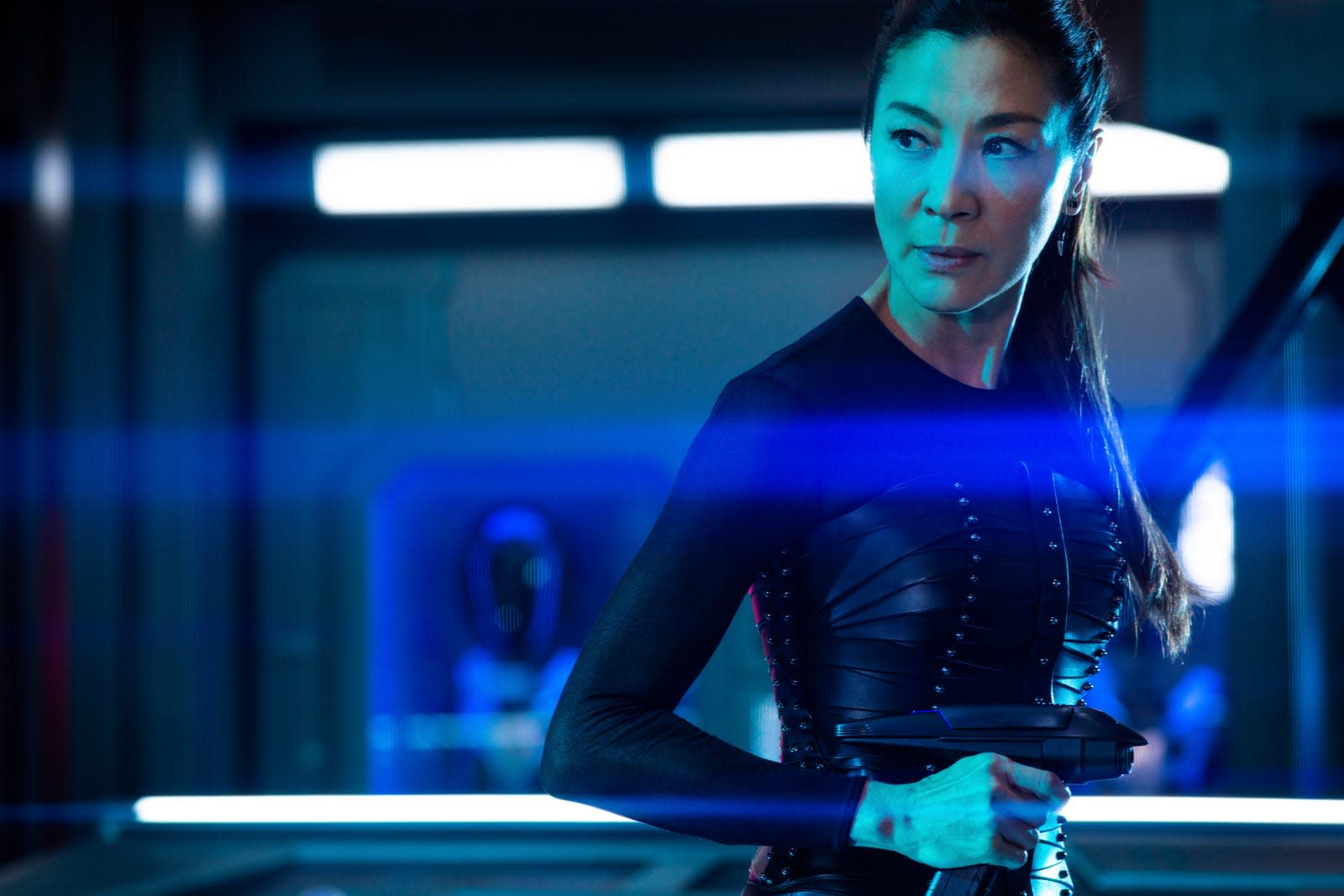 The rumors were true: Michelle Yeoh is getting her own Star Trek spinoff show. CBS All Access has confirmed that Yeoh will star in a new streaming series that elaborates on her character Captain Georgiou's role in Starfleet's mysterious Section 31, which plays an important role in Discovery's second season. Most details are still forthcoming, but it'll be executive produced by a familiar team that includes Discovery veteran Alex Kurtzman as well as Rod Roddenberry.

The as yet unnamed show joins two other confirmed full-length Star Trek shows on All Access, including its Jean-Luc Picard series and the animated Lower Decks. More than ever, CBS is making it clear that Star Trek will serve as a hook for its internet-only service. The question is whether or not it's striking the right balance. This could provide a steady stream of sci-fi material for fans who might otherwise unsubscribe in between Discovery seasons, but there's also a concern that CBS risks following in Disney's footsteps by oversaturating the audience.

In this article: alexkurtzman, cbs, cbsallaccess, entertainment, internet, michelleyeoh, services, startrek, startrekdiscovery, streaming, television, tv
All products recommended by Engadget are selected by our editorial team, independent of our parent company. Some of our stories include affiliate links. If you buy something through one of these links, we may earn an affiliate commission.