This 'elevated sports sedan' isn't just built for the driver.

While Nissan already sells a relatively popular electric vehicle, the Leaf, it's still imagining concepts that wrap more appealing shells around a zero-emission drivetrain. Enter its latest "Intelligent Mobility" concept car: the IMs. Following the IDs and IMx models we've seen at events in years past, this one tries to create a whole new kind of car with the "elevated sports sedan."

In a world where SUVs and crossovers are eating into car sales, maybe that makes sense, but this almost-a-crossover not only rides high on 22-inch aluminum alloy wheels and an air suspension that adjusts to the terrain, but it can go with dual electric motors capable of 483 HP and 590 lb-ft of torque. 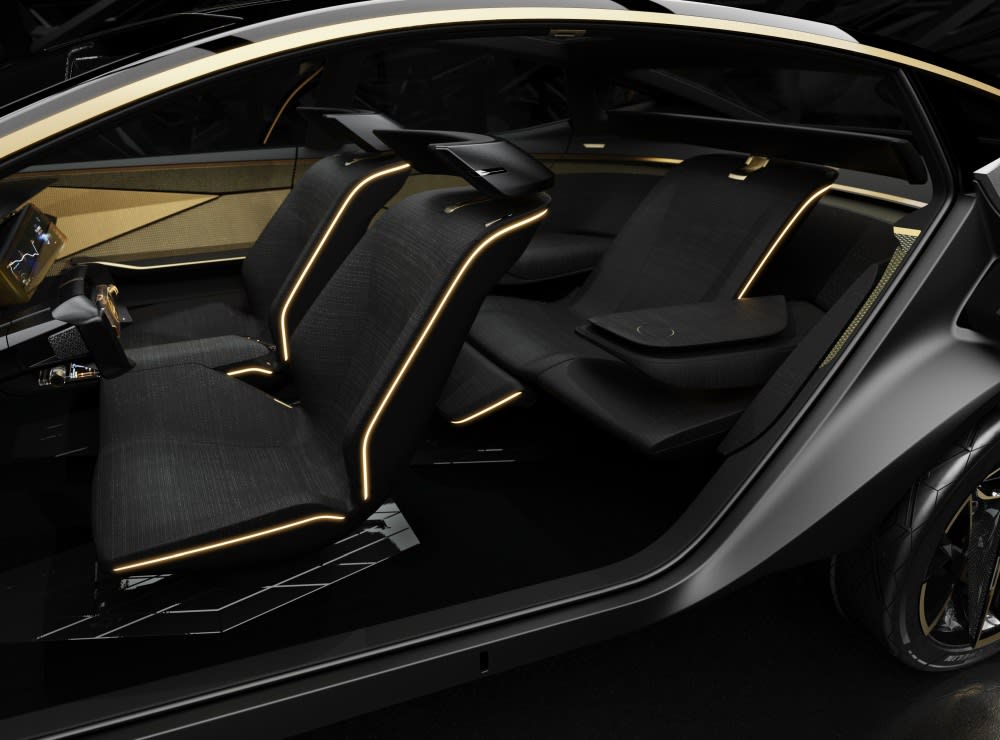 Inside its B-pillar-less suicide doors the IMs calls on ""timeless Japanese futurism," with high-level craftsmanship and high-tech working together. Program design director Giovanny Arroba said that "With the raised, flat-bottom platform and absence of interior restrictions, there's a sense of almost levitating, as if you're riding on a magic carpet." These concepts take advantage of new possibilities with electric vehicles that no longer need HVAC systems or drive trains in certain positions inside the cabin, which can allow for new experiences whether you're the driver or the passenger. 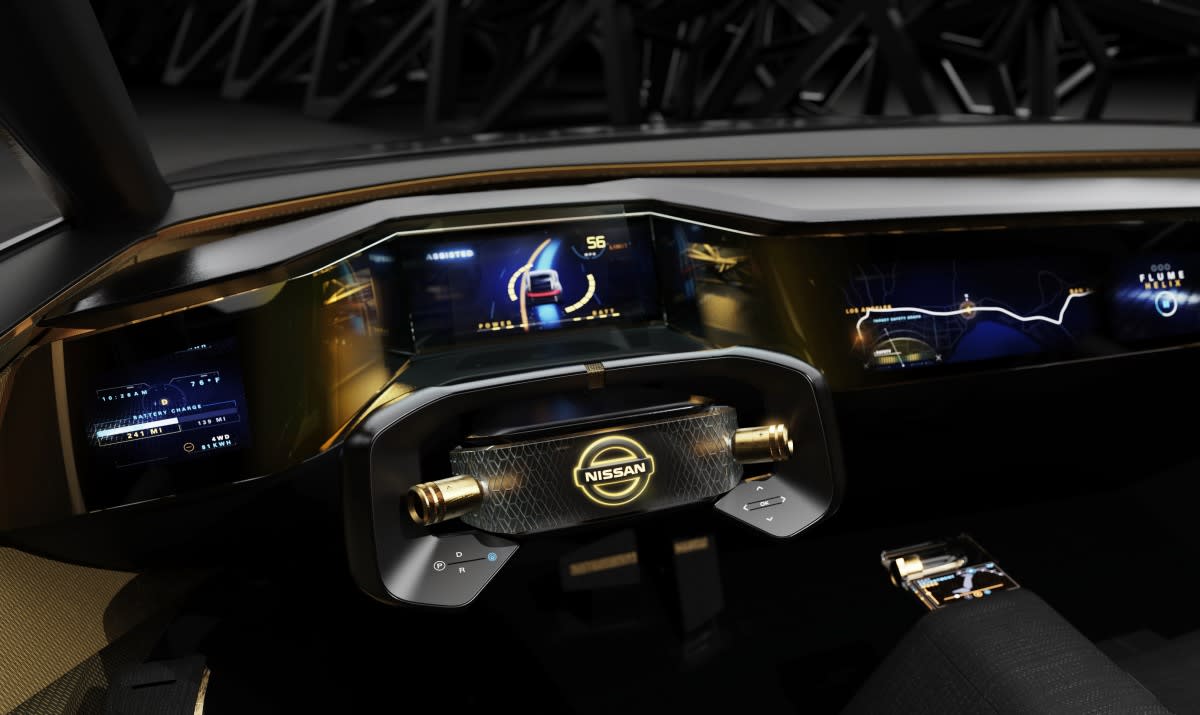 Nissan designers have worked up an advanced GUI for the driver that relies on a layered instrument cluster. It also supports Nissan's recently-revealed omnisensing "Invisible to Visible" package that uses information from sensors and data from the cloud to reveal things that may be outside what the driver can see with their own eyes. While operating in autonomous mode, the front seats can turn around and face the rear, where the outside seats of its three-across bench can fold up to create a "Premier" seat fit for executive travel.

Electric powertrains and autonomous features are giving designers new opportunities to use the spaces inside cars -- when we see this one on the show floor we'll have a better idea of how well everything worked out.