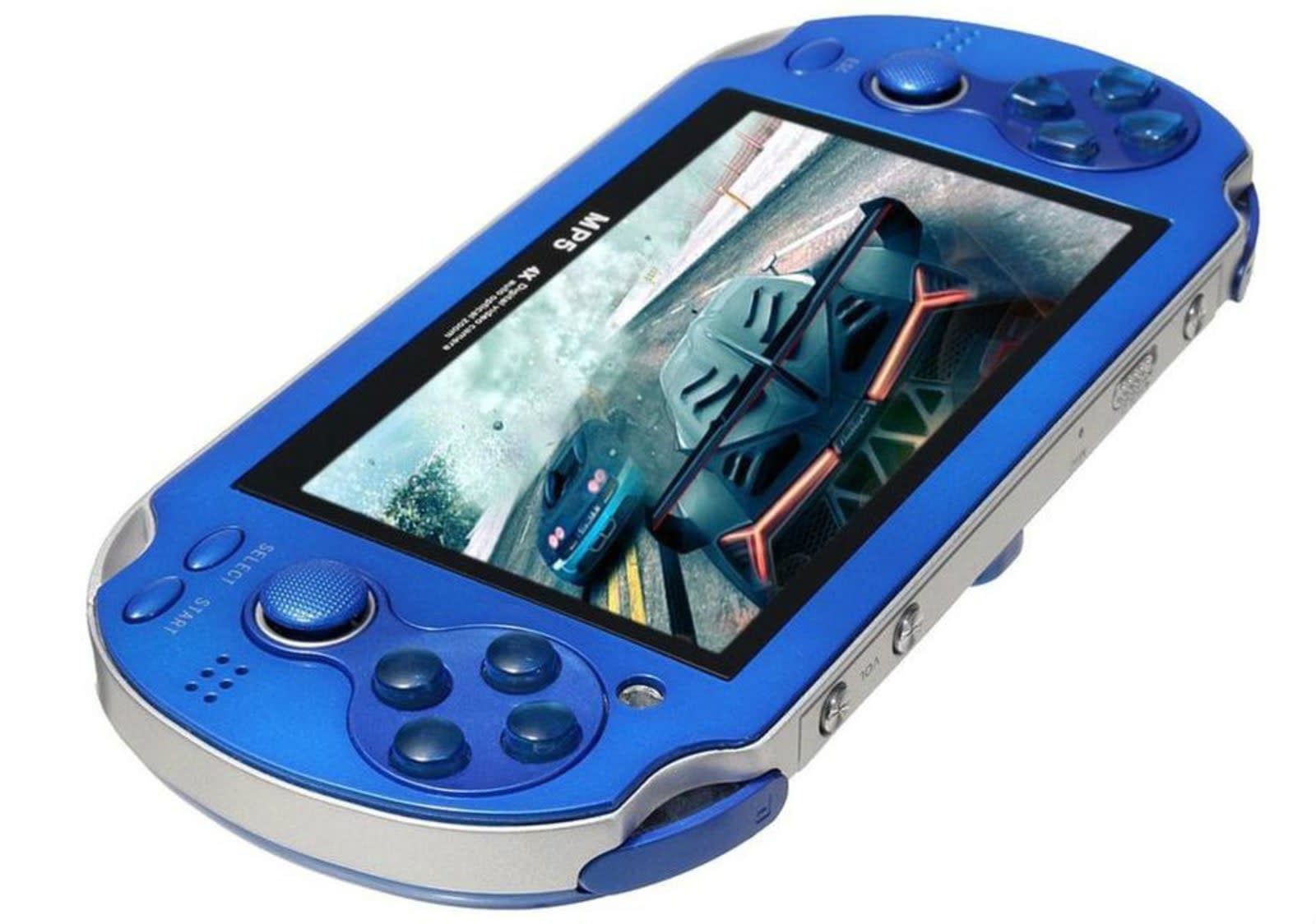 Soulja Boy is shrugging off possible legal threats from gaming giants with another rip-off console. In the wake of his ill-fated Nintendo emulator swag, his latest attempt at plagiarism marries the design of a PS Vita with the specs of a PlayStation Portable (a 480 x 272 resolution on a supposed "HD" screen is just the tip of the iceberg). It's probably only a matter of time till Sony tells Soulja -- real name DeAndre Cortez Way -- to pull the plug or face legal action.

If you want to peep the "SouljaGame Handheld" before its inevitable demise, it's up for sale on the "SouljaWatch" merch website for $100, though there's no mention of compatible games. As with his Nintendo knock-offs, it seems Soulja is just drop-shipping the portable device from China (at least according to this AliExpress listing of an identical $33 "Onleny" handheld) and charging triple the original asking price.

The SouljaWatch homepage also features a "SouljaGame" console that looks like an Xbox One with elongated PS4 controllers. Other product highlights include Apple AirPods knock-offs, a SouljaPad tablet, an Apple Watch lookalike and a smartphone (which we assume comes preloaded with a Crank That (Soulja Boy) ringtone).

To be clear, Soulja Boy is a massive gaming nerd who's named mixtapes after Mario and even reviewed Braid, so he likely knows the value of his third-rate wares. His other hapless dalliance with tech included hoverboards that were snapped up by fraudsters, leaving Soulja with a $175,000 bill for Stripe payments that never materialized.

In this article: av, gaming, psp, PsVita, SouljaBoy
All products recommended by Engadget are selected by our editorial team, independent of our parent company. Some of our stories include affiliate links. If you buy something through one of these links, we may earn an affiliate commission.