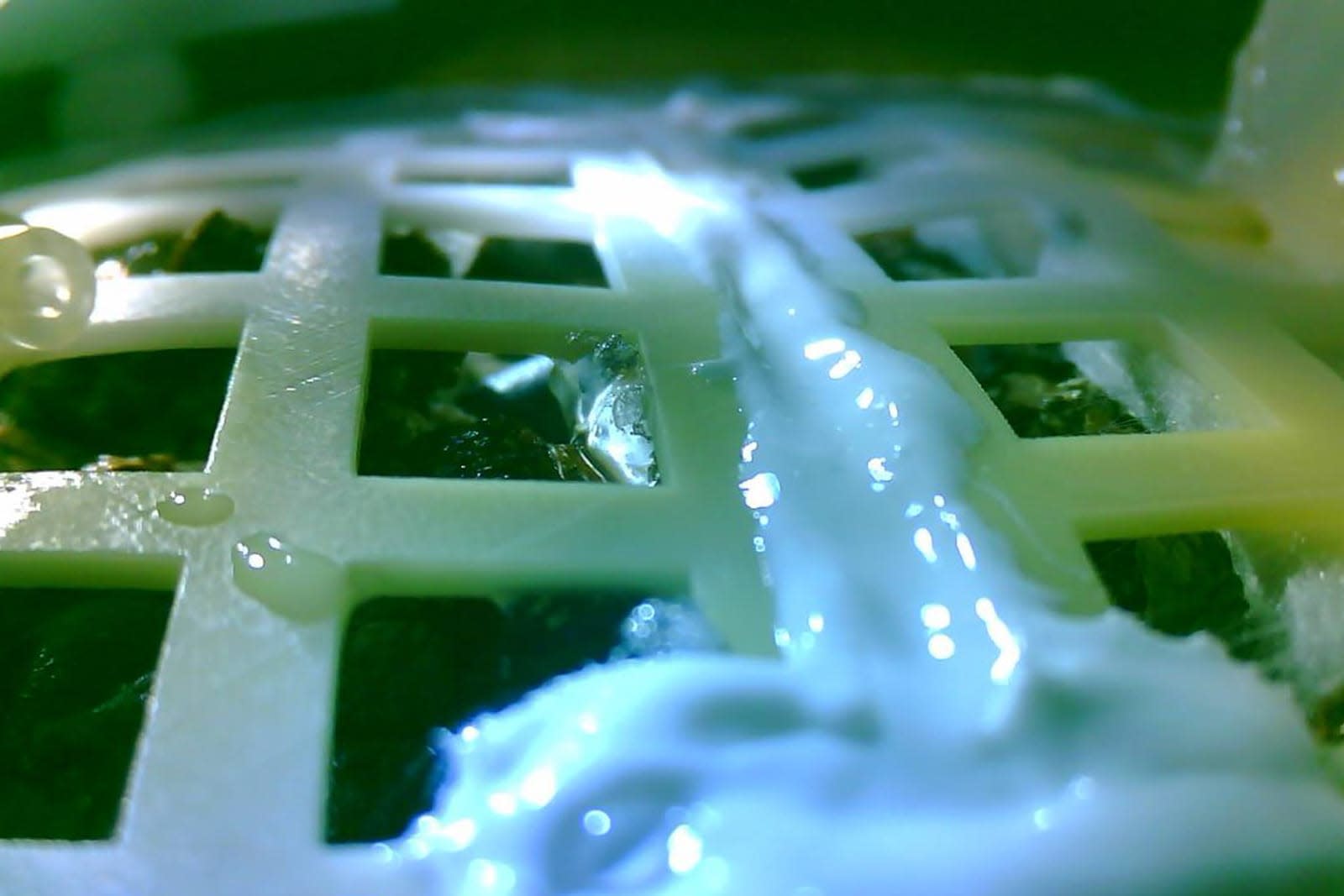 The greenery you see in the soil above might not look like much, but it represents a big step in space exploration. Cotton seeds brought to the Moon aboard China's Chang'e-4 mission have sprouted, marking the first time plants have grown on the lunar surface. They're not in contact with the lunar surface, as you might imagine. The cotton, potato seeds, yeast and fruit fly eggs are instead tucked inside a sealed, self-sustained biosphere that provides the necessary climate and nourishment.

There's still more to prove. China has to show that the plants can continue to grow, and that's no mean feat between the widely varying temperatures and the lower gravity. The lander has to make dramatic changes to preserve the biosphere's conditions and keep its interior relatively consistent.

Even with those challenges, this represents a significant milestone: it suggests that astronauts will have a realistic chance of growing plants on missions to use for food, oil and other resources. That could lighten the cargo load for long-term missions to the Moon and Mars, and could make it possible to stay after some initial supplies run low. Extraterrestrial farms are a long way off, but they're at least sitting on the horizon after this achievement.

First in human history: A cotton seed brought to the moon by China's Chang'e 4 probe has sprouted, the latest test photo has shown, marking the completion of humankind's first biological experiment on the moon pic.twitter.com/CSSbgEoZmC

In this article: biology, change4, china, cotton, gear, moon, plant, plants, rover, space, tomorrow
All products recommended by Engadget are selected by our editorial team, independent of our parent company. Some of our stories include affiliate links. If you buy something through one of these links, we may earn an affiliate commission.