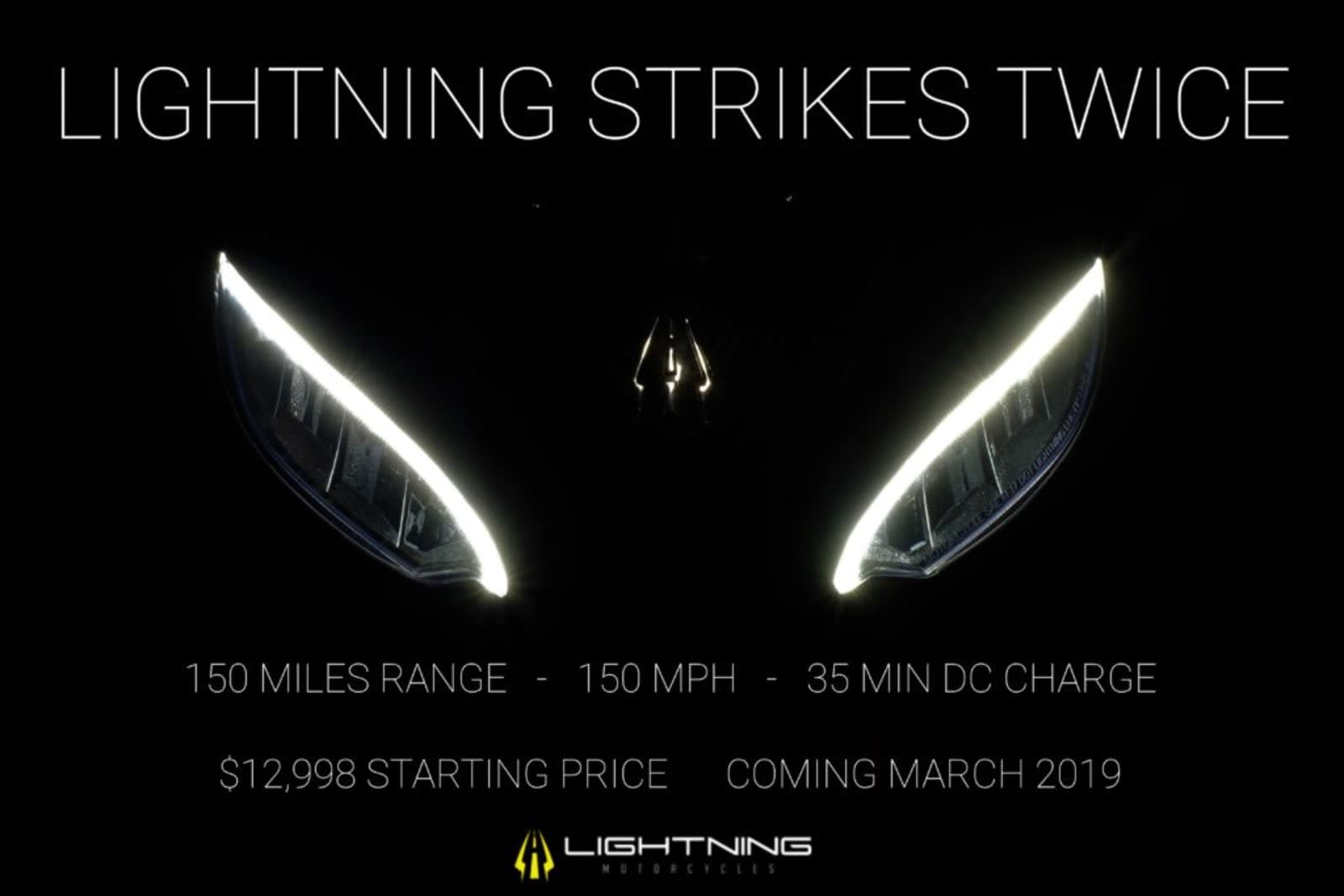 Lightning Motorcycles, maker of the land speed record-breaking LS-218, has announced its first mass-market electric motorbike. Starting at $12,998, the "Lightning Strike" will be capable of a 150-mile range, 150 mph top speed (that's faster than the $30,000 Harley Davidson LiveWire) and fast-charging in 35 minutes, boasts the company. The Strike is slated for March, which is also when we'll learn about its full range of specs and (we assume) what it looks like. For now, Lightning is only offering the teaser above.

The move pits it squarely against Zero Motorcycles, though the Strike costs around $3,500 less than the 2018 Zero SR (which boasts a similar range). To prove that it's serious about meeting potential demand, Lightning recently moved into a larger facility in San Jose, where it plans to increase production of the LS-218 superbike and (probably) churn out the Strike as well.

In this article: gear, lightning motorcycles, transportation
All products recommended by Engadget are selected by our editorial team, independent of our parent company. Some of our stories include affiliate links. If you buy something through one of these links, we may earn an affiliate commission.