Spotify's in-car music player may go on sale this year

Voice control and presets would offer fast access to your tunes.

Spotify's rumored in-car music device appears to be taking shape. Financial Times sources claim the service plans to launch the in-car player sometime later in 2019 for roughly $100. There are more details as to how it would work, too. While the earlier leak mentioned voice control, the add-on would also include preset buttons that take you directly to playlists. You could play the soundtrack for your morning commute with a quick press. The hardware would pair to your car's sound system through Bluetooth, so you wouldn't need an aux-in cable to start listening.

Both Spotify and its reported hardware partner, Flex, have declined to comment on the apparent scoop. However, there's evidence to support it. Spotify recently registered with the FCC to sell wireless devices in the US, so there's little doubt that it wants to release something -- it's just a question of what. The service has also been on an automotive kick lately, introducing a Car View in its mobile app that helps keep your eyes on the road.

More importantly, there's a strong incentive to produce an in-car player like this. It could bring mid-drive music streaming to older cars where the alternative may be a costlier head unit. For newer cars, it could provide faster access to Spotify. There's also the question of ensuring that Spotify stands out. Android Auto and Apple CarPlay are great for music on the move, but Spotify is just one app among many (and not the highest-priority app at that) -- a dedicated device is more eye-catching and would discourage people from considering alternatives. 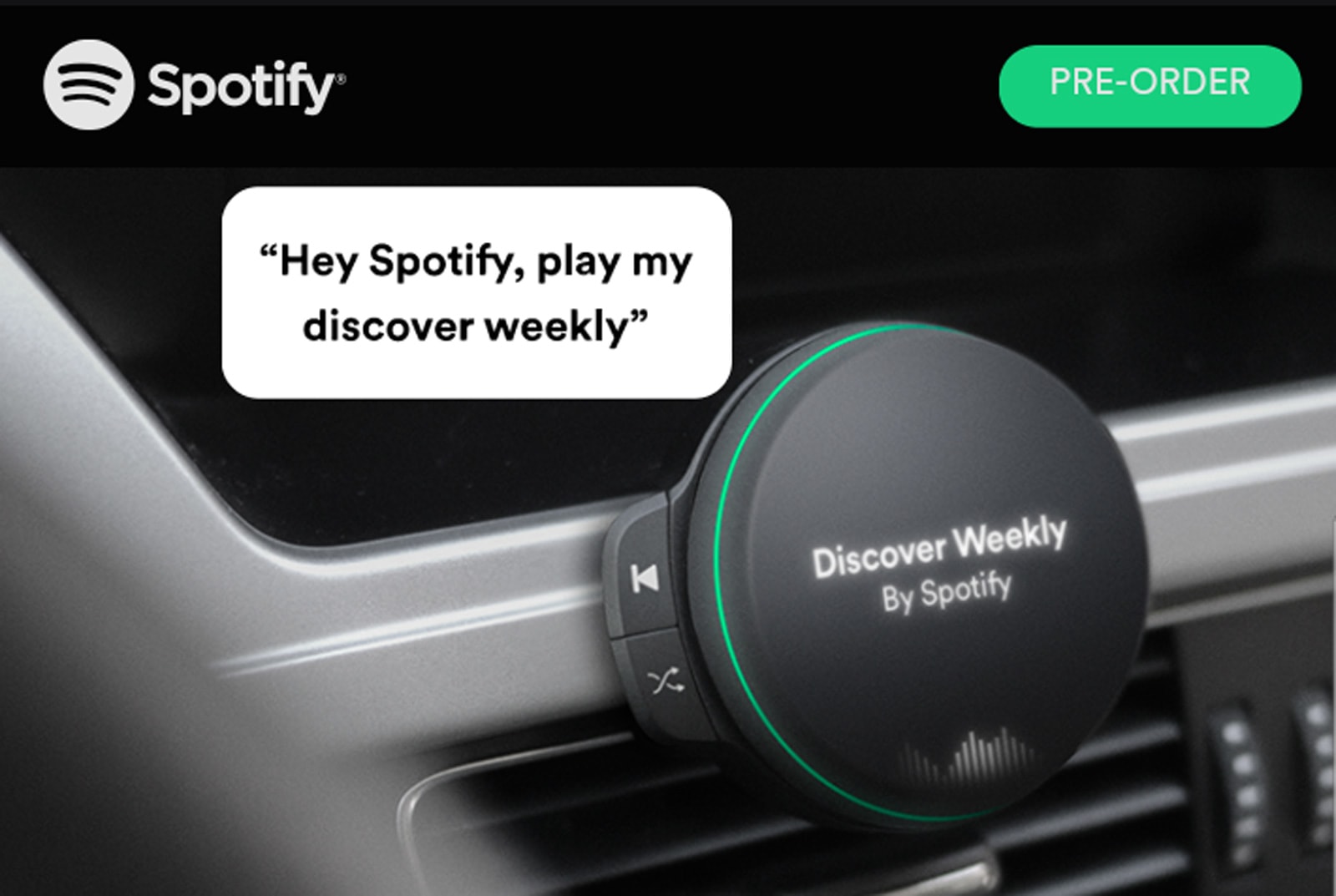