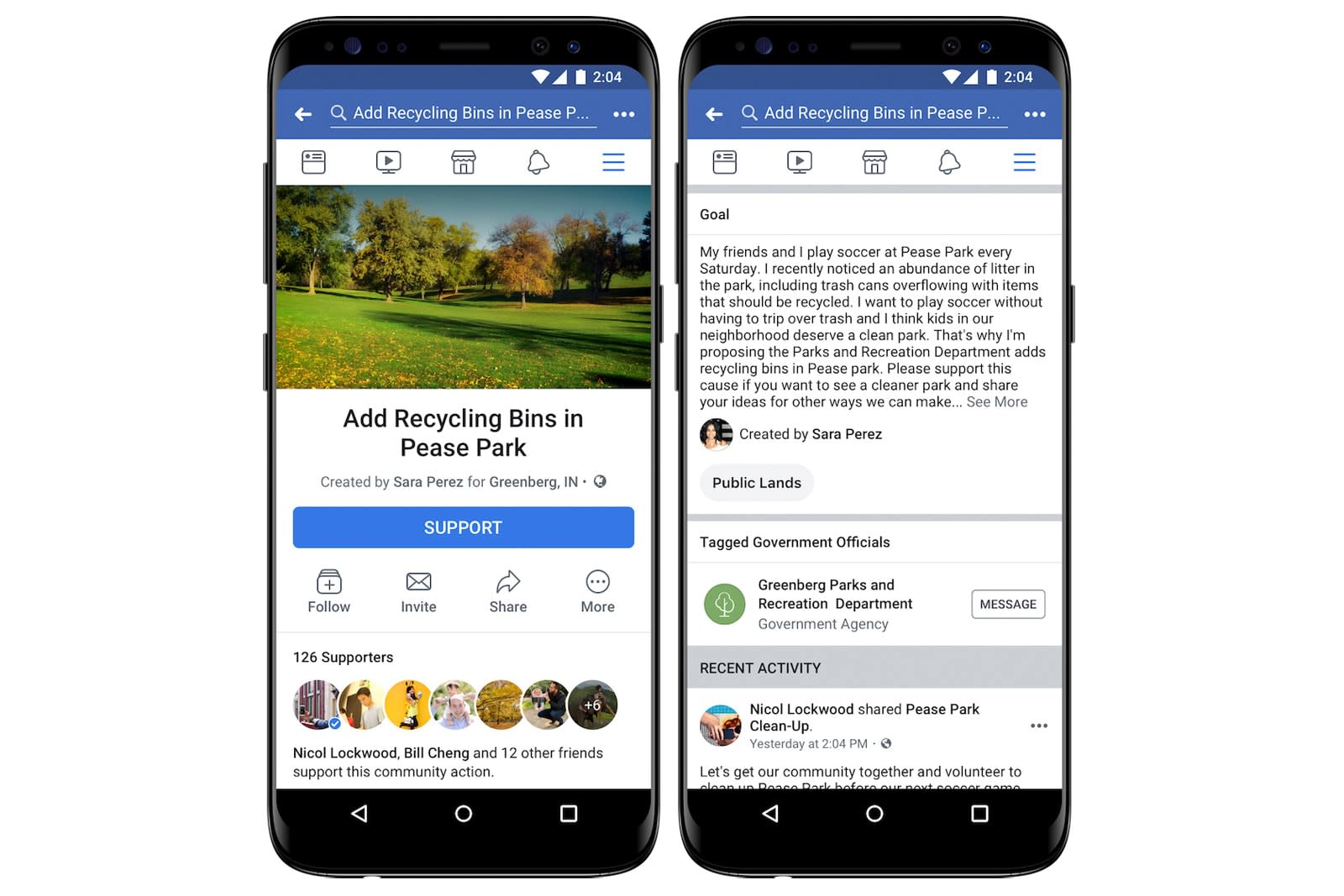 Facebook's efforts to improve civic engagement are expanding beyond easy access to politicians and voter registration campaigns. As of January 21st, it's launching a Community Actions feature in the US that brings political petitions to the News Feed. Creators just have to write a description, tag the relevant political figures and watch the support roll in. A discussion section lets people both comment on petitions and run their own support campaigns, such as events or call-your-representative drives. You can see the number of people who've backed a petition, but you'll only see names for friends or public figures.

The company is well aware of the possibility for abuse. Aside from limiting Community Actions to a relatively narrow scope, it's betting that a mix of algorithmic abuse detection, human oversight and user reports will prevent people from starting racist or otherwise offensive petitions. Not surprisingly, Facebook also won't let you tag the President or Vice President. It instead prefers that you reach out to your local representatives, and will even apply a "constituent" badge to make clear that you have a stake in this political request.

Whether or not Community Actions work well in practice is another matter. While Facebook is trying to minimize abuse and told TechCrunch that its early tests went well, there are concerns that fringe groups could game the system and artificially inflate their support. And then there's the not-so-small matter of bias accusations -- people from across the political spectrum will likely have very different ideas on what constitutes an unacceptable petition. Facebook may have to tread carefully if it's going to ensure healthy discourse. If it does pull this off, though, you'll have an easy way to make your voice heard.

In this article: activism, communityactions, facebook, gear, internet, petition, petitions, politics, socialnetwork, socialnetworking
All products recommended by Engadget are selected by our editorial team, independent of our parent company. Some of our stories include affiliate links. If you buy something through one of these links, we may earn an affiliate commission.