LG and Huawei will reveal 5G phones next month

They'll launch their devices at Mobile World Congress in Barcelona.

In 2018, LG and Huawei announced that they're working on 5G phones slated for launch sometime this year. Turns out we'll see them both very, very soon: The companies will be unveiling the first devices that comply with 5G standards at the Mobile World Congress in Barcelona this February. According to Android Police, Huawei revealed that it's showcasing a 5G smartphone with foldable display at a 5G launch event in Beijing. The Chinese company didn't keep it a secret that it's developing a foldable 5G mobile device, but Huawei chief Richard Yu said in October last year that it hasn't been fine-tuned for customer use yet. While it's not clear how much it has improved since then, we'll still likely see prototype at the event.

As for LG, the company dropped some details in a press release, where it reiterated that it's releasing its first 5G phone in the US with Sprint. The electronics maker's device will be powered by a Snapdragon 855 processor, which can boost its performance by 45 percent compared to current devices. It will also feature a 4,000 mAh battery, larger than the V40 ThinQ's (3,300 mAh), the iPhone X's (2,716 mAh) and a lot of other phones' batteries today.

The faster processor is necessary so the phone's performance can keep up with 5G's blazing-fast speeds -- what good is next-gen mobile internet if the device can't load photos and other content just as fast, after all? And since the phone will have to process both LTE and 5G signals, the bigger battery means it won't run out of juice faster than current phones. In addition, LG said it equipped the device with a bigger heat pipe to prevent it from overheating even if keep your 5G connection on for long periods of time. 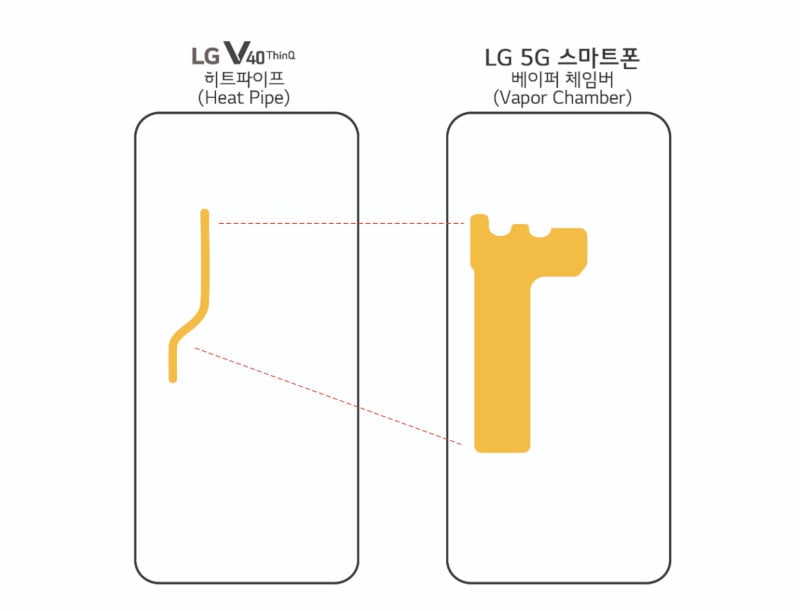