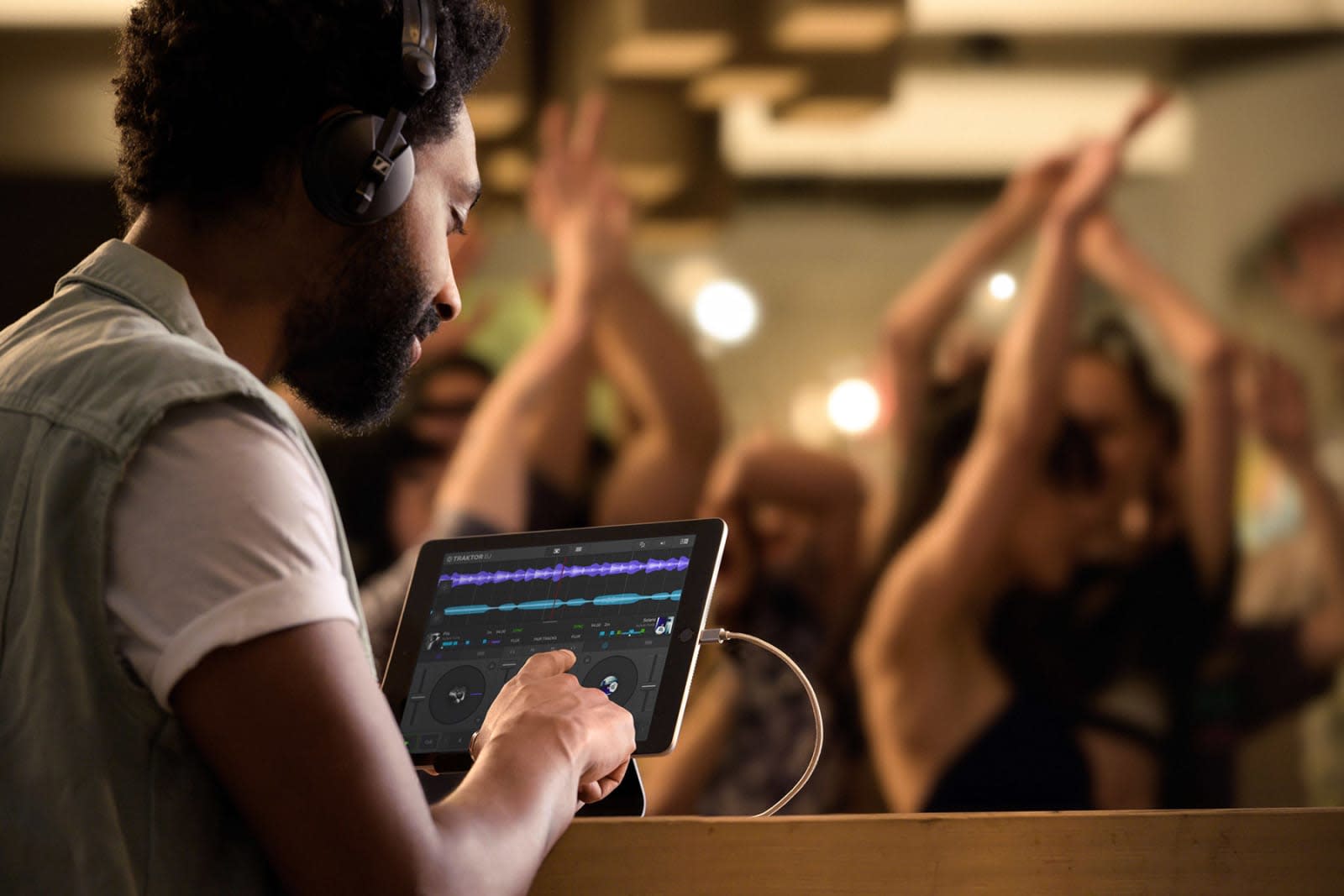 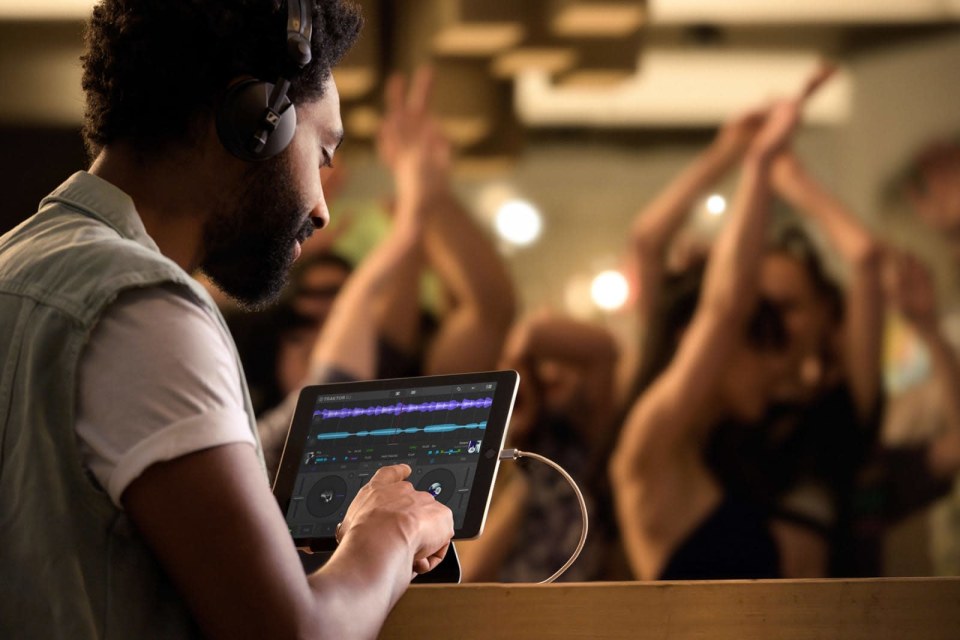 Last fall, Native Instruments gave its DJ and production hardware a significant refresh, especially at the entry level. Today, the company is introducing a second wave of tools to complement the new line up, along with even more new hardware.

First up is the news that Traktor DJ (the iOS version of its flagship Traktor software) is getting an overhaul. Traktor DJ 2 doesn't just come with new features -- like the ability to mix tracks from Soundcloud Go+ as hinted at recently -- it'll also be available as a desktop app for the first time. This means you'll be able to, er, mix things up with either a laptop or iPad at the heart of your performance. It also means you'll have more flexibility, like keeping your performance lightweight with the iPad, but using a laptop for organizing and prepping your tracks. This time around there's no iPhone compatibility though, in case that was your thing.

Traktor DJ 2, then, somewhat competes with Traktor Pro LE as a lighter (yet still capable) DJ tool -- albeit a more flexible one. Native Instruments has faced competition from the likes of DJay in the "advanced-casual" DJ space, so the update shows the company is taking that range of performers more seriously.

More interesting is Traktor DJ 2's integration with gear like the new Kontrol S2 Mk 3. You've been able to connect controllers to your iOS device for some time, but deep integration with more capable hardware has been lacking. Traktor DJ 2 also sneaks in a few features that Traktor Pro 3 doesn't have (that aforementioned SoundCloud integration, and "smart" track recommendations.

The recently-refreshed Kontrol S2 happens to come with a dedicated USB port labeled "iOS" so it's safe to assume the integration here will be tight and more extensive. This potentially makes the S2 a more viable solution for laptop-free DJing, if you're comfortable with relying on an iOS device.

At $49/£44 when it lands "this spring," Traktor DJ 2 is a fair bit pricier than the $10 iPad app it succeeds but we do know a license will come free in the box with the S2 Mk 3, and those who already bought the controller will be offered a free download. 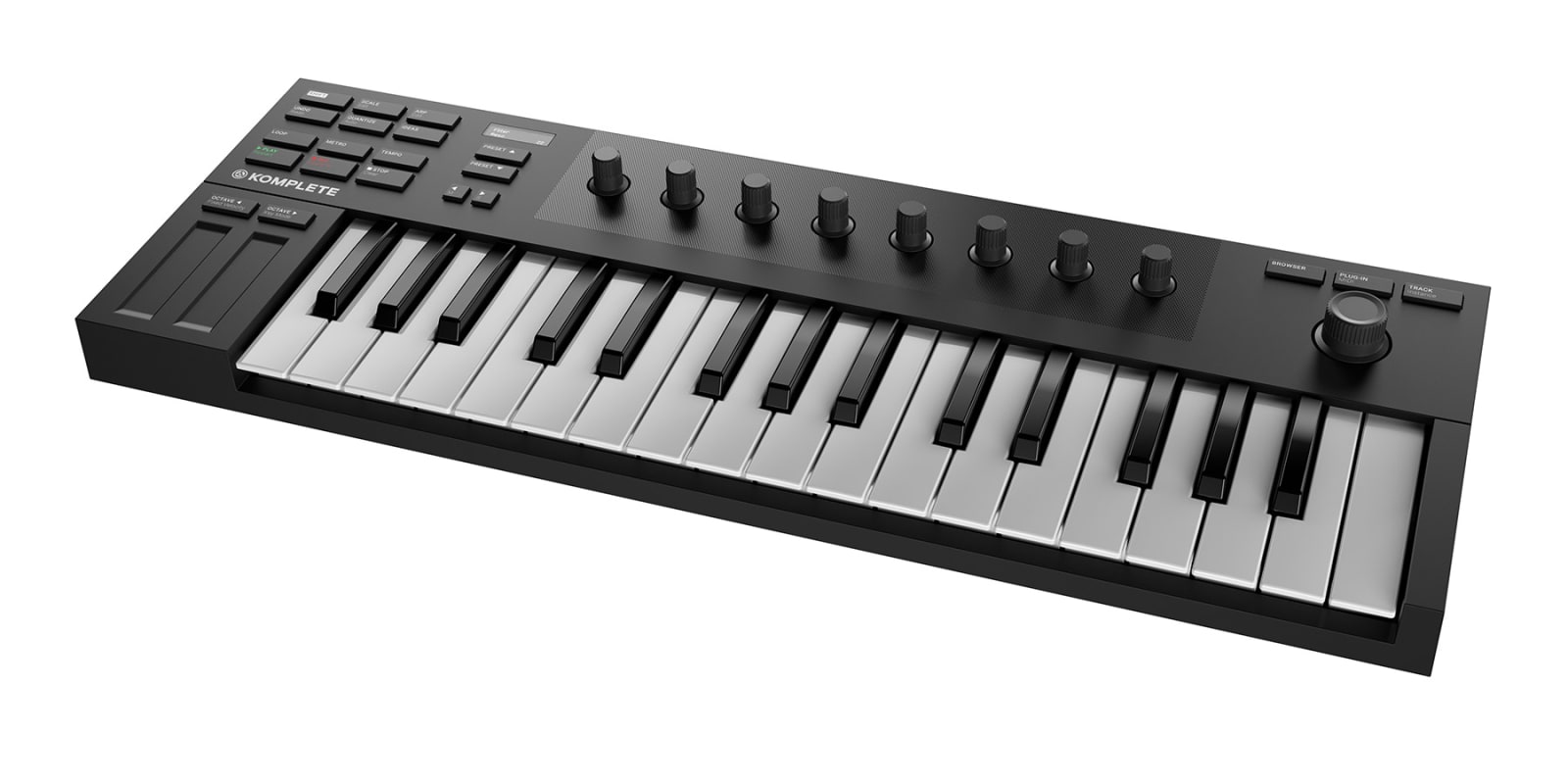 For producers, there's a new entry-level keyboard/controller for Native Instruments' Komplete software suite. The Kontrol M32 shares DNA with the company's existing A- and S-series controllers, but with a narrower form factor. Like a slimmer A25, with touch pads/faders instead of physical pitch and mod wheels. At $129/£99 it bests the A25's $159 entry point, becoming the most affordable way into Komplete Kontrol when it launches on March 6.

Rounding out the new goodies are a pair of new audio interfaces, likely aimed at those relying on their PC's built-in sound processor. The Komplete Audio 1 ($109/$79 and Audio 2 ($139/£109) are smaller than previous Native Instruments interfaces, with two-channel connectivity. Which one is better for you will depend on what you want to plug into it (XLR/TRS etc.).

If you don't want to spend any money at all, there's still something here for you. Native Instruments is introducing a free version of its Komplete software suite. Komplete is essentially a way to access nearly every core software synth or plug-in that the company makes (depending on the package you pay for). Unsurprisingly, free doesn't buy you nearly as much, but Komplete Start does offer nine instruments, six effects and over 2,000 sounds to get you started when it lands next month.

A lot to chew on there, but if you're a Native Instruments fan, there's likely a little something for everyone. And at the very least, it's encouraging to see the point of entry edge a little lower.

In this article: av, desktop, entertainment, gadgetry, gadgets, gear, ios, komplete, kontrol, nativeinstruments, pc, traktor, traktordj2
All products recommended by Engadget are selected by our editorial team, independent of our parent company. Some of our stories include affiliate links. If you buy something through one of these links, we may earn an affiliate commission.