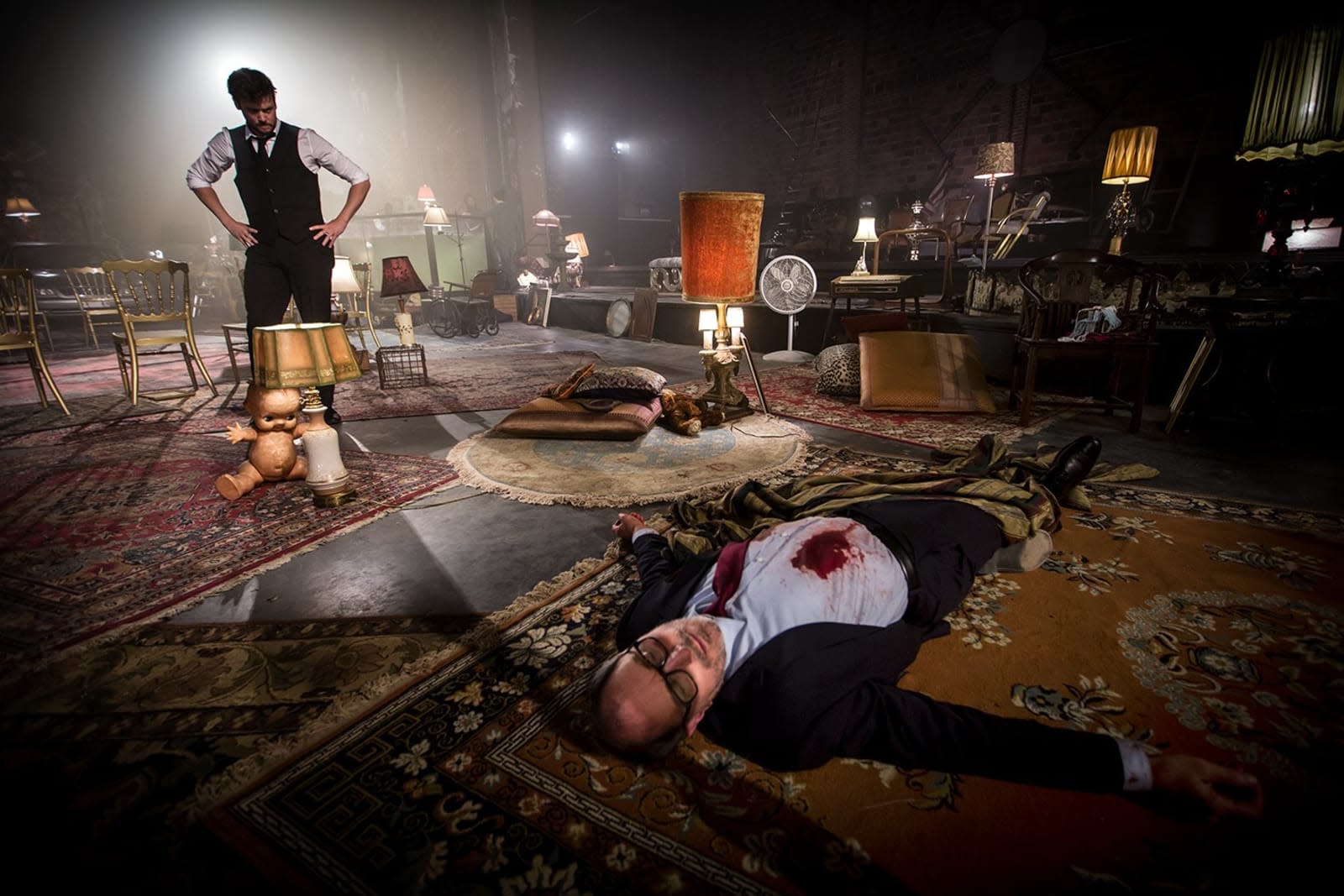 If you were relegated to stage crew duties during your high school's production of Hamlet, now is your time to finally get on stage -- albeit in an unconventional way. Google partnered up with the Commonwealth Shakespeare Company to create Hamlet 360, a presentation of the classic Shakespeare play in virtual reality and puts you in the silent role of Hamlet's father.

The modern production of Hamlet doesn't hit all of the notes of the original. Given the medium, the play has been streamlined to focus primarily on the relationship between Hamlet and his slain father. While the 61-minute play runs its course, the actors move around and encourage the viewer to follow them and explore. The single-stage production is littered with an eclectic collection of ornate furniture, rugs and, at one point, an old car. Take a glance in a mirror during the play and you'll see a reflection of a bloodied, pale man. In this production, you are the fallen king.

Hamlet 360 is available to watch on the YouTube channel of Boston public radio station WGBH. It's meant primarily to be watched on a virtual reality headset -- Google recommends using Google Cardboard, though any VR headset will do -- but you can view the 360-degree video on your phone, computer or some TVs if you so choose.

In this article: art, av, entertainment, google, hamlet, hamlet360, VirtualReality, vr
All products recommended by Engadget are selected by our editorial team, independent of our parent company. Some of our stories include affiliate links. If you buy something through one of these links, we may earn an affiliate commission.