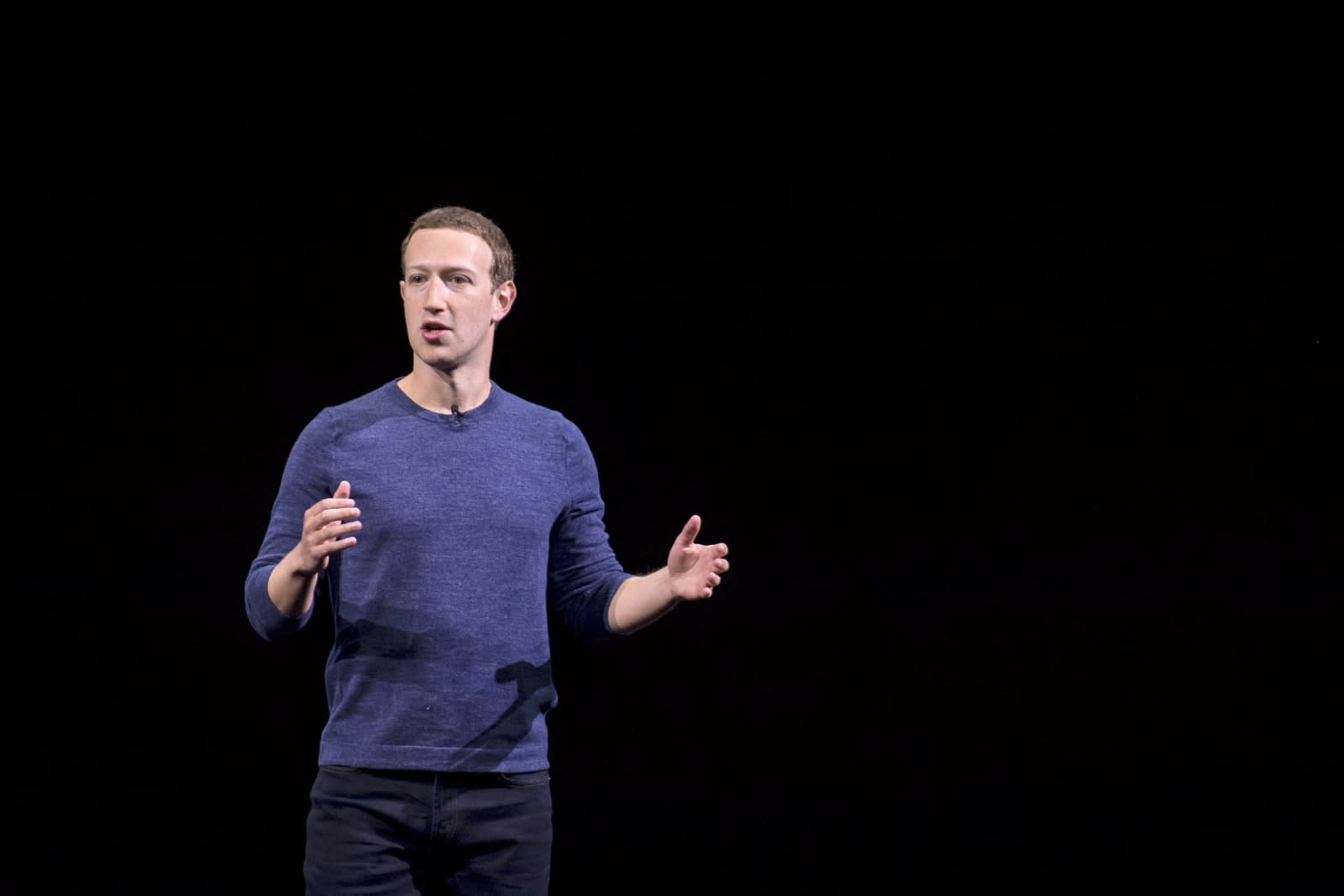 Despite seeing off Congress and the European Parliament, Mark Zuckerberg's Facebook apology tour shows no signs of stopping. His latest peace offering is a Wall Street Journal op-ed titled, "The Facts About Facebook." It sees him pausing to reflect on Facebook's past ahead of its 15th birthday -- "I built a service people could use to connect and learn about each other" -- before diving into a defence of its ad-targeting exploits.

The message remains the same: Zuck explains that Facebook is a free service and therefore it serves users "relevant ads" to make money, but never sells their data. This time, however, it's meant as much for Facebook's investors (who read the WSJ) as its users. It was only in November that Zuckerberg said he would not be stepping down as chairman of the social network. He was forced to make the statement in the wake of an explosive report that alleged, among other things, that Facebook knew of Russian activity on its site since 2016 (even though details of the campaign didn't come out till 2017).

Zuckerberg also reiterated that he isn't against Facebook being regulated, an idea that seemed to have bipartisan support during the Congress hearings. "Ultimately I believe the most important choices around data are transparency, choice and control," said the Facebook CEO. "We believe regulation that codifies these principles across the internet would be good for everyone."

He concludes by circling back to the benefits of Facebook's business model and how it empowers small businesses to reach more customers and create "millions of jobs" (another point that should go down well with investors and even lawmakers).

This probably won't be the last op-ed or interview we'll be treated to either. Facebook's manifold privacy scandals -- from the fake news crisis to Cambridge Analytica's wholesale data harvesting -- means the CEO is set to spend 2019 defending his company. Zuckerberg's next challenge? Explaining that potentially massive FTC fine that's apparently on the cards.

In this article: business, facebook, gear, MarkZuckerberg, privacy, TargetedAdvertising
All products recommended by Engadget are selected by our editorial team, independent of our parent company. Some of our stories include affiliate links. If you buy something through one of these links, we may earn an affiliate commission.