At Sundance, VR explores America's legacy of racism and... Eminem

It's another fascinating year for artistic VR experiences.

We've reached a point where it's no longer surprising to find virtual reality experiences at film festivals like Sundance and Tribeca. Where better to explore the evolution of cinema and our relationship with moving images? While VR still hasn't quite taken off among mainstream consumers, it's the perfect medium for events where attendees are eager to explore experimental art forms, even if they're not fully baked yet.

Last year, VR let us experience how stars are born and die, the indigenous futurism of a post-human Toronto, and the stunning consequences of climate change. It was easy to chart the evolution of virtual filmmaking: Everything simply looked better, and artists were getting more comfortable with the language of VR. Now as the next Sundance Film Festival kicks off, its time for the next wave of VR to shine. There isn't a noticeable jump in quality this time around, but it's clear that filmmakers still have plenty to say.

Traveling While Black, directed by Roger Ross Williams, explores just how difficult it was for African Americans to move around the US during the Jim Crow and Civil Rights eras. It uses 360-degree video to place you right inside of Ben's Chili Bowl, a historic safe space for black travelers in Washington, DC. As you're sitting in a booth, you hear first-hand about how dangerous something as simple as bus trip could be. The 19-minute film puts you face to face with Courtland Cox, the renowned civil rights leader, as well as Tamir Rice's mother, Samaria, who recounts the moment when she learned her son was gunned down by police officers.

Williams and co-director Ayesha Nadarajah use the 360-degree video perspective in intriguing ways. At times, the booth mirror beside you reflects Ben's Chili Bowl in the past, symbolizing how the problems we're facing today are directly connected to what came before. In other scenes, like the segment with Samaria Rice, you're sitting in the middle of a crowd, and you can see how her story deeply affects everyone in the room. It's an experience you can't easily recreate by watching the film on a 2D screen.

Traveling While Black is Williams' first VR film, but he had some guidance from co-producers Felix & Paul, the VR outfit behind the Obama's White House tour and love letter to America's national parks. And even though it's premiering at Sundance, Oculus Rift and Go owners can also check it out today. It'll also be available as a 360-degree video on the NYT's Op-Docs page.

Felix & Paul are also behind Marshall from Detroit, Marshall "Eminem" Mathers' ode to his hometown. It's an all-encompassing video that follows the artist as he reminisces with rapper and journalist Sway Calloway. It's mostly set in the back seat of a limo, but since you're watching it in VR, it's as if you're part of that intimate conversation as well. We get a glimpse at Eminem's original haunts, and at one point you're placed right in the middle of a rap battle. (A fitting compliment to Bodied, the film Eminem produced last year about the LA battle scene.) You can think of Marshall from Detroit as a VR podcast, the sort of deep dive Eminem fans will love, even if it's not doing much new creatively. 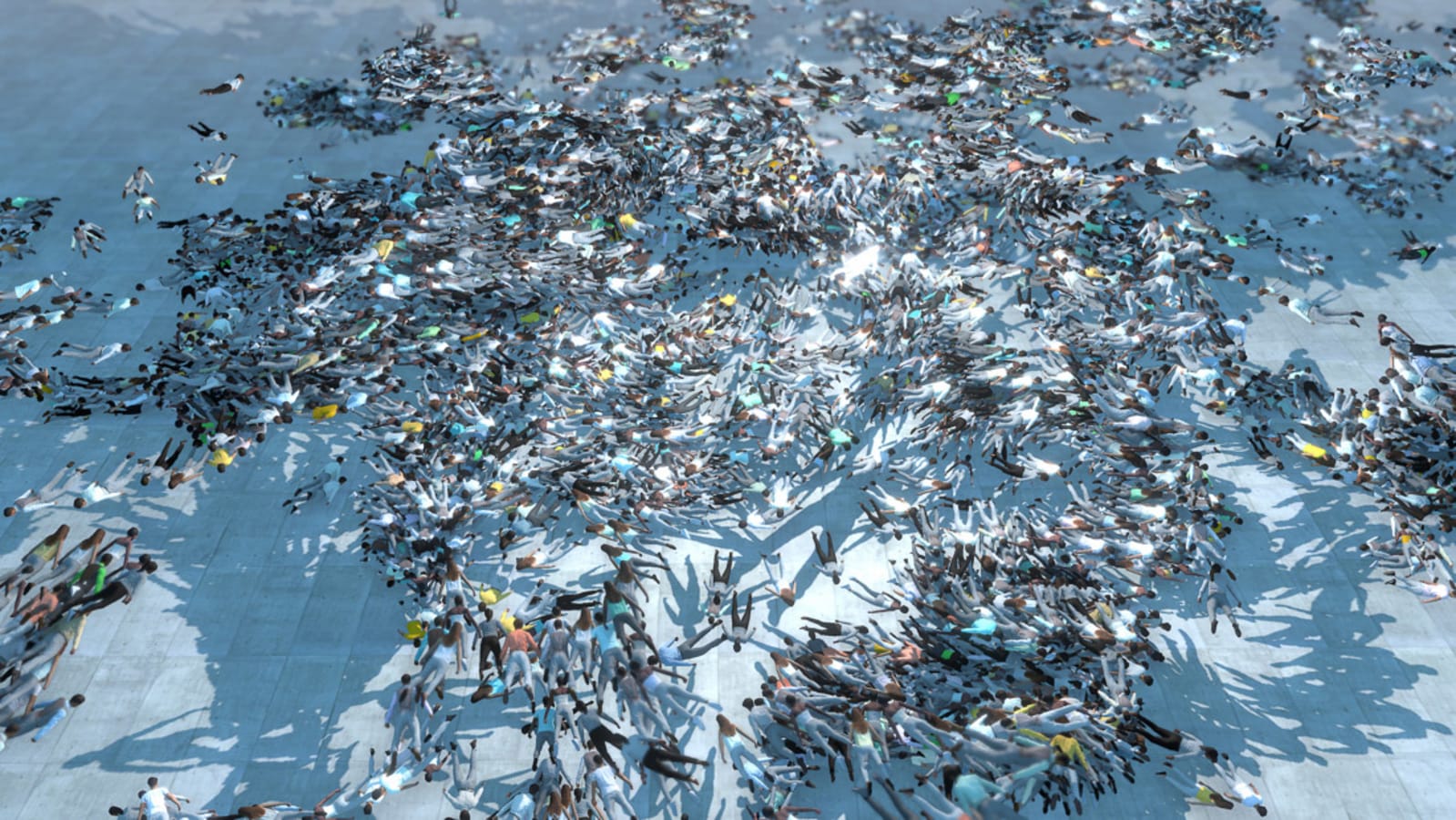 Moving away from 360-degree video and into interactive VR, there's Emergence, an Oculus Rift experience from Within and the artist Matt Pyke of the creative firm Universal Everything. It gives you a bird's eye view over a crowd of thousands of figures, where your avatar us just a single figure. As you move the analog sticks of the Oculus Touch controllers around, you'll notice that everyone tends to follow what you're doing. It's a relatively short experience, lasting only around five minutes, but the sense of scale is impressive.