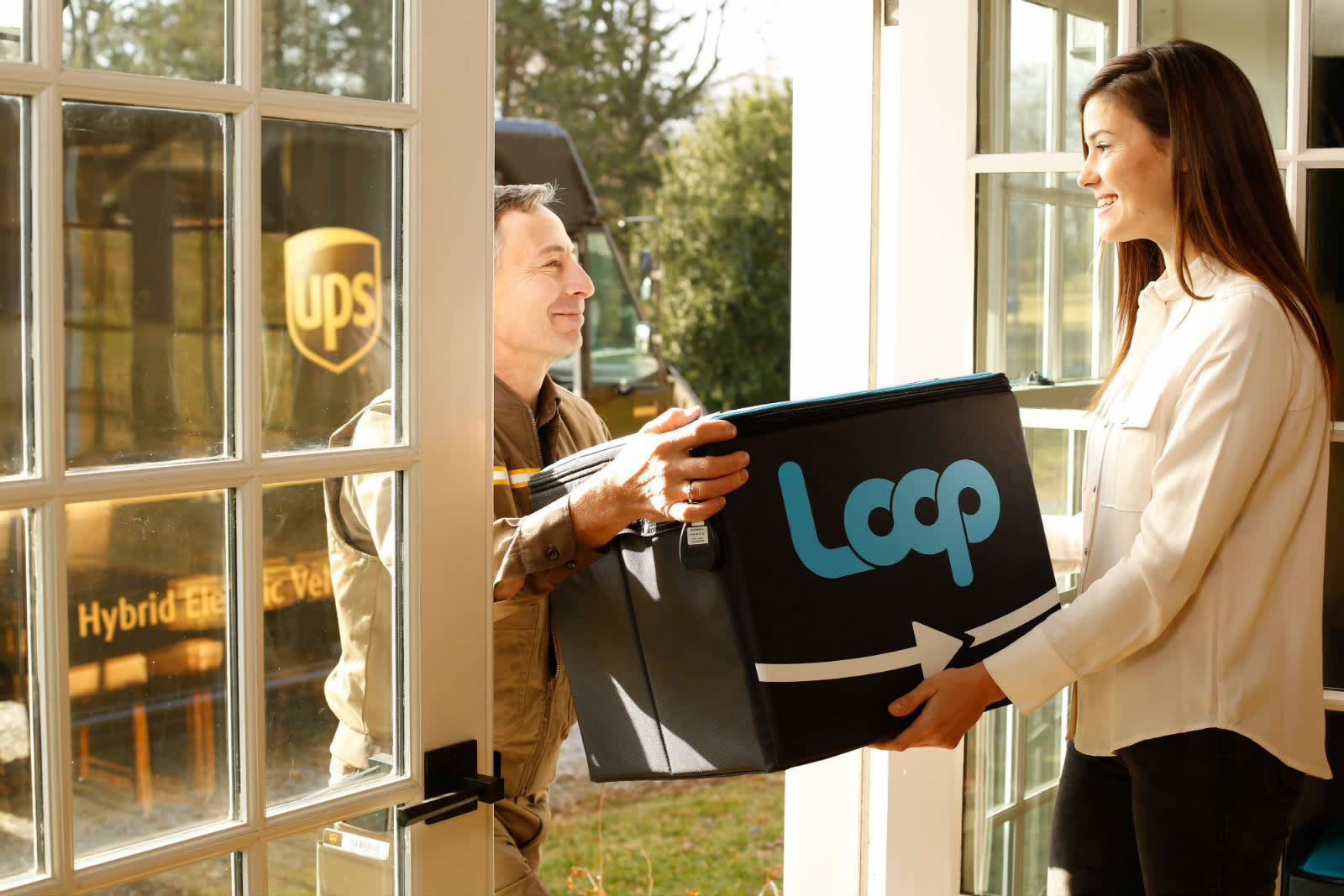 A lineup of the world's biggest consumer brands are joining a zero-waste online shopping project that delivers items in refillable and reusable containers. Loop -- announced at the World Economic Forum in Davos, Switzerland last week -- is an online shopping platform that wants to save customers the hassle of recycling by adopting the age-old model of the milkman.

Loop is now set to add 300 items to its site -- including Tide detergent, Häagen-Dazs ice cream, Axe deodorant, Coca-Cola and Pampers diapers -- under a new pilot scheme with backing from the likes of Procter & Gamble (which owns a 2 percent stake in the platform), Unilever, Nestlé, PepsiCo, and Danone. Together they're hoping to rid the world of the scourge of single-use plastics (the type clogging up landfills and our oceans). The service will roll out to several thousand consumers in New York and Paris this May, according to CNN, with plans to expand to London later in 2019 and Toronto, Tokyo and San Francisco in 2020.

At first glance, Loop's ordering system looks like any other: customers create an account, add items to an online basket (with the service promising prices comparable to a nearby store), and checkout. But there's a twist. On top of the regular cost of the item, customers must put down a fully refundable deposit for each package, ranging from 25 cents for a bottle of Coca-Cola to $47 for a Pampers diaper bin.

In the US, the items are sent and collected by UPS in a tote bag. Each product also comes in its own custom-branded container, which utilize materials such as stainless steel and glass. When you're done with an item, you just toss it back in the tote for collection. It's then sent to a cleaning and sterilization facility to be refilled for another customer. Meanwhile, your next order will be automatically triggered for delivery (if you've set it to do so). The entire system is run by waste management company TerraCycle, which has been working on the project with its consumer partners for over a year.

Of course, hygiene items that are normally thrown out are handled differently than, say, soda. As part of the Paris test, Procter & Gamble will use a durable bin for diapers and menstrual pads that boasts a carbon filter to block odors. The items are picked up for recycling, while the bin is sanitized for reuse.

"We realized that recycling and using recycled content is about trying to do the best you can with waste, but it's not solving the foundational reason we have waste," Tom Szaky, TerraCycle's CEO and co-founder, told GreenBiz. "We did a lot of reflection on that and realized that the foundational cause of garbage is disposability and single-use. We tried to come up with a way to solve for disposability but maintain the virtues of disposability, which are convenience and affordability."

In this article: e-commerce, environment, gear, green, loop, nestle, OnlineShopping, PepsiCo, ProcterAndGamble, recycling, ReuseAndRecyclingProgramme, services
All products recommended by Engadget are selected by our editorial team, independent of our parent company. Some of our stories include affiliate links. If you buy something through one of these links, we may earn an affiliate commission.