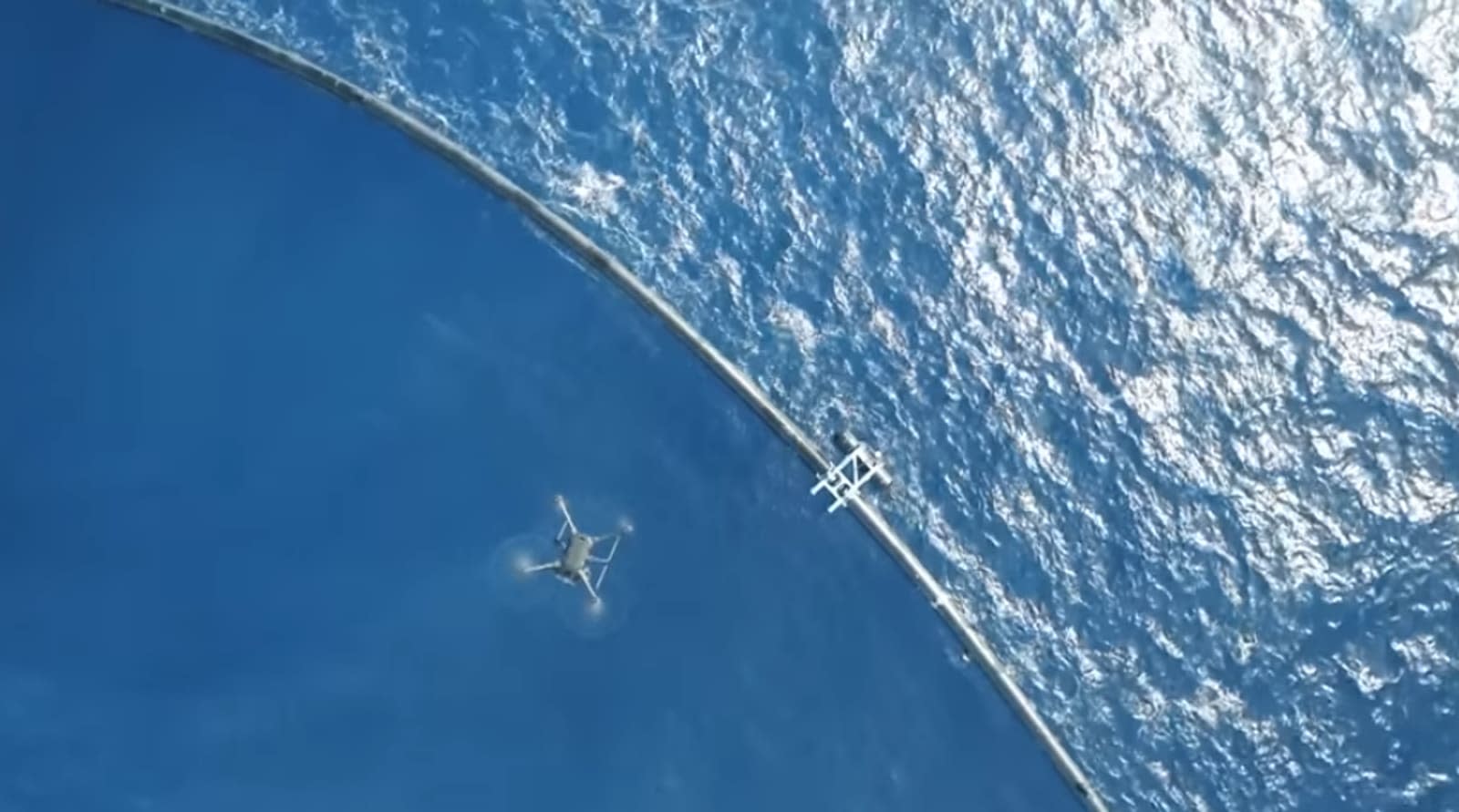 The "giant pool noodle" dispatched into the Pacific Ocean last September to catch and clean up thousands of tonnes of floating plastic has run into trouble. Invented by Boyan Slat when he was 17, the 2,000-foot-long U-shaped floating barrier was designed to travel with wind and wave propulsion collecting pieces of plastic as small as a millimetre in size from the "Great Pacific Garbage Patch" between Hawaii and California. But after just a few months at sea, the device -- called System 001 -- is heading back to land after seeing major setbacks.

In a recent interview with NPR, Slat, now 24, explained that the system would occasionally drift out of its U-shaped funnel, and that last week a 60-foot-long section of the barrier broke away. Slat's team believes that at four inches per second, the device is moving too slowly, and that the materials involved in its construction need to be reinforced due to wear and tear from the battering waves and storms found in its remote location, some 260 miles away from land. System 001 is now being taken back to Hawaii for repair.

Forbes estimates the project to cost around $24.6million, so this setback is significant. However, Slat and his team maintain that the future is still bright for the giant floating boom. "We are, of course, quite bummed about this," the Dutch organization Ocean Cleanup wrote on its blog. But speaking to NPR's Michel Martin, Slat said that "In principle, I think we are relatively close to getting it working." If perfected, the device could extract around 55 tons of plastic from the ocean every year, with the long-term aim of deploying 60 systems that would extract 50 percent of the Pacific Garbage Patch plastic every five years.

In this article: design, GreatPacificGarbagePatch, green, marine, ocean, OceanCleanup, plastic, pollution, System001, tomorrow
All products recommended by Engadget are selected by our editorial team, independent of our parent company. Some of our stories include affiliate links. If you buy something through one of these links, we may earn an affiliate commission.