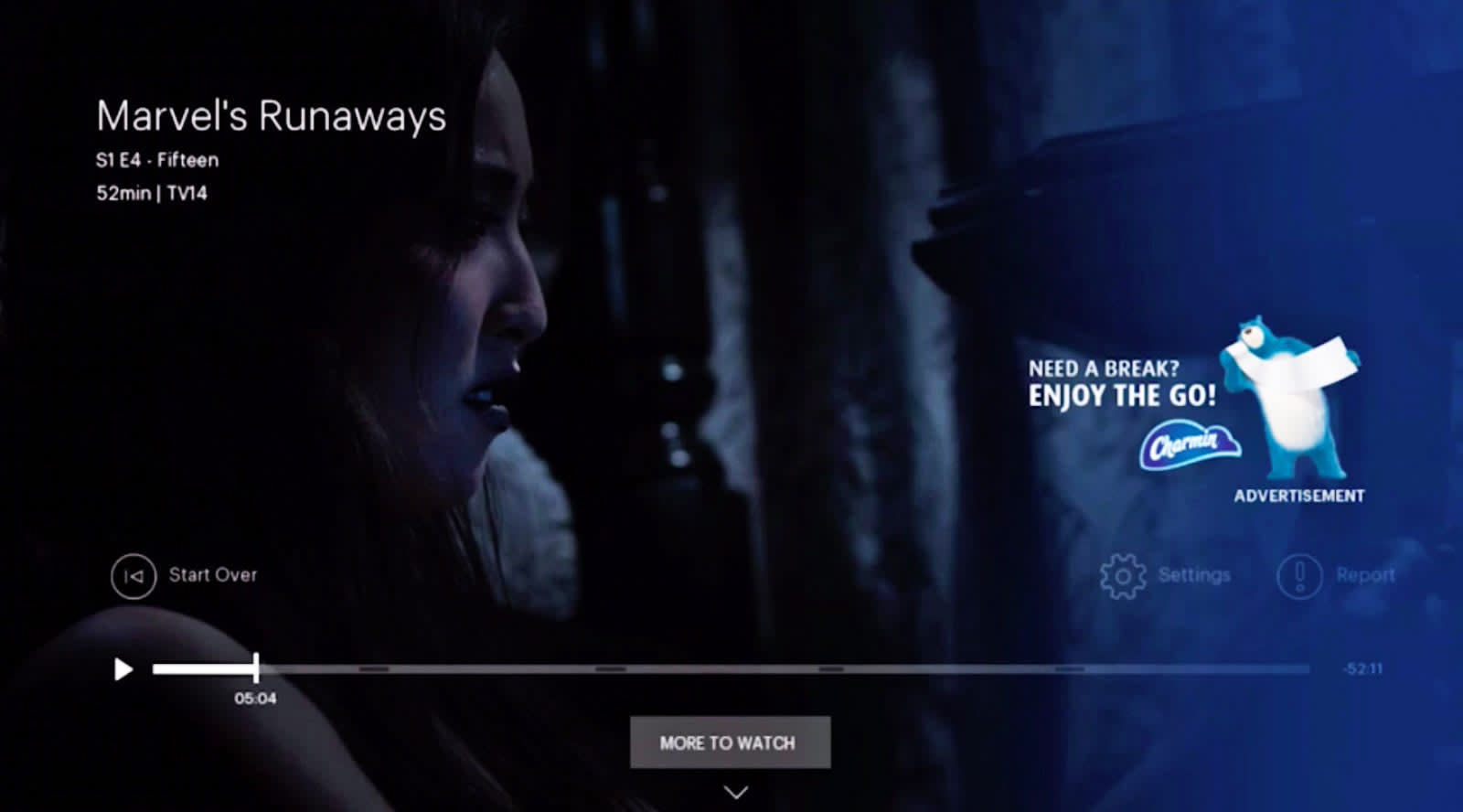 Hulu is set to show you ads from popular brands when you hit pause during a binge. According to the streamer, the static promos will start appearing in the spring for select shows and movies. Unlike traditional TV ad breaks that interrupt your viewing, Hulu says its new ads are designed to be "non-intrusive." They'll also carry messaging that's relevant to a pause break, starting with ads from Coca-Cola and toilet-paper brand Charmin (pictured above). Because, let's face it, you're probably stepping away from The Handmaid's Tale to grab a bite or to visit the john.

Hulu claims the new ads were a hit with customers during testing. What it didn't reveal is what tier it's adding the promos to. Engadget has learned that the promos will be limited to Hulu's ad-supported, basic tier. When you're discounting prices to one-up Netflix, you've got to make up for it elsewhere, right? Chances are, those forking out extra for the ad-free experience likely wouldn't have been thrilled if they'd popped up during their pause breaks.

The ads were first outed in a Variety report last month, which added that AT&T is also planning something similar for one of its streaming services. If they take off, they may wind up on a lot more platforms, especially as the streaming wars see competing services pushing for cheaper subscriptions.

Update: 10:56am ET -- This post has been updated to reflect that pause break ads will only appear for Hulu subscribers on the basic tier.

In this article: ads, advertisement, advertisements, advertising, business, entertainment, hulu, StreamingVideo
All products recommended by Engadget are selected by our editorial team, independent of our parent company. Some of our stories include affiliate links. If you buy something through one of these links, we may earn an affiliate commission.