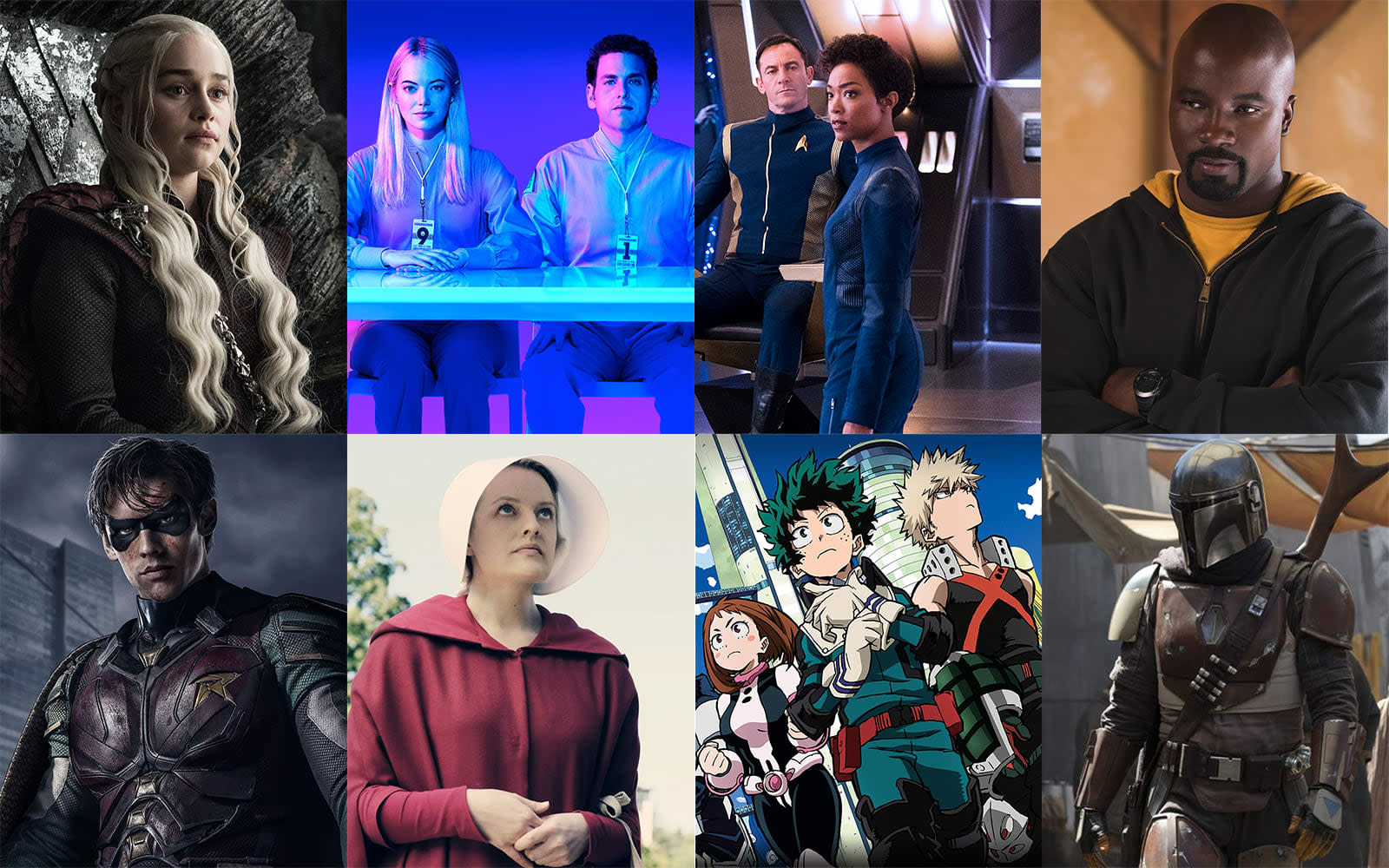 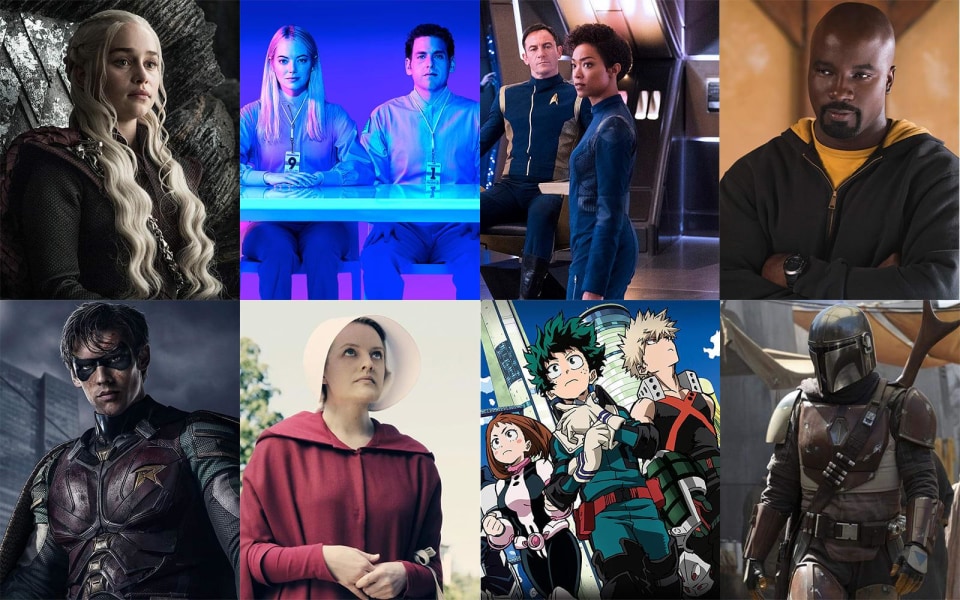 Like Thanos at the end of Infinity War, Marvel has culled some of its Netflix universe, canceling both Iron Fist and Luke Cage in the past few weeks. That leaves Daredevil and Jessica Jones as the remaining Defenders on the streaming service, plus spinoff property Punisher. The company promised that this wasn't the last time we'd see either hero, just that it was the end of their respective shows "on Netflix," fueling speculation that they'd be heading to Disney's upcoming streaming service. Now we'll have to cough up even more money if we want to keep up with the continuing adventures of Luke, Colleen, Misty and maybe Danny. (Ed. note: Nobody wants to keep up with Danny.)

One of the draws of cord cutting is the lower cost as compared with cable, but, with the proliferation of services, the monthly drain is creeping up. I currently pay $14 a month for Netflix, $8 for Hulu and about $10 for Amazon. If I really wanted to keep up with everything, I'd need to tack on $15 for HBO Now, $6 for CBS All Access, $8 for Funimation, $10 for VRV's package of channels and $7 for DC Universe, which puts us close to $80 a month. That's before we even factor in live TV alternatives like Sling TV and PlayStation Vue. We don't even know how much Disney's service will cost yet, but, with shows like The Mandalorian on the way, I know I'll probably want it too.

Star Wars and Marvel aren't the only geek-related properties making their way to new and unestablished services lately. Fans were incensed when Star Trek: Discovery was made a CBS All Access exclusive, even as it was aired on TV in Canada and streamed via Netflix everywhere else. The DC Universe's first foray into live-action streaming entertainment, Titans, is exclusive to its eponymous streaming service in the US, while the rest of the world gets it on... you guessed it: Netflix. And anime localizer Funimation is pulling most of its content from Crunchyroll and VRV next month, with president Gen Fukunaga confirming that this was due to Sony's majority stake in the company. So anime fans will have to subscribe to Funimation Now for their Dragon Ball Super fix.

Streaming exclusives have been a thing for a while, but now the battle for geek dollars is heating up. Companies have realized how easy it is to squeeze fans and our obsessive desire to be up to date on all the hot genre (mostly science fiction and fantasy) shows. No one likes to have to step out of watercooler conversations or avoid Twitter for days to keep spoilers at bay. And the most recent "Best Drama" winners at the Emmys were dystopian fable The Handmaid's Tale and the epic fantasy Game of Thrones, making them essential viewing for anyone who wants to keep up with the zeitgeist. (The latter program also holds the distinction of being the most pirated show on the internet.) As a person who grew up reading Marvel Comics, I'd love to be able to follow all of its TV properties. But, unlike with cable or channel-based services like VRV, there's no handy entertainment package for me to subscribe to to get all of my favorite content in one place. I have to subscribe to three independent providers instead: Netflix, Hulu and Disney's service.

This confusing situation isn't just about preying on people's obsession with certain characters or universes, either. People heavily invested in geek culture also tend to be more technology savvy, so they're more likely to be cord cutters. And the number of people dipping their toe into streaming television is growing, with almost 60 percent of the US population holding a subscription to one or more services (but usually Netflix). These providers may have at first dabbled in mainstream fare like House of Cards, Orange Is the New Black and Transparent, but now they're investing in a myriad of genre-related orders: Even Shonda Rhimes has been tapped to do a sci-fi show for Netflix. And, as a fan of the original Avatar: The Last Airbender series, of course I'm looking forward to the live-action Avatar show, as well as She-Ra and the Princesses of Power and the next season of The Dragon Prince.

Unfortunately, we all have only so many dollars we're willing to spend. It's easy enough to cancel a service to save money in the months when there's nothing new to watch. I know plenty of people who dropped CBS All Access after their free trial and will probably pick it up again once Discovery season 2 premieres. But that's why CBS has four more Star Trek shows lined up, including one focused on Captain Picard and an animated comedy called Lower Decks. Programs like these don't have to follow the traditional TV season, so services can release them throughout the year, making it hard for you to stop watching. I can't keep track of all the new shows and movies Netflix drops (I just finished Maniac last weekend), never mind Amazon and Hulu. Altered Carbon, Electric Dreams and Man in the High Castle are all nerdy highbrow shows I started but haven't had the time to finish.

So I'm spending a bunch of money on shows I don't even watch... It's basically no different from having cable. Cord cutters have long extolled the virtues of an "a la carte" model of TV consumption, where you pay only for what you actually want. Well, congratulations! We're there, and it stopped being cheap a while ago. (No wonder piracy's going back up.) Geeks might be fond of cutting the cord, but we're also quite fond of BitTorrent.

What happens now? A lot of companies hoping for 100 percent of the profits by starting up their own services will find their audience shrinking as the competition proliferates. WarnerMedia is already shutting down FilmStruck, which catered to hardcore cinephiles. However, it's still spinning up a service next year that will offer programs from Warner Bros., Turner and even HBO. One can only hope that other companies will take the hint and start bundling their offerings together like VRV, or maybe they'll just go crawling back to the three major services, which will be a lot easier on our wallets.

Update: A representative from Ellation, the parent company of Crunchyroll and VRV, has told us that My Hero Academia will still be available subtitled on both platforms for the time being. We have updated the post to reflect this.

In this article: amazon, amazonprime, av, cbs, crunchyroll, dcuniverse, disney, disneyplay, editorial, filmstruck, funimation, hulu, marvel, netflix, services, starwars, vrv, AV, Services, feature, entertainment
All products recommended by Engadget are selected by our editorial team, independent of our parent company. Some of our stories include affiliate links. If you buy something through one of these links, we may earn an affiliate commission.